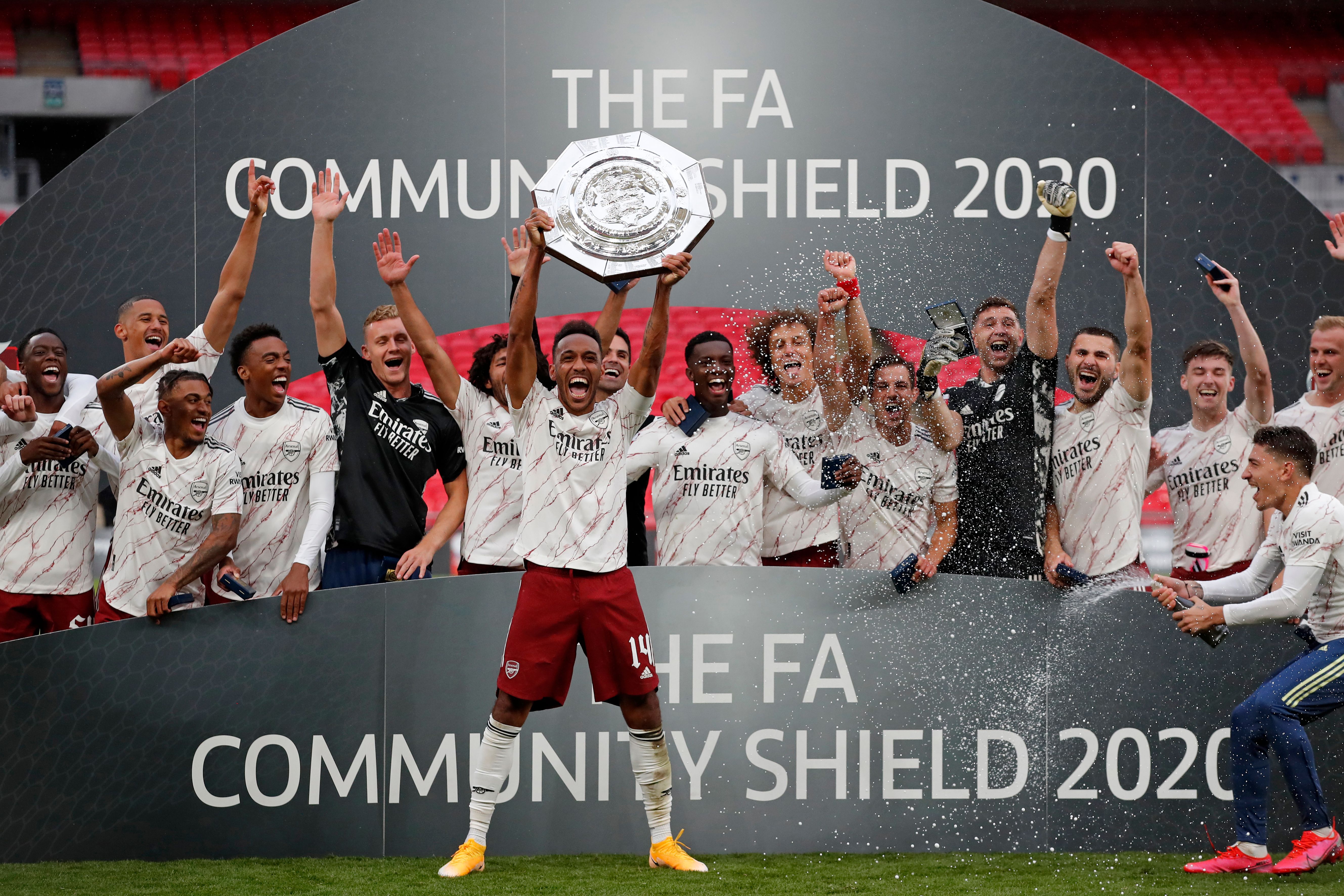 Arsenal managed to win their fourth Community Shield in seven years as they beat Liverpool in a penalty shoot-out at the Wembley Stadium on Saturday.

The north London side came into the game without a number of regular players due to different reasons and Jurgen Klopp’s side definitely had the advantage with the team on paper and the extra preparation.

Still, the Gunners were the ones to open the scoring in the contest with club-captain Pierre-Emerick Aubameyang finding the back of the net with a fine curling shot in the 12th minute.

Mikel Arteta’s side had a couple of more genuine scoring opportunities through Eddie Nketiah, but he could not producing the same level of finishing as Aubameyang.

In the second half, the Reds dominated the possession as the Gunners tried to hold on to their lead. Takumi Minamino finally breached their backline with a close-range goal in the 73rd minute.

With one week less preparation than the Reds, a number of Gunners players were struggling to keep up with the pace of the game, but they managed to end normal time on a good note after few late substitutions.

In the penalty shoot-out, the Gunners managed to prevail by converting each of their spot kicks. Rhian Brewster’s miss eventually proved the difference between the sides.

Pierre-Emerick Aubameyang delivers again at Wembley: Aubameyang ended the previous campaign on a high note by scoring braces against Manchester City and Chelsea in the semi-final and final of the FA Cup respectively as the Gunners won the famous old competition. He continued from where he left out with a sublime long-range goal against the Reds to help the Gunners win another piece of silverware. He is now the Gunners’ joint top-scorer at the Wembley Stadium alongside Alexis Sanchez with five goals. The Gabon international has played a part in each of the club’s previous eight goals scored across all competitions.

Ainsley Maitland-Niles’ display: The Gunners graduate had a birthday to remember as he produced a top-class performance from the left wing-back position. The 23-year-old comfortably handed the threat from Mohamed Salah alongside Kieran Tierney and he made more tackles (four) and clearances (three) than any other player on the field. Meanwhile, he also provided an attacking presence and showed a tireless workrate despite the fact that he had only two training sessions under his belt. He capped off the performance by scoring in the penalty shoot-out with sheer confidence. He was voted the man of the match and following the game, he earned the biggest reward with his maiden call-up to the England national side.

Mikel Arteta’s impact: The Gunners were defensively in tatters before Arteta took charge in late December. Under the Spaniard, they have shown a strong defensive resolve and another fine example was displayed in the Community Shield against the reigning Premier League champions. Of course, the defence needed the additional help from goalkeeper Emiliano Martinez, who made a couple of quality saves against Sadio Mane, but overall, it was a solid showing without any blunders. The north London side have shown a vulnerability from set-pieces in recent years, but that should improve with Arteta recently bringing in a specialist coach to solve the concern.