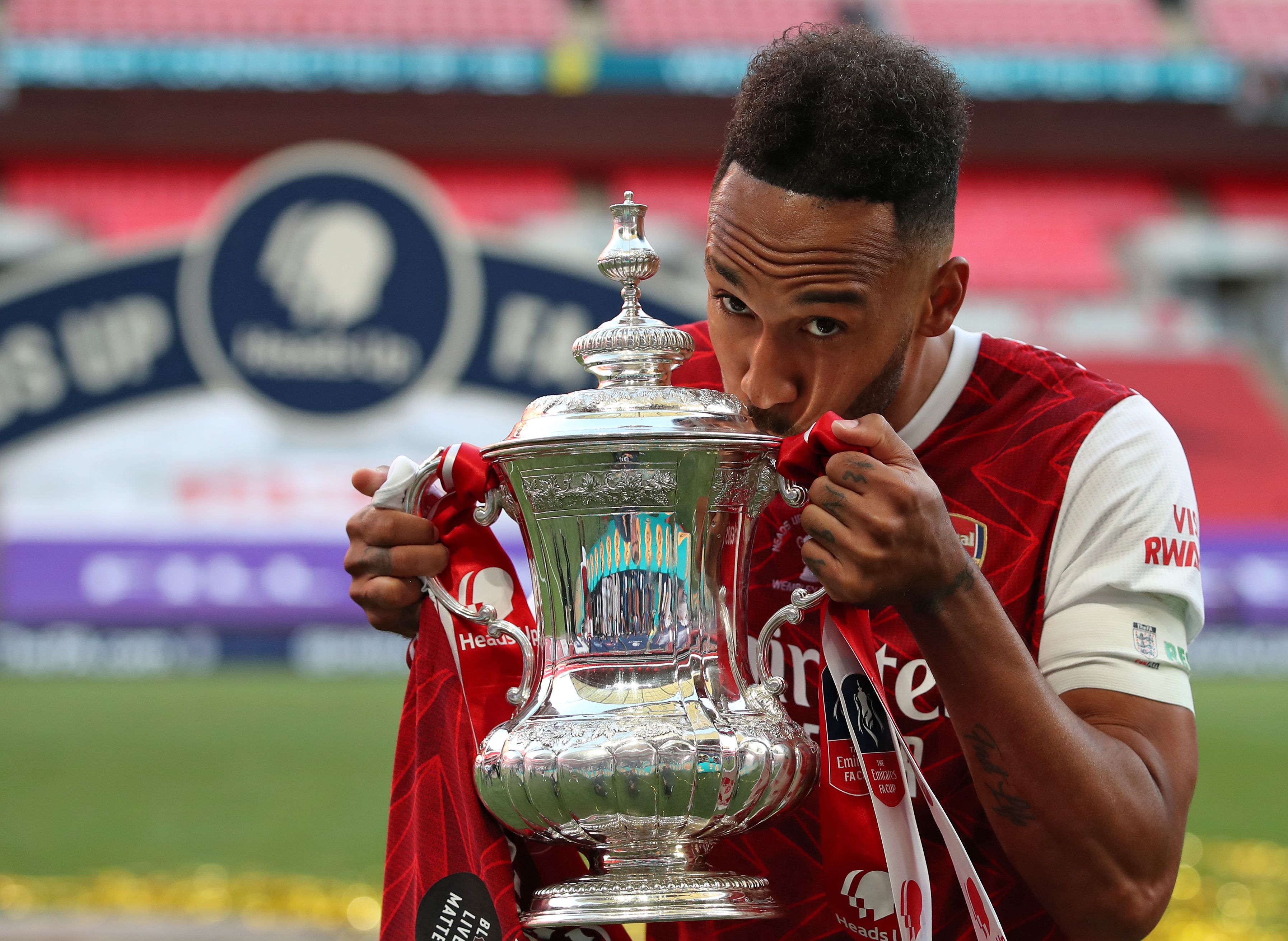 Arsenal won their 14th FA Cup title on Saturday evening following a 2-1 comeback win over Chelsea at the Wembley Stadium.

Christian Pulisic gave the Blues a deserved 1-0 lead after just five minutes on the clock and the club looked good value to double the advantage.

However, the Gunners managed to sort themselves out after the initial defensive lapse and they levelled the scores before the 30th-minute mark.

Pierre-Emerick Aubameyang was fouled by Cesar Azpilicueta in the box and the Gunners captain comfortably converted the resultant spotkick.

Aubameyang doubled the advantage for the Gunners in the 67th minute with a clever left-footed chip over Willy Caballero and that was sufficient for the club to lift a record 14th FA Cup crown.

Arsenal’s very own Mr.Wembley: Didier Drogba earned the nickname during his time at Chelsea where he scored nine goals from 10 Cup finals at the Wembley Stadium. Aubameyang was splendid for the Gunners in the surprise semi-final win over Manchester City with a brace and he replicated the performance in the final against cross-town rivals Chelsea. The Gabon international has received criticism during his career for failing to show up in the big games, but he has definitely made a point with his recent Wembley displays.

Anthony Taylor’s decisions: While the Gunners deserved their victory on the basis of their performance, the Blues should feel frustrated with the decisions which went against them. Referee Anthony Taylor sent off Mateo Kovacic for a second bookable offence in the 73rd minute when he barely touched the boot of Granit Xhaka. The decision also surprised a number of Gunners fans including myself. The Blues struggled to pose any threat on Emiliano Martinez’s goal in the second period, but being a man down did not help their cause.

Chelsea’s triple injury blow: Chelsea came into the game with Willian and Ruben Loftus-Cheek ruled out with minor injuries. The final was definitely one to forget with Cesar Azpilicueta and Christian Pulisic pulling their hamstrings in the first and second half respectively while Pedro dislocated his shoulder during the final minutes, which saw them play with nine men. The trio are definitely out for the second leg of the Champions League round of 16 tie against Bayern Munich. They are already trailing 3-0 after the first leg at Stamford Bridge.