But Stoke have made two signings in the last 13 hours or so with the arrivals of Diego Arisemendi from Nacional for £2.5 rising up to £4.8m and Danny Collins arriving from Sunderland for a deal worth £2.75m but these deals we’re in the pipeline a few days before.

David James is believed to be interesting Tottenham and Stoke and according to Rob Dorsett on Sky Sports News that Stoke are weighing up an offer. Portsmouth have recieved a bid from Tottenham believed to be a swap deal involving Carlo Cudicini and a Undisclosed fee but they rejected the offer. It’s also believed that Daniel Levy says he doesn’t want Tottenham to sign another goalkeeper unless another one moves on so it looks like it could go down to the wire for David James to move on to pastures new; just hope it isn’t us. 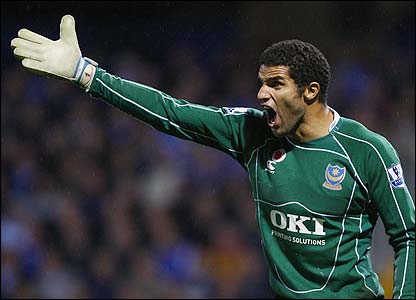 Martin Petrov according to The Sentinel is interesting Stoke in a loan deal; but whether or not Manchester City are willing to do a deal remains to be seen; he’s also interesting Tottenham but with the imminent signing of Niko Kranjcar it could see the end of there interest in the Bulgarian; this would be a major coup if Pulis can get Petrov to the club and would bolster our attacking options.

Luis Perea according to the Daily Mail is a target for Stoke in a loan deal. The Colombian can play Centre Back and Left Back seems a deal which we don’t really need due to having numerous amounts of defenders but he is a good defender with blistering pace and a monster of a player to come up against and would make our defence even more intimidating. Nikola Zigic is also another player the Daily Mail is linking us with. The Z-Man is already a cult hero by many Stoke fans which sounds really odd; but true. He nearly signed for Stoke last season with Tony Scholes flying to Valencia to sort out a deal but nothing came of it. He went on loan to former club Racing Santander where he fount his goal scoring form which saw him as one of the hottest properties in the game. Standing at a modest height of 6’8″ he would be a major force in the box at the end of a Rory’s throws, Lawrence’s corners and freekicks. He has also been linked with a move to Wolves and Hull City; with rumours that he rejected the latter. I think there is something in this but that would see another striker on the move most likely to be fan favourite Mamady Sidibe.

Joe Ledley is interesting Tony Pulis once again according to Rob Dorsett of Sky Sports News but has competition from rivals Wolves; Pulis is a known admirer of the Welsh International and a deal could be done by 5pm today; and I think this is another signing which could be happening but with the speculation of £6m deal needing to take him away from the Welsh Capital hopefully will put Stoke off.

Richard Cresswell according to Sky Sports News is interesting Watford and are believed to be set to make a £750k bid as they see him as the replacement for Tommy Smith who left to join Portsmouth last week. I’d like to thank Cressy for what he’s done; but he needs to move on and I will be forever greatful to him.

Carl Dickinson is rumoured to be off to Leeds United in a second loan deal to join the West Yorkshire club to get more experience and this would be a good move for the lad.

Ibrahima Sonko is believed to be interesting Nottingham Forest in a fee worth £1.5m this would be a great move and can’t wait see the back of the donkey but could do a good job for Forest.

Andy Griffin could be off to East Midland’s club Leicester City; after a spat with Tony Pulis he’s not even had a look in the 1st team and has been widely tipped to leave the club and many are surprised he’s took this long to possibly leaving.

Danny Pugh is a surprising one and I have no idea where it’s come from so I can’t really comment about this; but if he does go i’ll be very surprised.