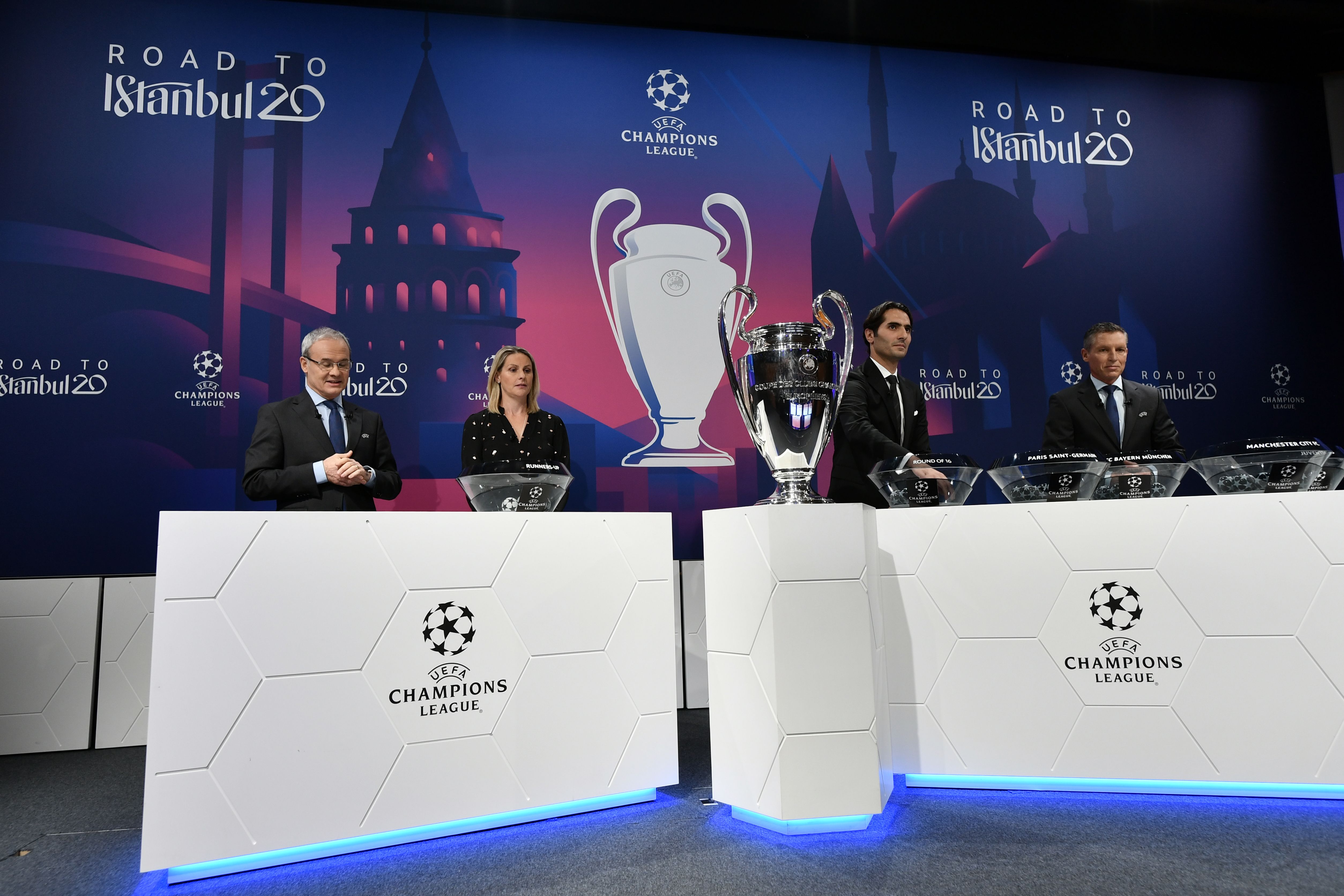 UEFA made the draw for the quarter-final and semi-final of the Champions League at their headquarters in Nyon on Friday. The Europe’s football governing have already confirmed that the final eight teams in the competition will play in Lisbon and they have now revealed the clubs which will face each other.

Paris Saint-Germain, Atalanta, Atletico Madrid and RB Leipzig were the only sides, who had completed their round of 16 ties before the coronavirus shutdown in March and as per UEFA’s draw, they will make up two of the four quarter-final games.

The home teams in Manchester City, Juventus, Barcelona and Bayern have been permitted to host the second leg of their respective round of 16 ties which were left uncompleted before the unexpected shutdown.

Here is the schedule:

Remaining round of 16 ties (second-leg):

QF1: Manchester City vs Real Madrid (vs) Juventus vs Lyon

QF3: Barcelona vs Napoli (vs) Bayern Munich vs Chelsea

The quarter-final and semi-final phase of the competition will be contested as single knockout games rather than the traditional double-legged ties. All matches are scheduled to be played in Lisbon with the final at the Estadio da Luz on August 23.