When Uruguay face South Korea in the last sixteen of the World Cup, both teams will know a victory would put them into a good position to progress to the semi-final, with either Ghana or USA awaiting the winners. Uruguay will be the favourites for the match, having won Group A without conceding a single goal, upsetting the hosts along the way.

South Korea’s path to the knockout stages was somewhat trickier. But for some woeful finishing from Nigeria in their final group match, they may not have accompanied Argentina in escaping the group. The Asian side surprised many with their impressive run to the semi-finals when they hosted the tournament four years ago, and will be hoping to pull off a bigger shock by achieving a similar feet on foreign soil.

It looks as if Oscar Tabarez will stick to the front three of Suarez, Forlan and Cavani, which brought wins over South Africa and Mexico. Since changing to the more attacking setup, all three strikers have thrived, with the team scoring four goals in the two matches. 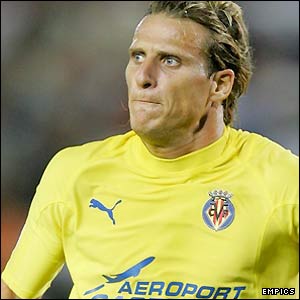 For South Korea, they impressed in Group B, and apart from a comfortable defeat by Argentina, looked a good and organised team. There is, however, one stand out player in their captain Park Ji-Sung, who will pose a significant threat to the Uruguayan defence. 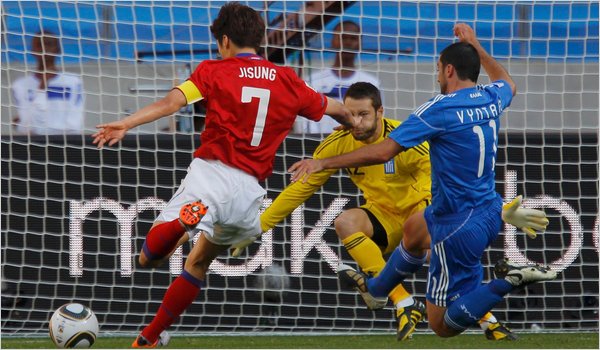 Prediction: Both teams will know this is their best chance to get to the semi-final of a World Cup, and that hunger should make for an entertaining match. There won’t be too much to separate the teams, but I feel Uruguay showed more in the group stage to suggest they have what it takes to progress. They proved capable up front and at the back, and I can see La Celeste winning 2-0.