Three points clear of the relegation zone, Stoke City make the short trip to face West Brom at the Hawthorns this weekend, knowing that a victory would be enormous in our bid for survival in this our first ever Premier League season. Playing a style of football that has been commended by pundits, in contrast to Stoke’s, but lacking in any sort of substance, attacking threat or defensive capabilities, the Baggies languish at the foot of the Premier League table, seven points from safety and looking less likely to stay up than an impotent octogenarian, so the game has to be seen as the best chance to record a first away win of the season that Stoke are going to get. 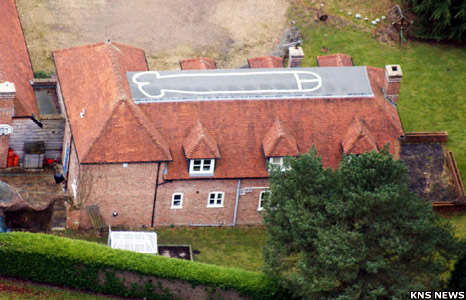 An aerial view of the Maracana Hawthorns

Every club has a bogey team, to which they consistently lose, and fortunately, West Brom’s is Stoke, the Potters having won close to ninety percent of meetings over the last couple of decades, including a 1-0 victory in the return fixture back in November and a 3-1 triumph, inspired by a stunning Ricardo Fuller hat-trick in December 2007. Knowing this, the Stoke players should be afforded a psychological boost, with the reverse effect acting on West Brom. For these reasons I believe that Stoke should attack West Brom, attempt to expose their soft centre and go all out to claim a vital three points, instead of the one we often seem to set out for away from home, which in the scheme of things may not be enough. 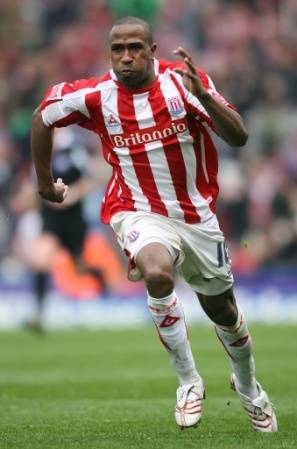 A year to the day since James Beattie’s last hat-trick, he will be hoping to mimic Ricardo Fuller’s feat from last year on Saturday

From the above, you may have come to the conclusion that I don’t much like West Brom, and you’d be right. I hate the media coverage and praise they get for playing admittedly pretty, but wholly ineffective and insubstantial football. In the build up to the last meeting of the two clubs, one newspaper ran with the headline ”Beauty vs Beast”, comparing the two clubs. No prizes for guessing which was which. I know I’d prefer to see a committed, direct, physical team like Stoke competing at the highest level of English football and winning a fair number of matches, than a team intent on playing blunt possession football in the midfield, knowing that they are unlikely to score with their ineffective strikers and always liable to concede a goal because of their ineffectual defence.

I also hate the fact that many of their fans refuse to accept this. I recently read a comment from a West Brom fan saying they’d rather see their team play the style of football they do in the Conference than a team playing a style like ours in the Premier League. Though a descent as low as the Conference is unfortunately unlikely, it seems he’ll soon be getting to watch all the ”Brazil-esque” football he wants in the Championship next year, as after their at best unconvincing and at worst pathetic season in the Premier League, that is where they are heading. It seems all but certain that soon their relegation will be confirmed, and though Stoke won’t be the club to have the pressure of hammering the final nail into their coffin, a win for the Potters this weekend would all but end their hopes of survival. I would like little more.

Smile! You still play the best football in the league

After injuring his cruciate while warming up for the reserves last week, Malian striker Mamady Sidibe will miss the game for Stoke, and though the full extent of the damage is still not known, probably many more. Sidibe aside, Stoke manager Tony Pulis should have a full strength squad from which to select his squad of eighteen for the vital fixture, though captain and undisputed heavyweight defending champion of the world, Abdoulaye Faye is yet to return from international duty with Senegal, he should be back in time to play alongside March player of the month Ryan Shawcross at the heart of defence.

The home side’s injury list is significantly longer, with long term absentees Neil Clement and Ishmael Miller still ruled out, as well as on-loan midfielder Youssouf Mulumbu and defender Leon Barnett, who have thigh and knee problems respectively. Despite having a broken toe, Portugeuse midfielder Filipe Teixeira, who missed a sitter in the return fixture, should play.

Shelton Martis v James Beattie
Unlike Beattie, after the media attention he has been getting following his recent good run of scoring form, Shelton Martis will not be the name on the lips of many football fans at the moment. After spending the first half of the season on loan at Doncaster, the 26 year old Dutch centre-back has been given a place in the starting line-up by Tony Mowbray in recent matches in an attempt to freshen up the division’s worst defence, and should continue against Stoke. It is my opinion though that West Brom have no quality defenders, and regardless of who play for them Beattie has a good chance of outmaneuvering them and getting on the scoresheet.

Robert Koren v Salif Diao
The versatile Slovenian midfield player Koren is arguably West Brom’s best player, and has a lot of input in many of their best attacking moments. Stoke holding midfielder Diao will be tasked with keeping him quiet, as he’ll probably play despite putting in some below par performances recently. It seems that Diao is a fixture in the Stoke side now, with Pulis saying that he believes him to be the best player of his type in the Premier League (He must mean 32 year old Senegalese defensive midfielders who used to play for Monaco and Liverpool). 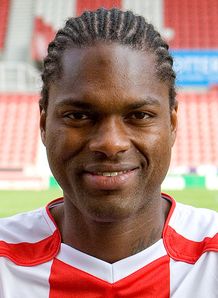 Marc-Antoine Fortuné v Abdoulaye Faye
Striker Fortuné, on loan from French side AS Nancy, is one of the few attacking threats the Baggies have, so far netting on three occasions since joining the club on January. If Faye and his centre-back partner Shawcross can keep him out of the game, a clean sheet will be likely for Stoke.

Star Man: Robert Koren
28 year old Koren has been one consistent performer in a bad season for West Brom, providing attacking threat and the occasional goal from is midfield position. He recently passed his century of West Brom appearances, clocking up 103 as a near ever-present since joining the club for Norwegian side Lillestrom in 2007. He has also scored fourteen goals for the Baggies. He is an important player for the national side of his native Slovenia, to date amassing 38 caps and scoring two international goals. Action from the last meeting of the two clubs