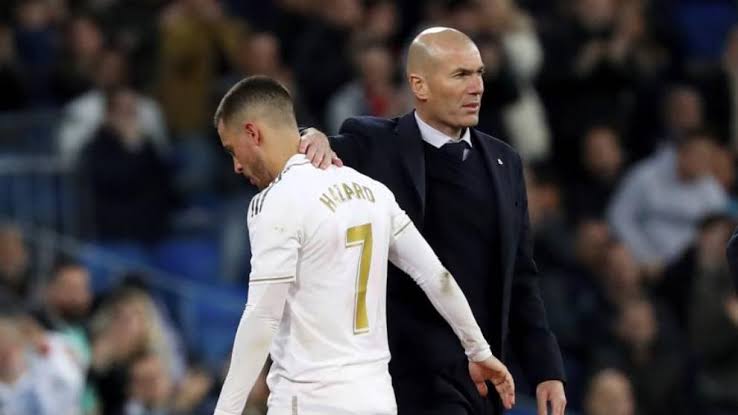 After a disappointing 3-2 loss to Shakhtar Donetsk on Wednesday night in the Champions League, their third consecutive loss in the competition since 1986, it is quite certain that the heat is on for Zinedine Zidane ahead of Saturday’s El Clasico showdown against Barcelona.

The Los Blancos boss is, however, convinced he is the right man for the job in the Spanish capital and capable of restoring order in the club amid growing pressure.

“I feel like I can do it and I’m going to try. That’s for sure. The players are going to try to do that too. That doesn’t change anything about today’s game. We have to put things right and we will,” Zidane said in his post-match interview.

“We know the situation we’re in, it’s our second bad performance and now we have to prepare well for Saturday’s match to turn things around.”

“I’m responsible. As the first-half was negative for my side, it means I did something wrong. The players tried to press high from the first minute, but everything changed when they went ahead. We found it difficult.

“We can’t forget about the previous games, today is the second defeat. We’re not happy with the defeat, but we’re not going to let it get to us. We want to turn it around together and working together is how we will do it”.

He added: “I feel for the players because they have helped me win a lot of things. It was a bad game and they don’t deserve it. But that’s football.  You have to keep going and think that if today is grey, tomorrow will be sunny.  That’s what it’s about. Football can be difficult sometimes. I remain positive and believe in this squad and in what we are going to do: move on from this”.