2020/21 UEFA Europa League: Teams, Groups, Matchday and all you need to know 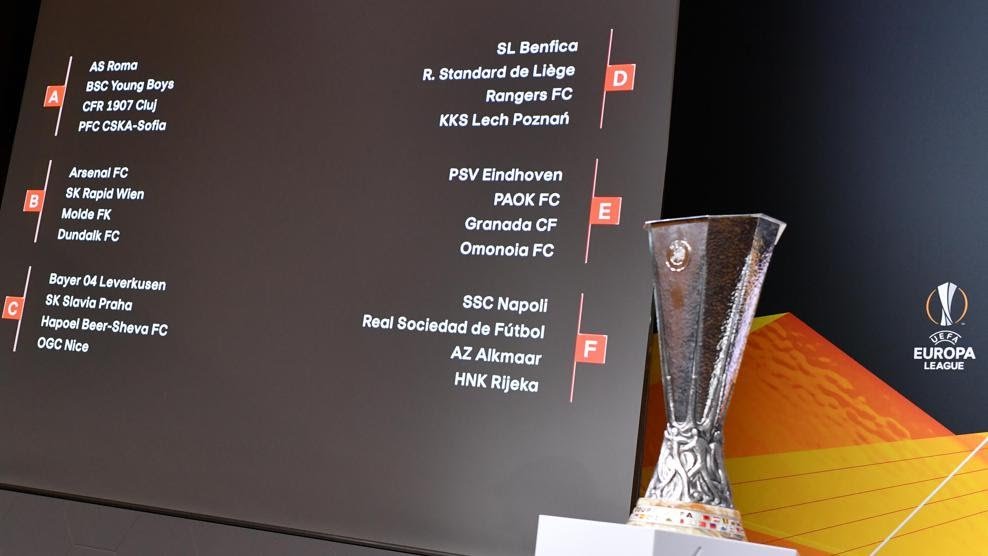 Just a day after the UEFA Champions League group stage draws, the team’s in the Europa League now know their fate as well.

The event took place in Nyon, Switzerland on Friday.

English side Arsenal will play against Irish champions Dundalk, Rapid Vienna, and Molde in the group stage of the 2020/21 Europa League, while Jose Mourinho’s side will take on Ludogorets, LASK and Royal Antwerp.

Elsewhere, Leicester City who finished fifth on the Premier League table will face Braga, AEK Athens and Zorya Luhansk, while Scottish title holders Celtic have been placed alongside Serie A giants AC Milan, where they also face tough tests against Lille, and Sparta Prague.

Their arch rivals Rangers under the guidance of Liverpool legend Steven Gerrard, will match against Portuguese giants Benfica, Lech Poznan and Standard Liege.

In Italy, AS Roma will battle it out against CSKA Sofia, Young Boys and Cluj. Meanwhile, another Italian side Napoli will face Spanish side Real Sociedad, AZ Alkmaar and Rijeka.

Germany heavyweight, Bayer Leverkusen and French outfit Nice have been placed in the same group and PSV will be meeting with Granada to come in their section of the draw.

Champions Sevilla won the title back in August after defeating Inter Milan 3-2 in the final at the RheinEnergieStadion in Cologne, Germany.

All four semi-finalists from the 2019/20 season – Sevilla, Manchester United, Inter Milan and Shakhtar Donetsk – will now be competing in the Champions League group stage this season.

English side Arsenal were in the finals back in 2019 where they lost to their London rivals Chelsea while current Tottenham boss Jose Mourinho led Manchester United to being champions in 2017.

Round of 32 draw and matchday

Round of 16 draw and matchday