5 debutants who stood out on opening weekend 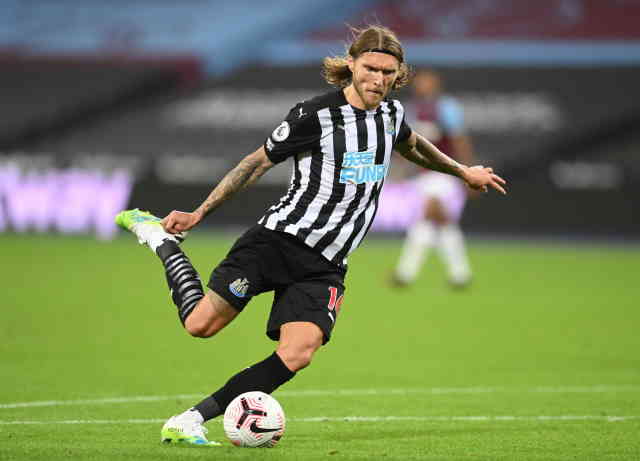 With only six of eight games completed in the opening weekend of the 2020-21 Premier League season so far there have been a number of excellent performances from players making their club debuts.

The three promoted teams from the Championship were all handed defeats to start their new campaigns, with Fulham thrashed 0-3 at home by Arsenal, Leeds United beaten 3-4 in a thriller at defending champions Liverpool and West Bromwich Albion lackluster in their 0-3 defeat at home to Leicester City.

There were also victories for Crystal Palace, Newcastle United and Everton, with Sheffield United hosting Wolverhampton Wanderers and Chelsea travelling to Brighton & Hove Albion this evening.

From the games completed so far, here are five players who starred on their debuts over the weekend:

Newcastle United started the season with a 2-0 victory away to West Ham United on Saturday night which included Jeff Hendrick assisting the opener to fellow debutant Callum Wilson before producing a fine strike himself to kill the game off in the final five minutes.

As well as being involved in both goals, the free transfer from Burnley was excellent off the ball too, particularly helping out Javi Manquillo at right-back.

Although Arsenal were expected to win comfortably at Fulham, few could have predicted that 32-year-old Willian would be involved in all three of their goals.

The free transfer from rivals Chelsea won’t be credited with an assist for the first but it wouldn’t have came about but for Willian being in front of Marek Rodak to deflect into the path of Alexandre Lacazette.

There was no doubt about his assist for the second though as Willian’s corner picked out an unmarked Gabriel Magalhaes to head home on his debut. Willian then produced the long chipped pass to play in Pierre-Emerick Aubameyang for the Gunners’ third.

Leicester City ended the 2019-20 season very badly but made a convincing start to the new campaign with a 3-0 win away to West Bromwich Albion on Sunday.

New right-back Timothy Castagne got the Foxes on their way with a well-timed run to get onto Dennis Praet’s chip to head home. The Belgian international got up and down the field all afternoon, solid in defence and won numerous aerial battles.

Mikel Arteta made it his number one priority during the transfer window to improve the Arsenal defence that has been porous these past four seasons. As well as making the deals for Pablo Mari and Cedric Soares permanent, the Gunners also signed Gabriel Magalhaes from Lyon.

As well as scoring on his debut the Brazilian helped his side to a comfortable clean sheet with a solid performance that also saw the youngster looking composed on the ball.

Arsenal fans have every reason to be happy with the debut but much tougher tests will be on there way in the coming weeks.

Carlo Ancelotti has been busy during the summer transfer window and whilst James Rodriguez has got most of the attention it was Allan who played the bigger role in Everton’s 1-0 win away to Tottenham Hotspur on Sunday afternoon.

The experienced midfielder won the ball back numerous times, limited the threat of Dele Alli, brought the ball forward and played some nice forward passes of his own to start attacks.