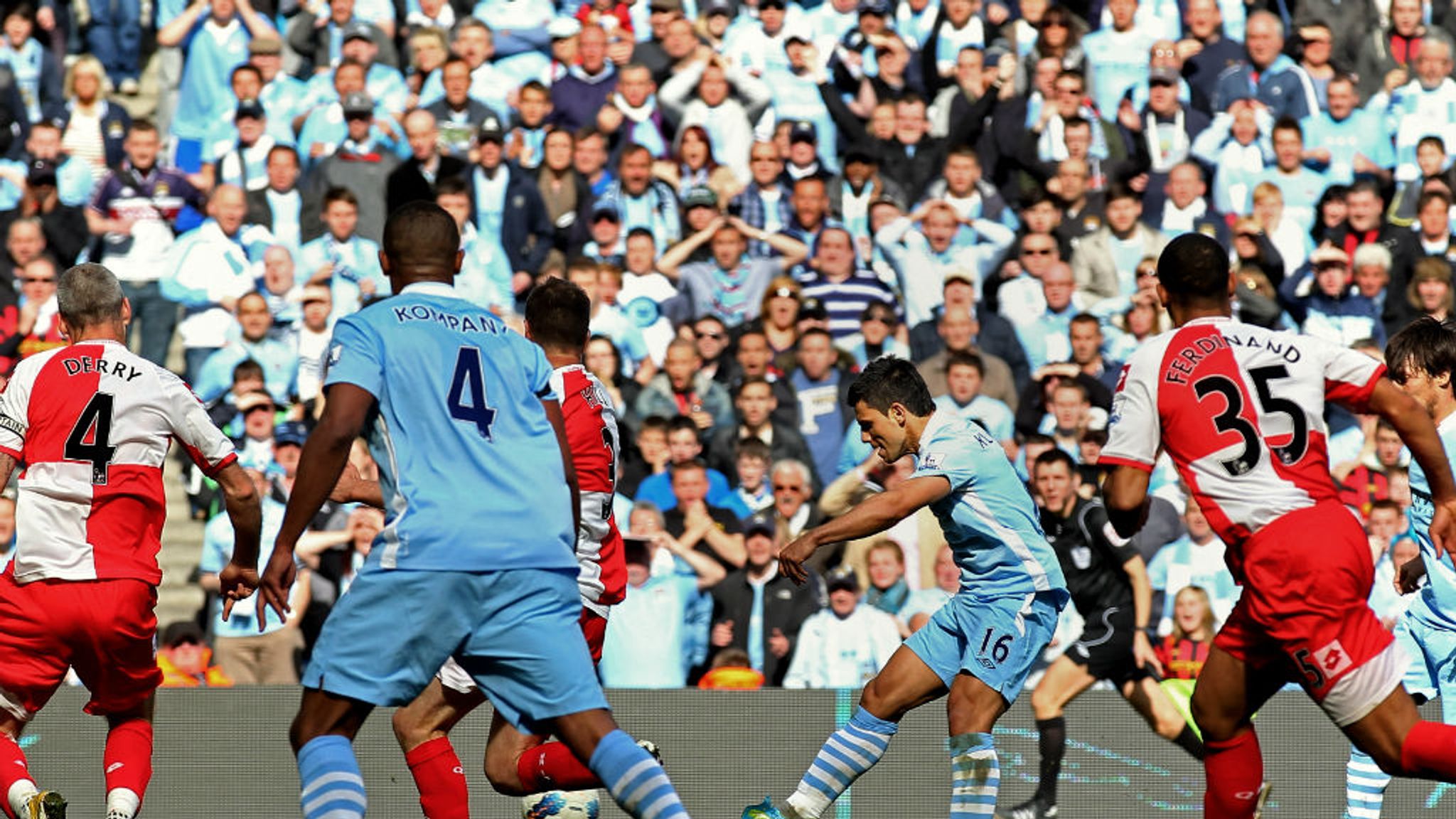 Sergio Aguero was the last remaining piece of that great spine that was so key to Manchester City’s early domestic success.

It was a week of nostalgia for Manchester City fans as they were able to reminisce on those great years and in particular with the main up top that is Kun Aguero.

He started his Manchester City career in 2011 and it was a season to remember in the east side of the City, as it was the campaign where the Sky Blues won their first Premier League title and their first league title since 1968.

We all remember Aguero’s last-minute winner on the last day against Queens Park Rangers where Martin Tyler graced us with arguably the finest piece of football commentary to date.

Prior to that last day thriller, Aguero had scored 22 league goals which was a huge factor in their title win as they won the league on goal difference.

He settled in so naturally despite question marks on whether he could handle the physicality of the English game and, since his arrival, he has never looked uncomfortable.

On his debut against Swansea City, he scored two goals but no-one would have ever thought he would get the numbers he has, but 181 goals later he sits fourth in the all-time Premier League top goalscorers table.

Four Premier League titles, one FA Cup and a staggering five League Cups currently sit in Aguero’s cabinet, but the one argument that will be in place will be the lack of a Champions League winner’s medal.

Unfortunately for him and City it’s never quite gone their way in that competition since first qualifying for the trophy back in 2012.

However, he’s still scored 41 goals for City in this competition and who knows this may be their year that they finally bring that trophy to the Etihad Stadium.

His reputation for being one of the best strikers in world football has not been tarnished because of this.

It’s going to be a huge challenge for the club to replace him as despite looking on course to win the Premier League this season, we know when normality hits again clubs in that ‘Big Six’ will improve and City will need a goalscoring forward to lead the line again.

He’s now in the debate and one of the contenders in the question of who is the best striker of all-time in the Premier League?

In his ten seasons with City, he’s scored twenty plus goals in six of those which is just staggering.

He’s competed in teams who have struggled and has had injuries to contend with. His overall ability in front of goal is unquestioned, although he’s just behind Alan Shearer and Thierry Henry in that area.

He was very calm in front of goal and like a Shearer and Henry you just knew once he was through on goal it would ripple the net.

Although Erling Braut Haaland and Harry Kane have been strongly linked with City, the head coach has said recently Aguero is ‘irreplaceable’.

There is no doubt that when he retires he’ll be missed not just by City fans and Fantasy Football participants, but the sport in general.

He has been a pleasure to watch and with the way football is evolving, he may be one of the last natural strikers we see in the Premier League.