Bouncing back to the Premier League: Why Norwich City’s imminent promotion is more impressive than meets the eye 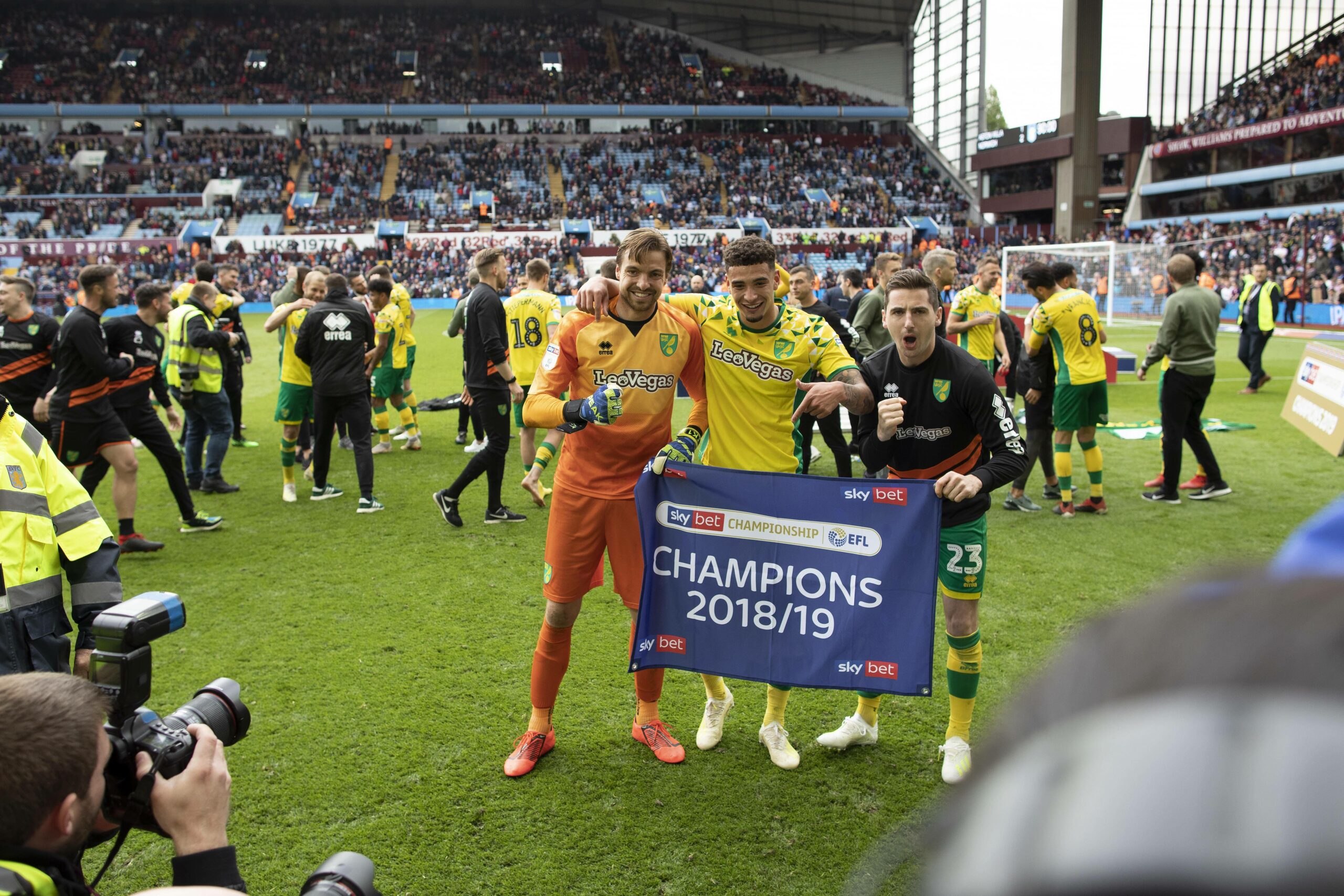 Norwich City are on the verge of promotion back to the Premier League at the first time of asking having been relegated last season.

A maximum of 11 points would see them secure a second Championship title in three seasons.

While Norwich’s time in the Premier League hasn’t been successful – Yo-Yo Club springs to mind – we’ve broken down the numbers to look at why an immediate return to the top flight is a hugely impressive achievement.

How many have gone down?

Including last season’s three teams – Bournemouth, Watford and Norwich – 42 clubs have experienced relegation to the Championship since the Premier League’s inception in 1992.

Some of those 42 – including Norwich with five – have suffered more than most and gone down on numerous occasions, so the grand total for relegations from the top-flight sits at 84.

Have they gone back up again straight away?

While Norwich and Watford currently occupy the automatic promotion spots in the Championship, nothing is decided yet so we’re going to exclude them from this particular section.

Bournemouth – for those wondering – aren’t looking likely to earn an immediate return to the ‘promised land’ this season as they currently sit outside of the play-offs in 7th place.

Despite the financial power which comes with a place in the Premier League, relegation can mean a rebuilding job for most.

Parachute payments were introduced in the 2006/07 campaign to assist clubs with reducing their costs when relegated, but even they don’t make it easy to get back up straight away.

In fact, the vast majority of sides who finish in the ‘drop zone’ don’t. Of the 84 times a team has been relegated, only 21 – or 25% exactly – bounce back immediately.

Even if all three of Norwich, Watford and the floundering Bournemouth were to achieve promotion come the end of campaign, the count would only stand at 24 of 84, just over 28%.

The Championship is often described as the hardest league in the world to get out of, and those statistics certainly don’t stand in the way of that statement ringing true.

How often do clubs fail to make it back to the Premier League?

Most clubs who are relegated do eventually reach the summit once more, even if it isn’t at the first time of asking.

Notably, Leeds United ended their 16-year absence with promotion last season but there are a few clubs who unfortunately never manage to do so, or at least haven’t up until this point.

If Bournemouth – relegated from the Premier League for the first time in their history last season – and Barnsley (relegated in 1997/1998) aren’t promoted this season, the total will remain at 12 of 42 clubs who have never made it back to the big time.

Similar to the number of teams who are promoted at the first time of asking, that’s a sum of around 28%, so just over a quarter of the sides who are relegated from the Premier League don’t make it back at all.

If we look at those 12 below – listed alongside the season in which they went down from the top division – there are certainly some sad stories to be had, many of which relating to financial mismanagement.

Of the 12, one club no longer exists (Wimbledon) and two – Oldham and Bradford – are currently in the fourth division of English football (League Two).

Meanwhile, four (Swindon, Portsmouth, Blackpool and Wigan) are in League One and the other five (Barnsley, Sheffield Wednesday, Coventry, Huddersfield and Bournemouth) are battling it out across the Championship.

Are Norwich the most successful at bouncing back?

The short answer to that question is no. Prior to this season – and perhaps surprisingly – the Canaries had actually only achieved promotion back to the Premier League at the first time of asking on one occasion.

That came in the 2014/15 season by way of a 2-0 play-off final victory over Middlesbrough with goals by Cameron Jerome and Nathan Redmond.

16 different sides have achieved promotion at the first time of asking including Norwich, but if and when Farke’s side do earn promotion this time around, they will become the sixth club on the list to have done it twice.

Nottingham Forest, Leicester City, West Bromwich Albion, Birmingham City and Newcastle United have are the other sides to have repeated the feat.

It’s also worth noting that both Watford and outsiders Bournemouth could join the illustrious list if they do go on to earn promotion come the end of this season. Neither of the two have done it before.

When can Norwich earn promotion this season?

As it stands, the Canaries are top of the league on 87 points with a 17-point gap to third place and can only be caught by three teams before the end of the season.

Watford occupy the second automatic promotion spot at the minute, clear by nine points, so we’re going to exclude them from this race.

Brentford – third with 70 points – and Swansea City – fourth with 69 points – round off the trio, but both have a game in hand on Norwich with seven games left of their respective seasons.

However, Norwich are so far clear that another win takes them onto 90 points. Once this total is reached, if both the Swans and the Bees so much as draw a game each, promotion would be confirmed for Farke’s side.

With that taken into consideration, a Pukki party could come this weekend.

Steve Cooper’s Swansea head to Millwall in the early kick-off before Brentford take on Preston North End away from home at 3.00 pm.

If both go the way Norwich want them to, and the Canaries beat Derby County away from home, promotion would be confirmed by Saturday evening.