ANC2012 Turning Into Cup of Shocks

Well this years African Cup of Nations is certainly producing. The shock results of the last week will have kept neutrals enthralled as well as delighting bookmakers across the globe. 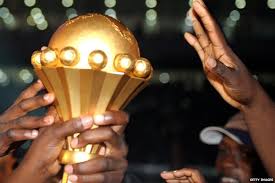 The competition had already been heralded as the most open Cup of Nations in recent years as numerous African superpowers failed to even qualify for the finals. 2010 world cup hosts South Africa failed to show any progress for their showpiece event as they didn’t qualify amid controversy, however this is nothing compared to the fact that Cameroon, Nigeria and record winners Egypt couldn’t make it to the finals in Gabon and Equatorial Guinea.

Many neutrals would’ve been left disappointed as the lack of these sides could’ve seriously impacted on the quality of play in the tournament but this scenario hasn’t thankfully played out.

RISE OF THE UNDERDOGS

While we’re still in the middle of the group stages and there’s a long a way to go, the quality of play hasn’t been affected by the loss of big name sides. The minnows have more than made their presence felt as they keep producing shocks aplenty, which is keeping everyone entertained. Favorites the Ivory Coast and Ghana have both been made to work hard for their victories and the goal margin has been nowhere near as high as predicted. Also the likes of Botswana and hosts Equatorial Guinea haven’t just sat back and allowed the other side to dominate the game. This has resulted in nearly every game being end to end, with most of the games so far decided by a late winner.It was only this evening that 2004 champions Tunisia Struggled to overcome debutantes Niger. It took an 89th minute winner from Ismaa Jemma to settle a game that Niger arguably could have won themselves.

The performances of the so call weaker sides has shown the great improvement in African football as a whole and has also alerted clubs from across the globe. Impressive performances such as that from Niger player Moussa Mazzou have shown the great strides the “weaker” sides have made in player development. European clubs will no doubt be keeping their eye in on the rest of the tournament to assess whether the underdogs possess any gems. 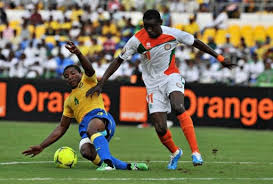 While the likes of Ghana and the Ivory Coast remain huge favourites to win the championship it is becoming more likely that a rank outsider may well be lifting the trophy. After all, Equatorial Guinea have just eliminated another of the massive favourites, Senegal from the tournament showing that any result is possible.

What makes an exceptional footballer?
Bleak times ahead for ‘unattractive’ clubs.