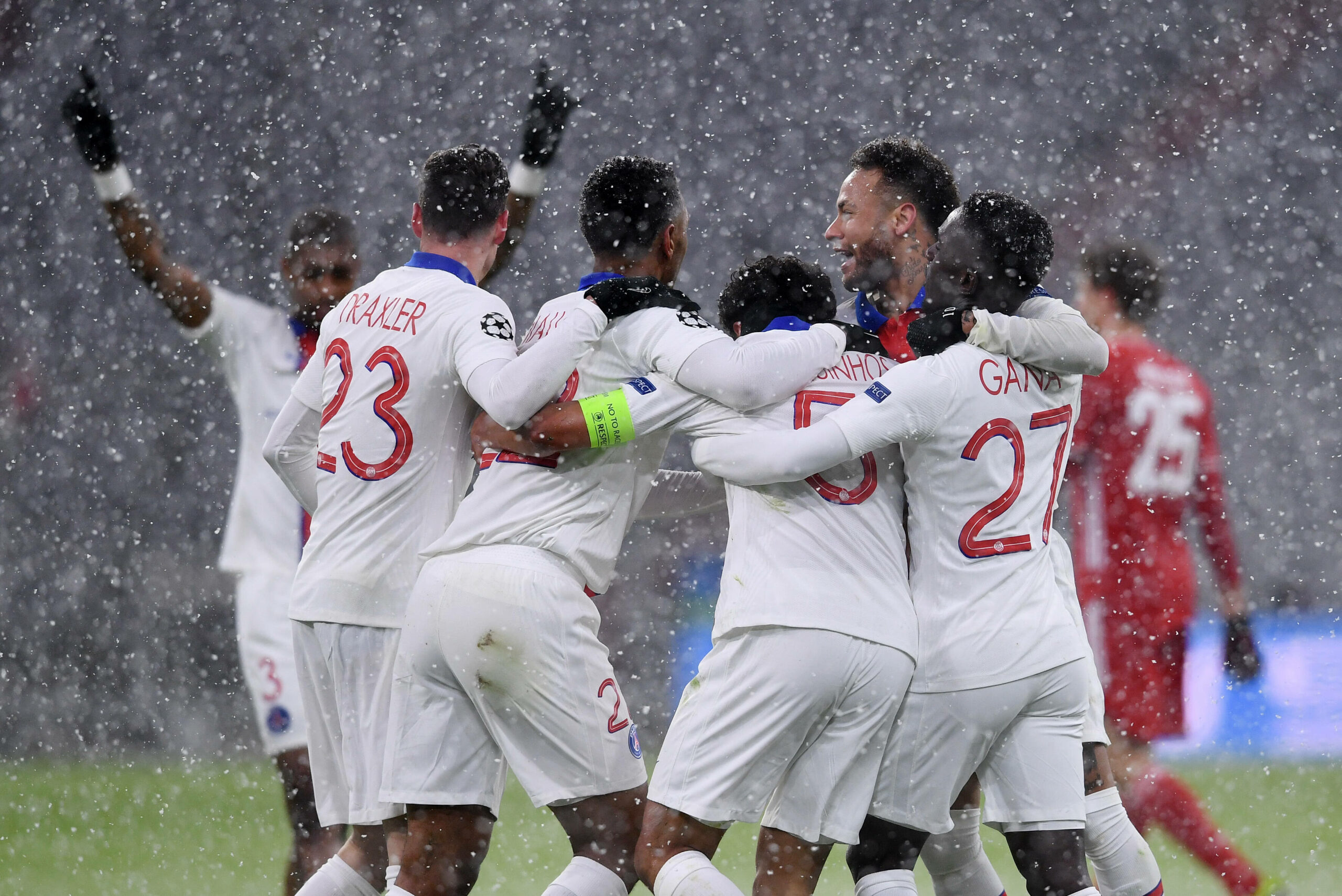 It’s been another enthralling round of Champions League fixtures. We’ve reached the quarter-final stage now, and this is where things get REALLY tasty.

However, none of the ties are settled just yet, setting us up nicely for another enticing round of European games next week.

Bayern Munich went into their clash with PSG without star striker Robert Lewandowski and winger Serge Gnabry. It’s fair to say their absence was noticeable.

The Bavarians had 31 shots, as well as 64% possession and 15 corners. Furthermore, they racked up an expected goals rating of 3.1, as per fbref.

In contrast, the visitors had just six shots, 36% possession, one corner, and an xG of 1.5.

Despite their obvious domination of the match, how did Bayern Munich come away from the game on the wrong end of a 3-2 scoreline? Well, it’s a combination of two things.

Firstly, the goalkeeping. Manuel Neuer has established himself as arguably the game’s greatest ever goalkeeper, but this was not one of his finest evenings.

The World Cup winner will have been extremely disappointed to have let Kylian Mbappe’s third-minute strike go through him and find the back of the net.

At the other end, Keylor Navas was in inspired form, making ten saves. His opposite number made just one all evening.

Mbappe was the man up front for Les Parisiens, and he got himself a brace despite taking just two shots.

The Frenchman had fewer attempts at goal than six of the Bayern Munich squad. Heck, Leon Goretzka took more shots and he was substituted after 30 minutes.

And these weren’t just pot-shots from distance, either. Eric Maxim Choupo-Moting had two first half efforts from Joshua Kimmich’s corners that he really should have done better with.

Thomas Muller – a man with over 250 career goals – scuffed one wide when well placed and had another kept out from close range. David Alaba missed the target with two glorious late chances.

This is, rather obviously, where Lewandowski would have made the difference. It’s no secret – having a natural goalscorer on your team makes you more likely to score goals.

Had those opportunities fallen to him instead of Choupo-Moting, you’d have to feel like the scoreline would have favoured the hosts.

Nonetheless, all credit has to go to Mbappe and PSG, who were deadly on the counter-attack. His double takes him to six knockout goals in just three outings.

If he continues at this rate, he could set a new record for Champions League knockout goals in a single season, currently held by Cristiano Ronaldo (of course) in 2017 when he hit ten.

“I was saying this in the autumn that he is a very good player. I suppose now Thomas Tuchel picks him, everyone will agree. When it was Frank Lampard, it didn’t count for some reason.”

Over the last 12 months, Mason Mount has grown a bit of a reputation for being a teacher’s pet.

Gareth Southgate loves him, Frank Lampard loved him, but Twitter’s football fans (the real experts) didn’t see what all the fuss was about. Because what does Frank Lampard know about midfielders?

Many were unhappy that the Chelsea man was getting selected for the England national team in central midfield over Aston Villa’s Jack Grealish.

Grealish has played as a left midfielder for the best part of a year now, but that point didn’t seem to stick.

As a result of this, Mount ended up coming under quite a bit of fire. It was totally irrational and unfair, but expecting rationality from football fans is like expecting a snail to fly. It simply won’t happen.

And, surprise surprise, the man who has been trusted by every manager he’s worked under has actually turned out to be quite good at football. Who’d have thought?

On Wednesday evening, the 22-year-old shone once again with a fantastic goal to break the deadlock. He picked up the ball from Jorginho, sold defender Zaidu Sanusi with a sharp turn, and slotted into the far corner to give the Blues the lead with their first attempt.

The goal was his fifth since the arrival of Thomas Tuchel, making him the club’s top scorer under the German in all competitions.

There will still be a lot of debate over whether he should start for England at the European Championships, especially with Phil Foden also in fine form. However, the Three Lions could do a lot worse than having Mount in the starting XI.

Another thing that Southgate got slaughtered for was his omission of Trent Alexander-Arnold from his latest squad.

When Liverpool travelled to the Emirates on the weekend, it seemed as if the right-back had made the perfect response to his exclusion, providing a wonderful assist for Diogo Jota to put his side ahead. They went on to win 3-0.

That side of his game has never been in doubt. Everyone knows he has the ability to swing in an inch-perfect cross onto an attacker’s head. In fact, he showed it against Real Madrid a couple of times, including a world class volleyed cross to Jota.

But it was at the back where he struggled. Up against an in-form duo of Vinicius Junior and Ferland Mendy, the Englishman had a tough night dealing with the threat down the left.

In addition, he was guilty of a dreadful error for Real Madrid’s second goal, heading straight to Marco Asensio, who duly tucked the ball away.

This is the big concern around Alexander-Arnold, and probably a big part of the reason why Southgate doesn’t seem to trust him.

England aren’t going to be attacking for 90 minutes in every match. If he doesn’t show signs of improvement in this area of his game, then he may spend his summer watching from home.

VAR divides opinion among football fans, and nothing epitomised that like this clash at the Etihad Stadium.

In the first half, Man City thought they had been awarded a penalty when Rodri went down clutching his head after Emre Can lifted his heel.

However, replays showed that there was no contact, and the decision was overturned.

Great. Perfect. That’s how VAR should be. It was never a penalty in a million years, and justice was done. Round of applause to all involved.

Unfortunately, it can’t always be that way. Moments later, Ederson made a complete mess of a simple first touch, allowing Jude Bellingham to nick the ball away from him. The teenager was left with a completely open goal, but the referee blew his whistle for a foul.

It was soft at best, and many believed that it was completely the wrong decision. However, VAR was powerless to intervene, as the referee had already blown his whistle before Bellingham put the ball in the net.

This raises the question: why?

If the linesman suspects a player is offside but isn’t completely sure, then they will leave their flag down until the attack is over. This gives VAR the opportunity to have another look at the decision in case it leads to a goal.

Why can’t they do this for fouls as well? What’s stopping them?

Maybe there’s a good reason for it. However, the absence of a rule like this has cost Borussia Dortmund a potentially crucial goal in a big knockout tie.