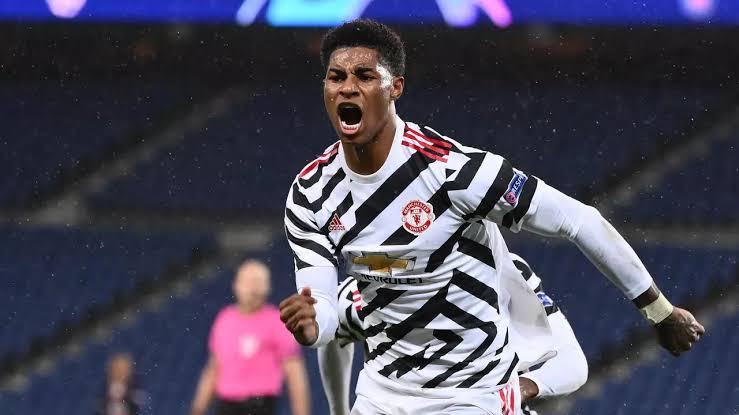 French debutants Stade Rennais failed to make their dominance count in the Champions League as they were held to a 1-1 home draw by Krasnodar in Group E.

The Ligue 1 side had taken the lead with a Serhou Guirassy penalty in the 56th minute before Cristian Ramirez equalised for the visitors three minutes later with a long-range effort.

In the other group game, Chelsea hosted Sevilla at Stamford Bridge but both teams had to settle for a point each with neither side convincing they have what it takes to do well in this year’s tournament.

Rennes will travel to Sevilla and Krasnodar to host Chelsea in the second round of matches next Wednesday.

In Group F, Club Brugge made a good start to their Champions League campaign after a stoppage-time goal by Charles De Ketelaere gave them a 2-1 win at Zenit St Petersburg.

Emmanuel Bonaventure had fired the visitors ahead in the 63rd minute with a rebound from two metres before the home side drew level in the 74th minute, thanks to an own goal by Ethan Horvath following a screamer from 30 metres by former Liverpool defender Dejan Lovren which hit the post bouncing off the keeper’s back into the net.

Elsewhere in Group F, Italian side Lazio shrugged off their poor form in the new Serie A campaign to secure a 3-1 victory over Borussia Dortmund in their return to the competition after thirteen years of absence.

Lazio striker Ciro Immobile had scored against his former club to put the host in front before their second was credited with an own goal by goalkeeper Marwin Hitz.

Erling Haaland kept up his impressive Champions League scoring form with a goal for Dortmund in the 71st minute to make it 2-1 but that was to be the German club’s consolation as substitute Jean-Daniel Akpa-Akpro sealed the win for the Italians five minutes later.

Juventus without Cristiano Ronaldo, made a winning start as they defeated Dynamo Kyiv 2-0 thanks to a pair of classic poacher’s goals from Alvaro Morata in their Group G opener.

Ronaldo had been ruled out after testing positive for coronavirus but Juve suffered another setback when defender Giorgio Chiellini had to be substituted in the 19th minute with what seemed like a hamstring injury before Morata gave the team a comfortable victory over their Russian counterpart.

Also in Group G, Lionel Messi led 10-man Barcelona to a 5-1 victory over Hungarian side Ferencvaros in their Group G opener to become the first player to score in 16 consecutive Champions League seasons.

Messi scored his 116th goal in the competition from the penalty spot before Ansu Fati added a second goal and became the first player ever to score more than one Champions League goal before turning 18.

Philippe Coutinho grabbed another goal early in the second half but Barca defender Gerard Pique was sent off for impeding Tokmac Nguen, leading to a penalty for the visitors that was converted by Igor Kharatin. However, 17-year-old Pedri scored his first Barca goal before Ousmane Dembele added the fifth late on to seal the win.

In Group H, midfielder Angelino struck twice in four minutes to give last season’s surprise semi-finalists RB Leipzig a 2-0 victory over Istanbul Basaksehir and record a winning start in the Champions League.

The German side who are unbeaten in all competitions so far this season, went in front in the 16th minute before the 23-year-old forward on loan from Manchester City doubled the lead four minutes later to secure victory over Basaksehir in what was the Turkish side maiden group-stage appearance.

Leipzig next play Manchester United who defeated Paris St Germain 2-1 in France in their next Group H game on October 28th.

Rashford’s stoppage-time penalty gave United a famous victory at the Parc des Princes 18 months ago and the England striker was again on target to ensure Ole Gunnar Solskjaer’s side took maximum points from their opening match this season.

The visitors had excelled in a first half which saw Bruno Fernandes put them ahead with a twice-taken penalty. But the multiple French champions were far stronger and threatening in the second half and deservedly drew level when United Anthony Martial headed into his own net.

It was already looking like both teams would share the point before Rashford fired in with three minutes to the end of the match and join Leipzig at the top of the group rankings.