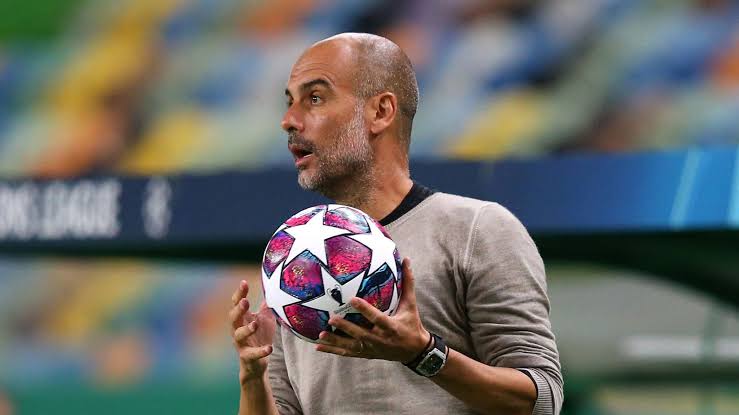 Ahead of their game against Porto, Pep Guardiola has taken responsibility for Manchester City failures in European competition and called for the need ‘to do things differently’ this term.

According to the Guardian, the City manager has displaced the rumours that the club is suffering from a mental block in the Champions League and rather admitted he’s solely responsible for their failure to progress beyond the quarter-finals of the competition since he became the club manager.

Since Gaurdiola became City manager four years ago, the Citizens have reached the last eight on three occasions and the last 16 once.

City begin their 2020/21 Champions League campaign by welcoming Portoon Wednesday and Guardiola has denied the persistent failures pointed to an issue with the players’ mentality.

“I don’t think it’s mental, because I think this situation is more about desire and avoiding some mistakes that we do,” he said.

“Lyon was a tough moment. I felt so responsible for this, how the club and players fought to achieve it, and I was not able to drive them. Still right now I feel responsible watching the game [back], but we have to accept the reality. We were not good enough; we didn’t play bad.”

The Spanish football manager refused to blame the team, saying “it’s easy for the manager to say that – It’s not about this. I’m so responsible for this, I don’t blame any single players, they are mature enough. We had really good moments and had our chances but made mistakes and in this competition you cannot do it to go through. The reality is we have not performed [any year] to the level we have to get through in this competition – and that is the reality.

“We have to accept it with humility, accept all the bad situations that we have. Then, when we accept this, it is the best way to improve and go through [finally] and accept a new challenge for this season, start from zero again and try it again knowing we have to improve. Everyone knows this competition is so demanding. I feel so bad for the players [for previous failures].”

City are grouped with Porto, Marseille, Olympiakos and in Group C and Guardiola believes they have a new opportunity to be better this season.

“I have the feeling that we are close, every season when I analyse the way we went out. Now it’s a new opportunity. We have to do things differently to what we have done previously.

“At the same time when you review the games, even in Liverpool when we lost 3-0 [in the opening leg], or the game against Tottenham or against Lyon, always I had the feeling we are close. In the games absolutely none of them were better than us. They are little gaps but these little gaps we have to solve and we did not. When you don’t solve it, it’s because you don’t deserve it.”