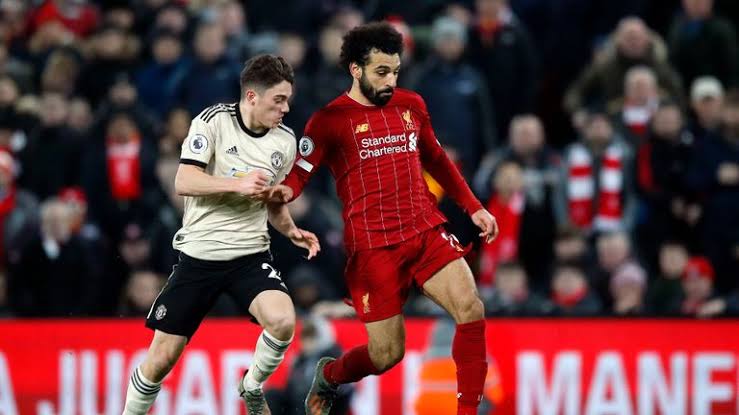 According to Sky Sports, both Manchester United and Liverpool are in talks about a jaw-dropping plot involving Europe’s top football clubs to join a new FIFA-backed tournament that will most likely reshape the landscape of world football.

From the report, it was revealed that financiers are putting together a sum of £4.6 billion funding package to support what may become the European Premier League.

The league which is reportedly expected to comprise up to 18 teams already have more than a dozen teams across Europe in negotiations about becoming founding members, with as many as five English clubs hopeful to join the league which is planned to commence in 2022.

It was revealed that the injtiative is being backed by FIFA who are said to had been involved in the development of the new format in which fixtures are to be played during the regular European season.

Winners of the tournament are expected to go home with hundreds of millions of pounds each year as prize money, with the competition taking a knockout format to conclude.

However, a FIFA spokesperson said: “FIFA does not wish to comment and participate in any speculation about topics which come up every now and then and, for which, institutional structures and regulatory frameworks are well in place at national, European and global level.”

It is also reported that top English sides including Chelsea, Arsenal, Manchester City and Tottenham are other candidates for the league alongside Liverpool and Manchester United but none of the sides have have signed any legal agreement to join.

This is coming just a week after the Project Big Picture which would have been the Premier League reduced in size from 20 to 18 teams, was abandoned after being denounced as “backroom deal” by government ministers.

According to the report from Sky Sports, Wall Street bank JP Morgan are also in talks to provide up to $6 billion of debt financing to set the league in motion and other banks are expected to follow suit.

If the deals are conducted successfully, the proposed European Premier League could become one of the world’s richest annual team sports competitions and would likely usurp the UEFA Champions League which has been a centrepiece of the continent’s football for many decades.

But UEFA have expressed they are not in support of such proposals, according to one of its spokesperson.

“The UEFA President has made it clear on many occasions that UEFA strongly opposes a Super League. The principles of solidarity, of promotion, relegation and open leagues are non-negotiable, ” the spokesperson said.

“It is what makes European football work and the Champions League the best sports competition in the world.

“UEFA and the clubs are committed to build on such strength not to destroy it to create a super league of 10, 12, even 24 clubs, which would inevitably become boring.”

In Spain, clubs which have been invited to part in the league include Barcelona, Atletico Madrid and Real Madrid whose President Fiorentino Perez and Key Capital Partners, a Spanish finance house being the principal drivers of the project.

Other European giants such including Paris Saint-Germain, Juventus and Bayern Munich are also likely to have been approached.

It is understood that the most recent version of the proposed league have been in gestation for over a year and one of its founding requirement is that the founder clubs could not be relegated for 20 years, although the remaining teams would be subject to replacement at the end of each season depending upon their league position.