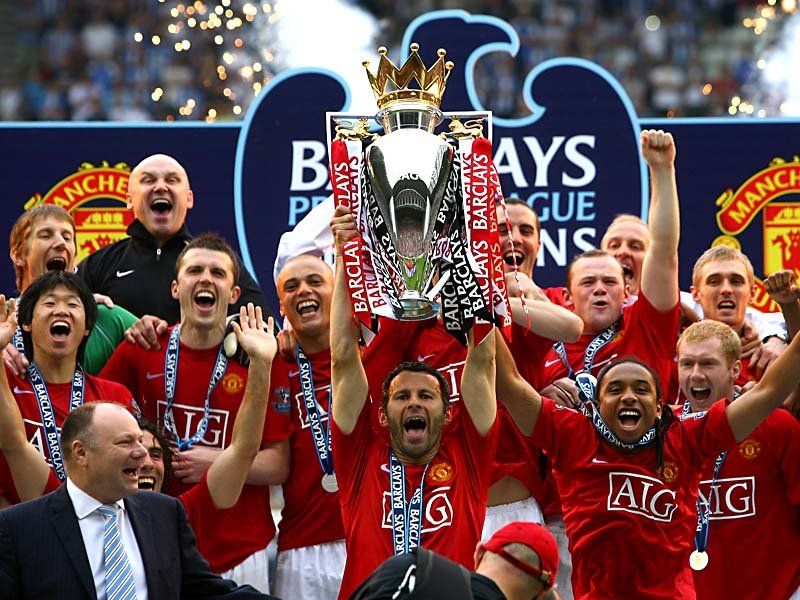 Manchester United did it! They came out on top in a potentially tricky encounter against Wigan Athletic today, to win their 17th Premiership title. 10 of these titles were won with the mighty Sir Alex Ferguson at the helm.

The goals in the 2-0 win over the Latics came from Ronaldo (penalty) and Giggs, who equalled Sir Bobby Charlton’s appearance record by making a substitute appearance in this game. In the game that was being played at the same time at Stamford Bridge, Chelsea could only manage a draw against Bolton, obviously affected, or rather devastated, by the news that Man Utd were 2-0 up at Wigan. There was nothing Chelsea could do in such situation. The Red Devils had a significantly higher goal difference, which meant that Chelsea had nothing to lose by giving away their advantage.
All the Manchester United players are now looking forward to the UEFA Champions League Final where they have a great chance of coming out on top again against the Blues.

“This side is young. There is plenty left in them.”

Michael Owen for United?
Fergie: Opposition fan was misinforming me