Chelsea: Friends? Or Foes? AVB should be given patience & authority by his owner 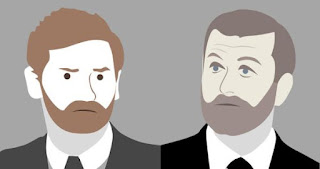 It’s been nearly two years since Abramovich’s Chelsea won the Premier League and it’s been…forever since they’ve won the Champions League. Despite the Special One winning two Champions League trophies in his impressive CV, it was with Porto and Inter, not the blues. Abramovich also recruited – personally – Champions League winners Shevchenko and Ancelotti in a bid to push for the best-in-Europe title but neither brought their UEFA luck with them to London. Then, and perhaps the most ludicrous move by the Russian, he splashed out 50M pounds on another trophies-winning forward (at international level) which, to date, proved nothing but a goal-shy forward. Comparatively, a 13M-worth young manager who won the Europa League may appear to be a better choice.

Rather than breaking the bank on top players yet again, Abramovich paid a large sum of money to lure the Portuguese, signaling the first step to bring in young and energetic personnel to Stamford Bridge. It is fair to say AVB was taking over a declining squad in summer and was already outstanding to persuade Raul Meireles and Juan Mata to join the revolution.

Every team has a transition period and Chelsea is no exception. Sitting at 5th of the table at the moment, they are facing fierce pressure from Arsenal, Newcastle and Liverpool in contest for Champions League qualification next season. With 13 league matches remaining, Chelsea fans may finally have to accept the current to be a ‘transition’ season since Roman Abramovich bought the club.

It is certainly hoped that they won’t take as long as Arsenal but it is also unrealistic for such a young manager to carry it out as smoothly as Sir Alex. AVB did stamp his authority by first freezing out Alex and Anelka before going on to limit the playing time of Ancelotti’s spinal trio Lampard, Malouda and Drogba. As expected by a side undergoing transition, their results were only a little more than satisfactory and to AVB’s dismay, the fallible David Luiz and Torres barely repaid his faith.

Kevin De Bruyne’s signature in January raised eyebrows as AVB openly admitted it was Abramovich’s decision but not his. The Russian owner’s influence on and off the field, evident from his recent visits to Cobham, is detrimental to the rebuilding process, still assuming that’s the reason AVB was brought in.  If he was willing to pay one of the most lucrative release clauses in the first place, he should offer AVB total control on club affairs and announce his faith in him to help lubricate the process. Yet, as it seems to be right now, AVB has lost control of the dressing room and the division of opinions within the team has shadowed the team’s form.

If Sir Alex Ferguson was dismissed in 2006 when he was out-performed by Jose Mourinho, could Manutd fans be still singing the chants about their 19th top-flight champion? If Chelsea are determined to transform, AVB should be given patience and authority by his owner but not jeers and boos demanding his removal.

First at Livingston, Then at Wolverhampton & Now at Huddersfield Town
And the new England manager is…?