First at Livingston, Then at Wolverhampton & Now at Huddersfield Town

Its been a tough couple of weeks for football managers. I have been pretty confused and shocked about certain decisions made by clubs lately. Now everyone knows that managing a Football Club is no easy job, It is simply put down to tactics, players, and resources but recently another factor has made a huge contribution to a managers job, the clubs board. I don’t know about you, but I think a club should have ambitions at the start of the season and that they should made clear to the manager. If these ambitions were told to each (former) manager at Livingston, Wolves, and Huddersfield Town, I am clearly bemused at the decisions to dismiss them.

Firstly at Livingston who in 2009 were punished for being in administration and were relegated down 2 leagues to the Scottish Third Division. The club brought in former player Gary Bollan as  their manager and in their first season in the Third Division, Livingston cruised the league and finished 1st with 78 points and with a 15 point gap ahead of 2nd place Forfar. Now onto Bollan’s second season in charge and after a good display the previous year, some people expected a Livi title challenge but were very wrong. They didn’t challenge for the title, they won it comfortably. Livingston finished 1st with 82 points an amazing achievement and to make it more convincing 2nd place Ayr ended the season on 59 points leaving a truly remarkable 23 point gap. In the current season Livingston returned to the Scottish First Division and after only 21 games in the league, Livingston were lying in a reasonable 6th place. However on the 5th February to my amazement Gary was sacked as Livingston boss. I thought about this quite a lot and wondered about what the Livi board’s ambitions for the season were, and even now I still can’t imagine that with their squad and resources that Livingston were expecting anything more than either to stay in the league or get a mid-table finish. So why Bollan was sacked is oblivious to me. 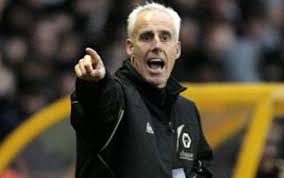 As I was still trying to wrap my head around the sacking of Gary, it only took a bit more than a few days to hear the sacking of another manger, Mick McCarthy. Mick who in my mind has done very good things for Wolves, getting them promoted and established in the Premier League. After getting Wolves promoted in 08-09 Mick has kept them in the Premier League for 2 seasons and was in his 3rd when after falling into the relegation spots, was sacked on the 13th February. Now once again I question the board, surely Wolves couldn’t expect any more than to avoid relegation and with it being so tight at the bottom of the table, I don’t understand why Mick was sacked. Also with many Wolves players saying in interviews after the dismissal that Mick was a great motivator and manager, who can do a better job than him in trying to get Wolves out of the relegation zone? I think that along with Gary Bollan, that Mick McCarthy was harshly and wrongly sacked from his job. 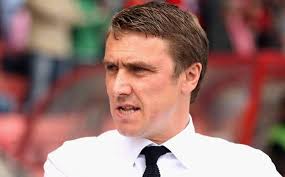 I was rather upset about the news of Mick, as I personally liked the way he went about things and liked him as a person. However after first hearing the news by my friend that Huddersfield Town had sacked manager Lee Clark, I refused to believe him and told him that he must have got it mixed up. I was horrified when after opening up my laptop, the headline was there ‘Huddersfield Sack Manager Lee Clark’ I couldn’t believe it. Last season I remember watching Lee guide The Terriers to the league one play off final, I remember thinking that it was a very good achievement and that the team were going well. After failing to gain promotion, my views only got stronger in the current season as I watched Huddersfield go on an amazing run, have a prolific goal scorer (in Jordan Rhodes), and see them in and about the automatic promotion spots. However after losing to promotion rivals Sheffield United, Lee Clark was unbelievably sacked as Huddersfield Town boss (on the 15th February).  Once again I feel a manager was unfairly and unrealistically sacked from his job, Lee’s Huddersfield had only lost 3 games out of a whopping 55. Huddersfield’s ambitions this season should be to finish in the top 6 and challenge for promotion, but this cannot be the case as Lee was sacked while The Terriers were in 4th place.

I knew that being a football manager was no easy task, and strongly believe that if a manager is under performing and not reaching the clubs ambitions, should be sacked. However in these three men’s case (unless each club’s board are very unrealistically ambitious) are very unlucky and unfairly taken from their jobs.

Blake’s Seven – Why Wolves McCarthy Sacking is Taking the ‘Mick’ and more…
Chelsea: Friends? Or Foes? AVB should be given patience & authority by his owner