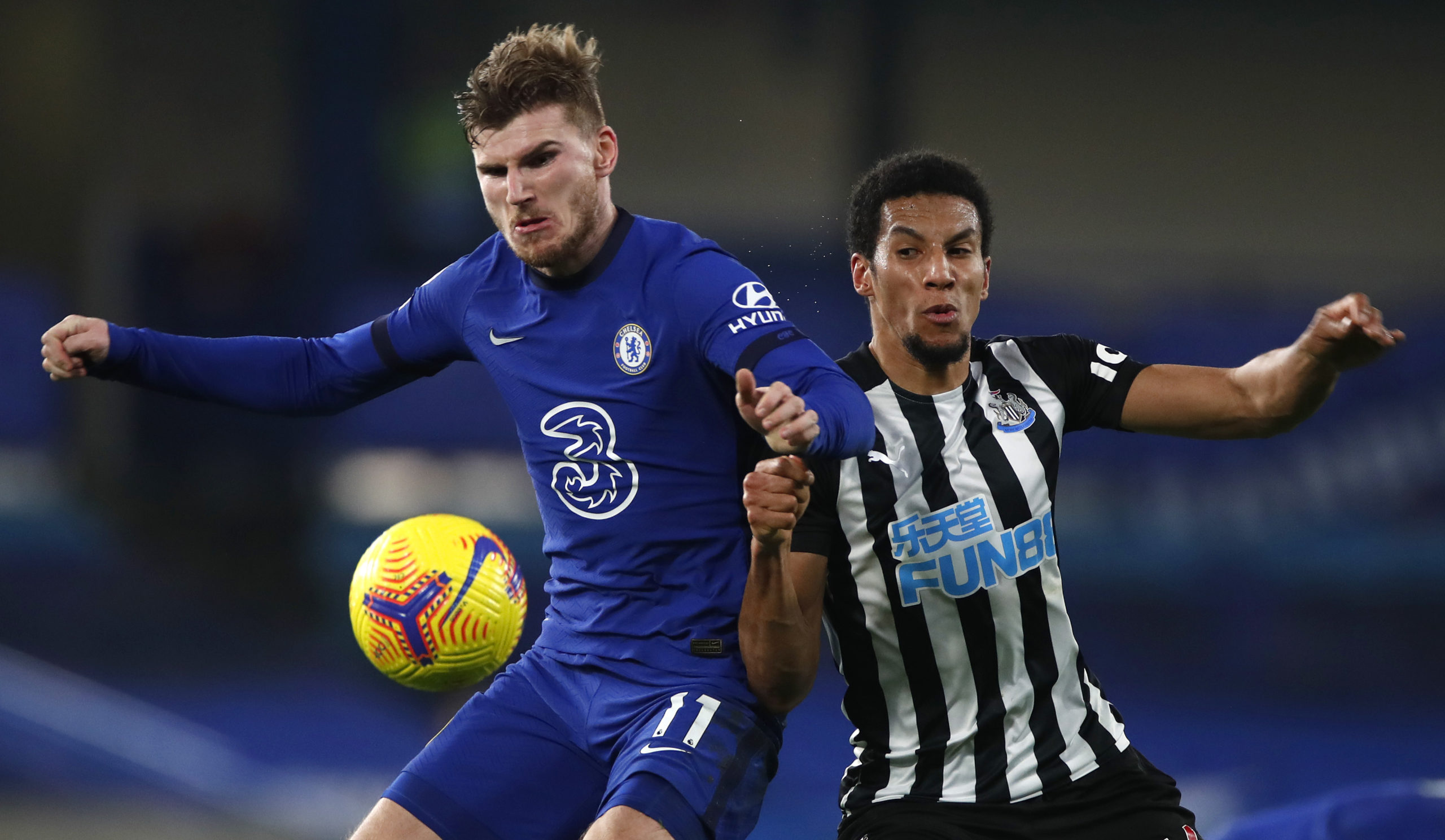 With this victory, the Blues have now climbed to fourth in the table, ahead of West Ham who are currently level on points with the Pensioners.

Timo Werner gave a standout performance against the Magpies and ended his 14-game goal drought with a brilliant strike.

The German striker squandered a good opportunity from Marcos Alonso’s header within the opening half an hour, but then he went on to provide a superb cross that Olivier Giroud easily converted to grab the opener.

The former RB Leipzig star found himself on the score-sheet soon when the ball bounced to him after a corner hit Lascelles and he smashed it home.

With two goals down, Steve Bruce’s side never seemed to make a comeback and the fate of the game never looked in question.

The visitors had picked up two victories from their previous three Premier League matches, but they looked utterly bereft of ideas here at Stamford Bridge.

Chelsea will now travel to Southampton before locking horns with Atletico Madrid in the first leg of the Champions League round of 16. While Newcastle will head to Old Trafford to face Manchester United in what is expected to be a difficult match for the Tyneside club.