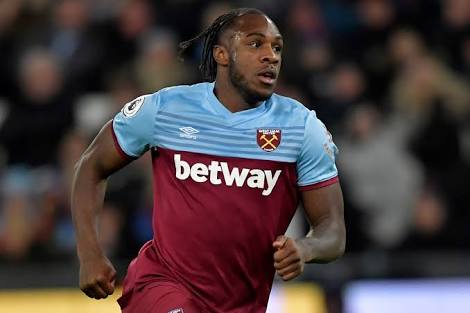 David Moyes has confirmed he will be without Michail Antonio ahead of West Ham’s trip to Liverpool on Saturday.

According to Moyes, the Hammers striker is set to be the only player absent as the team head to Merseyside while also appreciating the backroom staff for their role in getting the players through a heavy schedule since the start of the new season.

“It’s near-enough the first injury we’ve had,” Moyes said on the official website.

“We’ve been pretty consistent and we’ve kept the boys in really good condition.”

The Hammers manager, however, went on to compare the impact of Antonio’s absence to that of Liverpool’s Virgil van Dijk for the Reds.

“I think so but we have really been showing a great team ethic, ” Moyes said.

“We have been scoring goals from all different areas, we have been playing well as a team but I am sure Liverpool will be saying the same about that as well.

“Of course we will miss him, since we came back down from lockdown I think Michail has been as important as any striker in the league.

The 30-year-old forward was forced out of the match against Manchester City last weekend due to hamstring injury, with the match ending in a 1-1 draw.

Moyes, however, does not expect Antonio to be out for long and hopes to have him return to fitness soon.

“Michail has been great for us and he’s played really, really well, he’s an important member of the team,” the boss said in his pre-match briefing.

“He came off against Spurs and just felt something. He played against Manchester City and he just felt it again.

“We don’t think it’s too bad, but it’s enough to keep him out of this game against Liverpool.”

Asked whether the test at Anfield will be the toughest for the Hammers, Moyes said: “Well on paper you are playing the Champions so it is always a tough game but the last three games we have played will have been away at Tottenham, at home to City and away at Liverpool so you have to say, when we saw the fixtures it was always going to be difficult but we have to make the most of it.”

“We play all the teams twice so that’s the way they fall and we are in a good place, the players have confidence, the results make a big difference and I hope the players can go and show it this weekend,” he added.