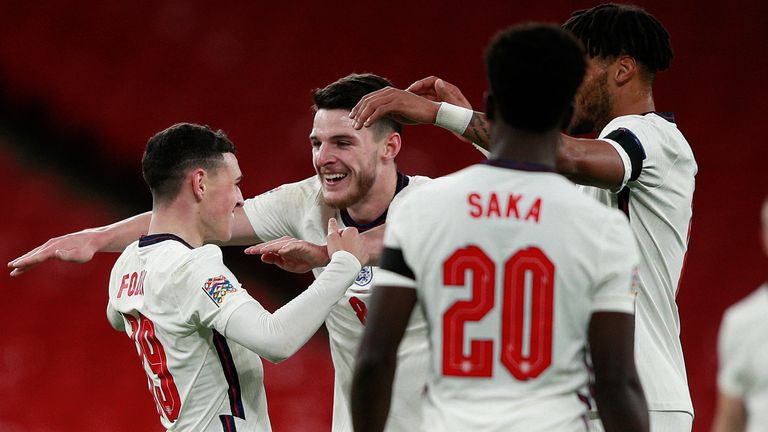 After a congested fixture list it’s been a rather strange year for Gareth Southgate’s England. Having played eight games in a matter of eleven weeks, those wearing the three Lions have very much got us fans hopeful of an exciting Euros next year.

Although we didn’t qualify for the finals of the Nations League, we most certainly made a good account of ourselves against the number one ranked Belgium, as well as against our Welsh and Irish cousins over the friendly meetings. There were some superb performances within the ranks, most notably Jack Grealish, Declan Rice, Bukayo Saka and Mason Mount. Phil Foden had a great game last night against Iceland, but unfortunately was involved in off field issues during his time away with the national side back in September, which did let him down. A mention must also go to Tyrone Mings who found himself as a regular in that back line and has taken his form from Villa Park and applied it so diligently on the international stage. It’s been a real pleasure watching the younger lads come through and really show confidence and ability against very good internationals, and we all know it’s a different type of pressure when it comes to playing international football.

However it hasn’t been easy for Gareth and his coaching staff as despite those who believe he’s not the man to take this team forward, you can’t knock his demeanour or approach to the younger lads who let themselves down over the break and the way he handled the difficult and severe issue with regards to Harry Maguire’s summer.  He’s backed all his players and maybe sometimes being Mr Nice Guy can work, and with the young minds in football being what they are, an arm round and morale boost is what can be a game changer. I’m hoping us as a nation and most importantly the media play the same approach as we did back in 2018 and manage expectations in 2021. It’s going to be vital when we do plays those games at Wembley that the fans, if of course allowed back in then, show full support and remember those on the pitch are still learning their trade. To have these young attacking guys who don’t carry many international caps play alongside Harry Kane and Raheem Sterling will be so exciting to watch, and the headache Gareth will have will be who he chooses to start in the first eleven which is very promising. I’m hoping Gareth goes with an attacking approach as I still believe England’s defence could be the issue, despite players like Mings and Dier performing so well at both club level and national level. If we play bold and exciting football with the fire power we have, that me be our strength when playing against the higher ranking nations.

It’s going to be a good build up to the Euros next year and I’m hoping if all goes well with preparations and players stay fit, it may be that these young guns surprise the country yet again!

Jack Shines Again But Will That Be Enough For Gareth?
2021 Ballon d’Or candidates – Premier League