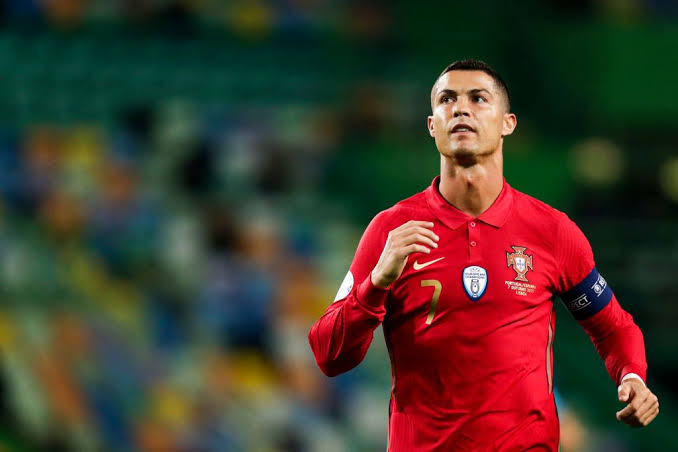 As per the Guardian, the Portuguese Football Federation has confirmed that Cristiano Ronaldo has tested positive for coronavirus.

The Juventus forward will now undertake a period in quarantine after contracting the virus while away on international duty.

As a result, Ronaldo will now miss Portugal’s clash with Sweden in the UEFA Nations League on Wednesday as he begins a ten-day period of self-isolation.

From the report, the Portuguese Football Federation made the announcement in an official statement on Tuesday, which reads: “Cristiano Ronaldo was released from training with the national team after a positive test for Covid-19, so he will not face Sweden.

“The Portugal international is doing well, without symptoms, and in isolation.

“Following the positive test, the remaining players underwent new tests on Tuesday morning, and all produced a negative result and are available to Fernando Santos for training this afternoon, in Cidade do Futebol.”

The 35-year-old forward is also set to miss Juventus’ Serie A trip to Crotone this weekend, as well as their Champions League group stage opener against Dynamo Kiev on October 20.

The former Manchester United and Real Madrid forward is also unsure as to whether he will be available to feature against Barcelona later in the month as he must be completely covid-free for at least one week before the match which is scheduled for the 28th.

Ronaldo had featured in both of Portugal’s matches so far during the international break, starting against Spain in Lisbon before being substituted late in the second half. The Seleccao skipper secured his 167th international cap when Portugal faced World Cup winners France on Sunday with the game ending in a goalless draw.

The result ensured that Portugal stayed top of League A, Group 3 on goal difference ahead of Les Bleus, with Croatia four points further back in third.

However, Ronaldo had been in good form prior to the game against France, netting three goals in his first two games for Juventus in the 2020/21 domestic season.