A Draw for the Match the Whole World Wants to See: Manchester United v Real Madrid

Just as Jose Mourinho anchors his status as one of the greatest managers in the world by stopping Barcelona from dominating the La Liga, his time at the Bernabeu seems to be ticking down. Discipline and harmony in the dressing room are disappearing and they are miles away from the league summit.

It is never easy to sustain top performance in modern football for two consecutive seasons. To maintain for more than 20 years is undoubtedly a rarity. However arrogant Jose Mourinho may be, he has sincere respect towards Sir Alex Ferguson. To recover from a heartbreaking season to leading 12 points with one-third of the season to go, Sir Alex can always find his way to influence and motivate his team to excel.

The well-anticipated match did not disappoint the fans. The away goal rule and Real Madrid’s porous defence encouraged Sir Alex to go for an ambitious formation at the Bernabeu. Neither team was afraid to throw players in attack, with Ozil particularly lively and troubling Rafael in the first half. Although Manchester United looked penetrating in the formation, Alex Ferguson was still cautious with Cristiano Ronaldo, one of his favourite former players. Rooney was instructed to operate on the right to counter the Portuguese winger, albeit ineffectively. 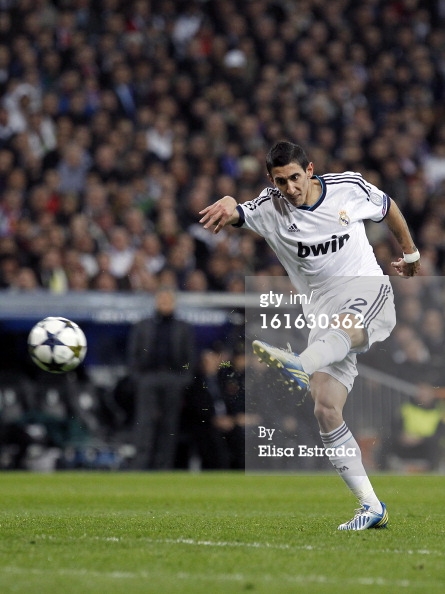 Luck was on the visiting team in the first half. Phil Jones escaped from two tackles, which one on Di Maria could have been a penalty. De Gea’s fingertip save was helped by the post to deny Fabio Coentrao. More importantly, they gained an away goal through Danny Welbeck’s header, although the corner leading to the goal was controversially given.

However, Real Madrid is a team too dangerous to contain for 90 minutes. United sat too deep after the goal and allowed Ozil plenty of space to operate in midfield. Phil Jones played the anchorman but was never composed enough in transition. Shinji Kagawa had moments of flair but was inconsistent and often outmuscled. United could never bring Michael Carrick into the match and was outperformed in midfield. 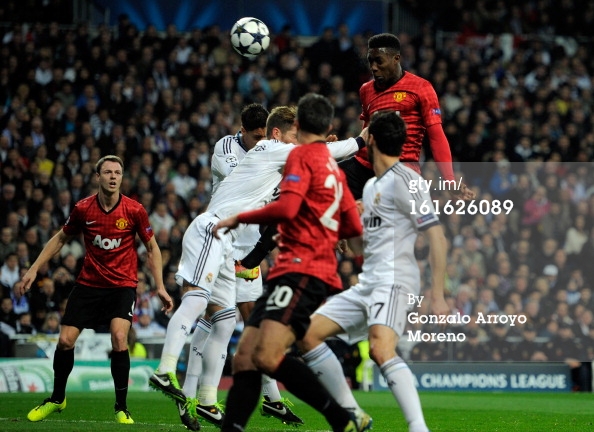 Mehmet Ozil and Angel Di Maria were the better players on Madrid side, but who else could it be when you want a goal? Ronaldo out-jumped Patrice Evra (with his knee-cap levelling Evra’s head) and converted Di Maria’s cross to beat De Gea. A very subtle celebration by Ronaldo could not calm De Gea’s disappointment. While Ronaldo’s aerial ability is to be praised, Patrice Evra could have done more than standing there to defend his former teammate.

There was no way Madrid would accept a 1-1 home draw to finish off the first leg. Di Maria continued to threaten United after the interval, but De Gea refused to give away another goal and produced saves after saves. Real Madrid had the majority of possession, but Ozil and Ronaldo enjoyed less liberty, with Rafael and Evra raising their game in the second half.

United were set to absorb the pressure, but threats were coming from everywhere. Arbeloa and Coentrao combined with the latter looked destined to score with a sliding shot. De Gea somehow kicked the ball away with his boot. Ronaldo was always crowded during open play, but he had all the time he wanted in dead ball situations. His 30+ yard attempt was just over the bar with De Gea astonishingly stationary.

The Red Devils countered well with their limited possession. Carrick’s pinpoint pass released Evra and only Diego Lopez was in his way to score. Varane appeared to have dispossessed the Frenchman, but replay suggested he could instead be sent off. Rooney and Van Persie led a counter attack, with the Dutchman’s right foot shot just denied by the woodwork. The top goalscorer of United then broke the offside trap but miscued his left foot shot which was cleared off the line by the quiet Xabi Alonso. 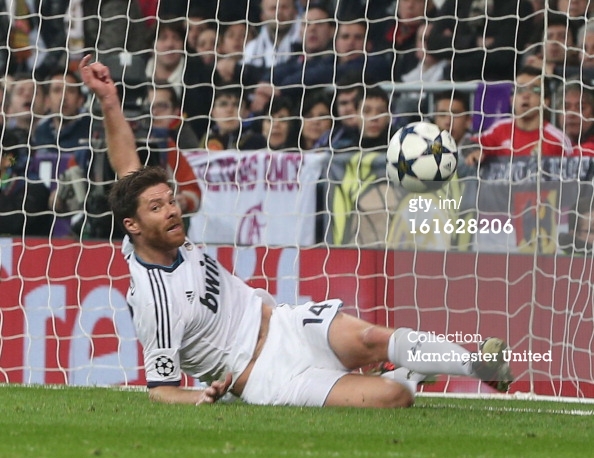 United were knocking on the door for the second away goal. Ryan Giggs entered the match to help regain possession in midfield, and came close to scoring but was prevented by his own indecisiveness. Mourinho inserted Luka Modric to counter Alex’s move, knowing that conceding the second away goal could put them in the back foot.

Robin Van Persie posed a last minute threat though denied by Diego Lopez, but United’s ultimate hero was Phil Jones. Dropping back to a third central defender in the last five minutes, he made a last ditch tackle to deny Real’s number 7 in the box from close range. Although seldom constructive in attacking, he delivered his defensive assignment and covered a lot of ground for the back four.

Going into the second leg with an away goal is a definite advantage for Manchester United, but you can never write off Mourinho’s team in Champions League. The tactician has his gameplans in mind to turn things round at Old Trafford. United cannot count on their defence this season at all. To advance through a goalless draw at home seems close to impossible. We will be set for another evenly contested attacking match in the second leg.