Jack Shines Again But Will That Be Enough For Gareth? 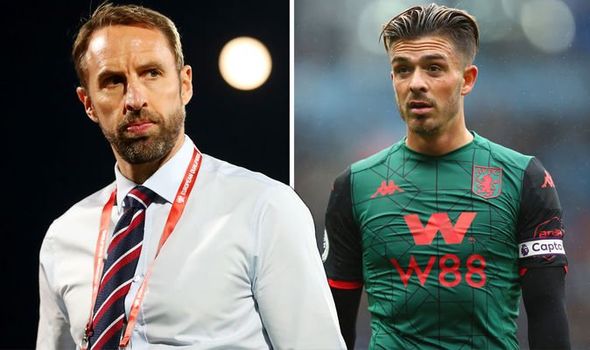 Despite Gareth Southgate stating in the last 24 hours that Jack Grealish will flourish for England after switching his allegiance from the Republic of Ireland, myself and many others are still not convinced he’s one of the first names on the team sheet.

I’ve been a big admirer of Jack since he was a young lad with a temper and huge potential. He’s been sensational for Aston Villa since rising through the youth system and has risen on the big occasions many times, especially over the last eighteen months. In countless games he’s provided vital goals and assists for Villa in such important moments, whether that be the decisive goal in the Second City Derby, a goal on the last day of the season to make sure they stay in the Premier League, or even a dazzling brace against the champions to complete a 7-2 thrashing! It’s still beyond me that none of the ‘Big 6’ have seriously come in for this young man and have not sealed his services. We’ve seen though many clubs like Villa refuse to nudge on price when it comes to important and homegrown assets, and with Jack recently signing a long term contract with his boyhood team, he may be in that rare category of players who are a one man club.

On the subject of Gareth’s England, a player of Jack’s ability and bravery on the ball should have been in the squad last year. He’s someone who always wants the ball and can drift past players with a final product at the end. I look at this England team and can only be excited by the youth coming in, but Gareth will have to be ruthless with his choice of personnel and not just pick those who served him so well in the 2018 World Cup. A lot has changed since then, and it would be wrong to include certain players who are not playing and not performing for their current clubs, such as Jordan Pickford and Dele Alli. Jack impressed greatly on his full debut against Wales last month and since has been spoken very highly of by former representatives. It has also been raised by former pro’s on why it isn’t a full gone conclusion that Jack will be picked for future squads. It’s a strange one and one I don’t have the answer to, as in my opinion he’s the closest we’ve had to Gazza since Jack Wilshire first arrived on the scene.

At 25 years old he only has two senior caps to his name, which could be blamed on the fact that through the majority of his career he’s been playing in the Championship. However he’s now established himself as one of England’s best talents and I sincerely hope he’s a regular for Southgate and that he will be in prime position to show his ability in the Euros in 2021.