Enter The Dragon – Welsh teams in the Premier League

This season saw us come so close to an all Welsh play-off final at the home of English football, Wembley. Had Reading not turned over their opponents in the away leg of their semi-final, we would have been sure of seeing the first non-English team to grace the Premier League. With a 3-0 victory, Reading emerged from the Cardiff City Stadium victorious and will progress as the underdogs for their match against Swansea. Having seen Reading play at Goodison Park earlier this season, I am well aware of what they have to offer. You may think that, as an Everton supporter, I would feel quite resentful towards them due to the outcome of that match; Reading won 1-0, resulting in Everton being knocked out of the FA Cup. Actually, I am rather indifferent towards them, although I do respect their manager and what he has achieved with the team so far this season. So why is it then that I am now desperate to see them in the Premier League next season? Well, the answer is quite simple really. Because they are English. Like many neutrals watching the Champions League, I tend to favour the teams from this country, as they are representing the top division of English football. What I do find strange, then, is that there are a number of teams that play within the English football leagues that in fact all come from a certain other nation. Wales. Granted, this is a country that is much smaller than most, which is the main reason why the football clubs of major Welsh cities Cardiff and Swansea were allowed to join in the first place; they didn’t have a suitable league of their own. Could the same be said for Newport County or Wrexham? It would certainly be interesting to hear justification for the presence of both Colwyn Bay and Merthyr Town in English football. These six teams have all played in the English football league pyramid since their founding and all declined the offer to move into the League of Wales, now known as the Welsh Premier League, when it was founded in 1992. And here lies the problem. The move shouldn’t have been an offer. It should have been compulsory.

Perhaps it wouldn’t seem so unjust if these teams were treated in the same manner and by the same people as the English teams whose league they share. Consistency is crucial in a situation such as this. However, it is clearly not evident in the current system, as all Welsh teams in the English pyramid are governed by the Football Association of Wales (FAW) for disciplinary and administrative matters. An example of this would be Swansea’s appeal to have Neil Taylor’s red card from their play-off semi-final first leg rescinded. Ultimately their pleas fell on deaf ears and the defender has two matches left to serve of his suspension, having already missed the game at the Britannia. So that means he will play no part in the final at Wembley, as well as the first match of next season, be it in the Championship or the Premier League. The real significance of the decision, however, was that it was made by the FA of another country. This means that there is room for discrimination; the authority of the FAW could effectively be used to improve the chances of Welsh teams such as Swansea in their fight for promotion. And, unfortunately, we have to rely on FIFA to eliminate any such corruption in the modern game. 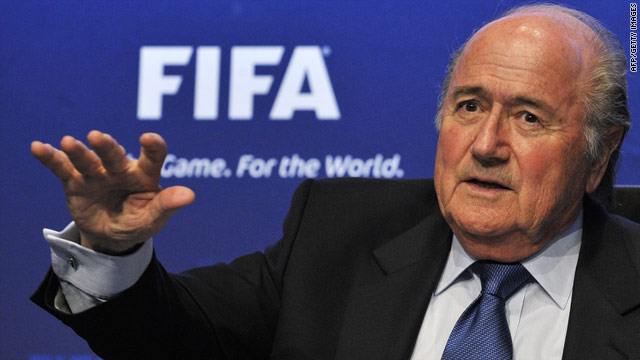 Prior to 1996 participation in the Welsh Cup was not solely available to teams in the Welsh league pyramid as it is now. Welsh teams playing in the English leagues were also invited to take part, surprisingly along with some English teams. Unhappy with how this competition often panned out, the FAW launched the FAW Premier Cup in the 1997-98 season, which included the top Welsh Premier League teams and the top Welsh teams in the English league system. The competition offered a healthy prize fund but, after BBC Wales withdrew their sponsorship in 2008, it was discontinued after only ten years. The Welsh Cup remains however and, in April, the FAW controversially decided to offer the six Welsh clubs who play in the English leagues a chance to rejoin the Welsh Cup. But no doubt we will still see Cardiff and Swansea in the FA Cup next season, the biggest domestic cup competition in the world. Again, an uneven distribution of opportunities.

There have long been arguments for and against Glaswegian giants Rangers and Celtic being allowed to compete in the English Premier League. Undoubtedly dominating the other Scottish teams for decades, these two are seen by some as suitable candidates for inclusion in England’s top flight. I suspect that most English fans feel that they would struggle, in contrast to optimistic members of the Old Firm who believe they could continue to succeed. Whether they are good enough is a different matter, the fact that they are not English should surely be sufficient evidence to prevent it. Well, maybe it would be if it were not for Cardiff and Swansea lurking on the fringes of the top division. As this continues to happen, eventually one will break through the barrier, leaving a path for others as they enter. The presence of a Welsh team in the Premier League could spark protests that would be difficult to ignore. 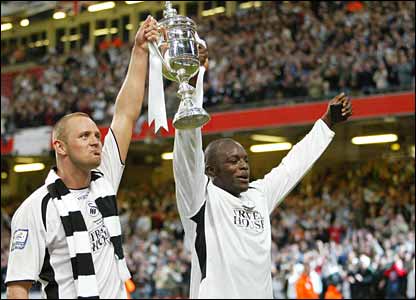 Could this be the Premier League trophy one day?
Related TopicsEnglish Football Football League Clubs