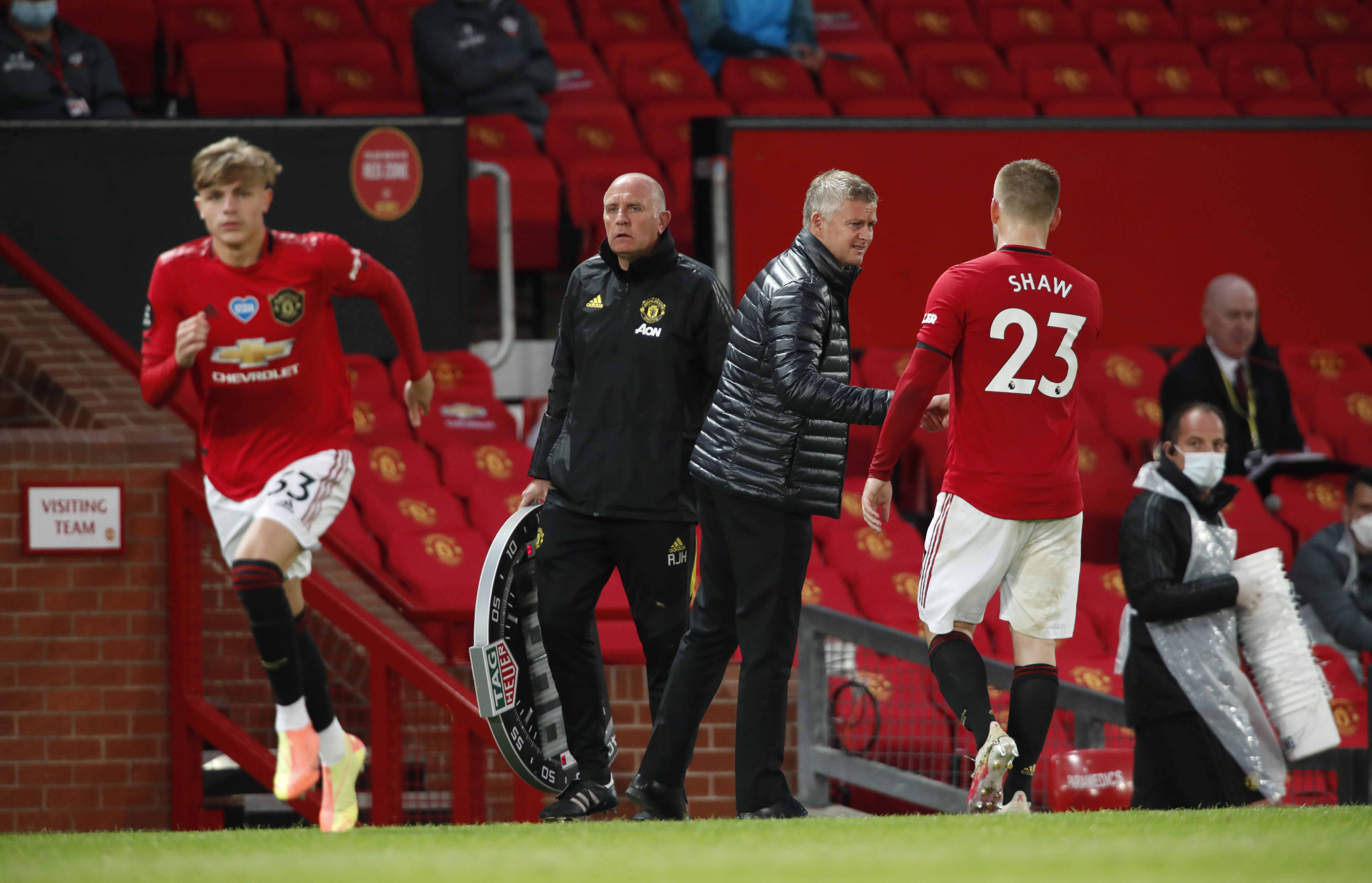 Manchester United are set to lock horns with AC Milan in a mouth-watering Europa League clash at Old Trafford on Thursday.

The Red Devils dominated Real Sociedad in Round of 32, with Ole Gunnar Solskjaer’s side pounding the Spanish outfit with four goals in the first leg before easily defending their lead in the next encounter to proceed to the next round.

The Red Devils should be high on confidence at the moment as they registered a 2-0 victory against Manchester City at the weekend.

The Cityzens’ were on a 21-match winning streak but United ended their brilliant run at the Etihad Stadium, with Bruno Fernandes and Luke Shaw getting on the scoresheet.

Meanwhile, AC Milan have recently seen a downturn in their fortunes after remaining at the top of the Serie A table for the majority of the season.

The San Siro side managed to win only two of their last seven matches, and they are currently second in the table, having secured 56 points so far.

However, they have been victorious in their two most recent away trips domestically and would likely be looking to claim an upset victory at Old Trafford.

For Manchester United, the availability of Marcus Rashford and Edinson Cavani on Thursday is doubtful. While Donny van de Beek, Paul Pogba, Juan Mata, and Phil Jones will all likely miss due to injuries.

Meanwhile, Milan will not have the services of Zlatan Ibrahimovic and Ismael Bennacer as the two are currently injured.