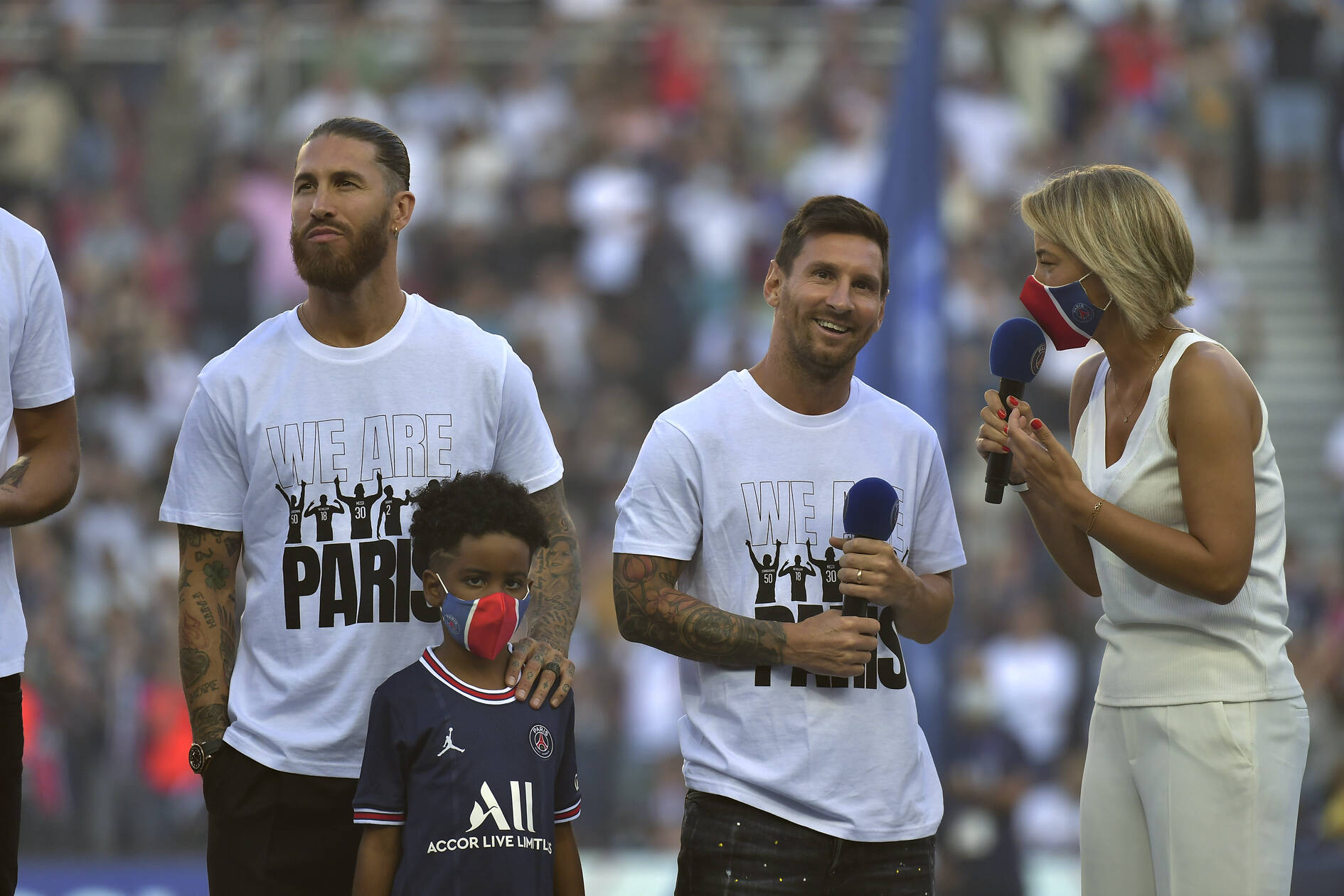 After two months of transfer madness across Europe, the summer window has closed for all of the ‘Big Five’ leagues.

One of our sister sites has already looked at the best transfers for Premier League clubs, so we will assess the Bundesliga, Serie A, La Liga and Ligue 1.

We will pick an XI factoring in not just player quality and potential but also the club’s requirements, player’s age, transfer fee, contract length and some other details.

Expect to see a lot of Paris Saint-Germain signings in this XI because, well, they’ve simply done a stellar job of signing amazing players.

The first is goalkeeper Gianluigi Donnarumma, who left AC Milan to join the French club on a free transfer.

His superb work in the penalty shoot-outs in the semi-final and final took the Azzurri to a famous victory. Before that, he made well over 200 appearances for Milan.

Donnarumma must put in the hard work to establish himself as PSG’s first-choice goalkeeper as Keylor Navas will provide stiff competition.

After impressing heavily in the past two seasons at Borussia Dortmund (on loan from Real Madrid) and Inter Milan, there was a fair amount of interest in Achraf Hakimi.

The reigning Serie A champions needed to sell some players due to their financial situation, and he joined Donnarumma in moving from Milan to Paris for €60 million.

The Moroccan full-back had racked up 30 league goal involvements in the last two seasons and started in the same vein at PSG with a goal on his Ligue 1 debut against Troyes and an assist a couple of games later against Brest.

Right-back has been a weak link for the Parisians in the recent past, but they seem to have a long-term solution in Hakimi.

Our first non-PSG player is a French international, with Dayot Upamecano the first of our two centre-backs following his €42.5m move from RB Leipzig.

Former Leipzig manager Julian Nagelsmann’s decision to take over as Bayern Munich’s head coach will make the transition much easier for both.

Upamecano has played every competitive minute at Bayern under the young German tactician, winning a piece of silverware in the German Super Cup against Borussia Dortmund.

Moving on from veteran centre-backs Jérôme Boateng and David Alaba was never an easy task for Bayern, but they have a perfect long-term replacement on their books in Upamecano.

Back we go to PSG signings, as the left side of our XI’s defence begins with Sergio Ramos, who left Madrid following the expiry of his contract there.

After 16 seasons in the Spanish capital, the 35-year-old defender has found a new home in the French capital, but he will face more competition for a starting spot at his new club.

PSG have Marquinhos and Presnel Kimpembe along with good back-up options such as Abdou Diallo and Thilo Kehrer at centre-back.

Ramos missed the first few matches of the season due to a thigh injury, but he should be fit and firing soon as he looks to nail down a starting spot.

However, his permanent transfer was finalised in this window, which qualifies him for a spot in our XI.

While the Spaniard impressed under Nagelsmann in a back-three system, he has some adapting to do as new manager Jesse Marsch appears to favour a 4-2-3-1, meaning that Angeliño will have to work on his defending – something that might have been one of the reasons why he failed to thrive under Pep Guardiola.

How he does in a different role will be interesting to monitor, and in the signing of highly-rated Croatian talent Joško Gvardiol, Leipzig certainly have the competition to keep Angeliño on his toes.

Moving into midfield, we see one of the most underrated signings of the window, as Atlético Madrid’s €35m signing of Rodrigo De Paul from Udinese has to go down as one of the best pieces of business in this window.

The defending La Liga champions have a high-quality player on their hands here – the Argentine international is the perfect mould for a Diego Simeone midfielder.

He is happy to work his socks off without the ball and can pose a serious attacking threat when on it, as proven by his nine goals and as many assists in last season’s Serie A.

De Paul’s time in the Spanish capital got off to a good start as he assisted the winning goal in his full debut against Elche. The first of many, Atlético fans will hope.

Every time there is an international tournament, we find some breakout stars getting transfers to big-name clubs.

One of those from the most recent edition of the Euros was Manuel Locatelli, who joined Juventus on a two-year loan with an obligation to buy.

The 23-year-old midfielder’s stellar performances at the Euros would have been no surprise to those following him closely, as he had consistently impressed at Sassuolo for the last three seasons.

Either way, he certainly deserves credit for stepping into Roberto Mancini’s side in the temporary absence of Marco Verratti and performing as well as he did.

He will now have to take another big step up as he looks to earn a key starting role under Massimiliano Allegri at Juventus.

We’re back in Paris for our final midfield role, which is filled by Georginio Wijnaldum following his free transfer from Liverpool to PSG.

The 30-year-old midfielder was one of Jürgen Klopp’s key players en route to the 2018/19 Champions League triumph and 2019/20 Premier League success, but he decided against extending his contract.

His work rate and adaptability mean that he will have a key role to play in the all-star side that PSG are assembling, as he will have to act as the glue between all the mercurial talents around him.

In this respect, he could even go on to be their most important player this season.

Mauricio Pochettino has certainly placed his immediate trust in him by handing him starts in all four Ligue 1 games, and something drastic will need to occur for that to change.

PSG’s biggest acquisition of the summer undoubtedly has to be Lionel Messi.

The Argentine great looked set to sign yet another contract extension with Barcelona, but financial issues prevented that from happening.

With Man City cooling their interest in Messi, PSG were able to sign one of the best players in football history.

We really do not need to tell anyone about how outstanding Messi is, so all we can say is that PSG are serious about exacting revenge on the whole of Ligue 1 following their failure to win it last season

They will probably even be looking to conquer Europe in the Champions League with all their impressive signings.

The experienced strikers’ market in Europe has been fairly active this summer with Romelu Lukaku, Sergio Agüero, Edin Džeko and Danny Ings all switching clubs.

Highly-rated prospects such as Tammy Abraham, Patson Daka, Donyell Malen and Myron Boadu have also moved, but our striker pick falls in between the aforementioned categories.

André Silva has joined Leipzig from Eintracht Frankfurt for €23m and will be tasked with replacing the goals of Timo Werner, who joined Chelsea in 2020.

None of Leipzig’s players reached double digits in terms of Bundesliga goals last term, so they certainly were looking for a striker.

Silva netted 28 times in 32 league appearances as he finished second in the scoring charts (ahead of Erling Braut Haaland), so he clearly is exactly what Leipzig need.

The Portuguese international already has a goal and assist to his name. With all incredible creators around him such as Dominik Szoboszlai, Emil Forsberg, Dani Olmo and Christopher Nkunku, he could end up with a very high tally by the end of the season.

Replacing Messi is simply impossible, but Barcelona do have a new man at the heart of their attack now – Memphis Depay.

The Dutch international joined the Catalan club from Lyon on a free transfer before the Argentine legend’s departure became inevitable, so he probably did not sign up to the role of star attacker, but he has filled it well so far.

On the back of a really impressive Ligue 1 2020/21 season where he scored 20 goals and assisted 12, there will be big expectations for Depay.

His relationship with manager Ronald Koeman from their time together with the Dutch national set-up must have helped him settle more quickly, as he is already up and running with an assist on debut and a goal in the following match.

Matching Messi’s 39 goal involvements from the last La Liga season is a near-impossible feat for most, but there is nothing to say that Depay will not have an excellent season at Barcelona.