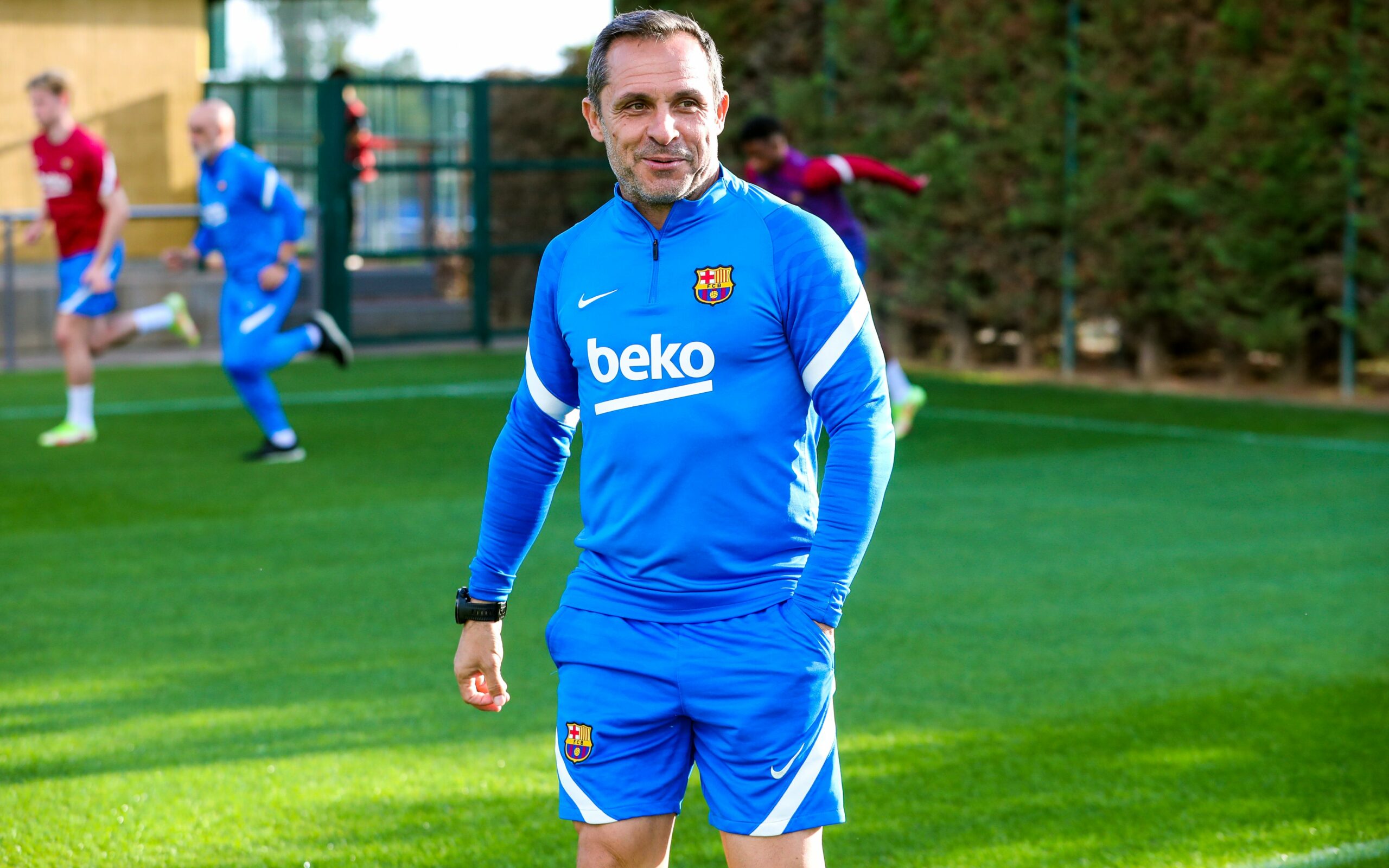 Ronald Koeman has been sacked as the head coach of Barcelona following a 14-month tenure at the Catalonian club.

The Blaugrana are currently ninth in the La Liga table after winning four of their opening ten games.

They are six points behind top spot after their recent 1-0 defeat to Rayo Vallecano, who had not beaten Barcelona since 2002.

The loss was the club’s third defeat in their past four games and followed their disappointing defeat to rivals Real Madrid in Sunday’s El Clasico.

Koeman, who previously managed the Netherlands, Everton and Southampton, took over after the club’s devastating 8-2 loss to Bayern Munich at the end of the 2019-20 season that resulted in Quique Setien losing his job.

The former Netherlands centre-back played for the Blaugrana from 1989 to 1995 and is best remembered by fans for his game-winning goal in the 1992 European Cup final.

The 58-year-old had led Barcelona to a Copa del Rey title last season, but his side exited the Champions League in the round-of-16 and finished third in La Liga with their lowest points tally since 2008.

However, Koeman did create a balance of experience and youth as he brought Óscar Mingueza, Pedri Gonzalez, Ronald Araujo and Gavi Paez into his starting line-up alongside veterans Jordi Alba, Gerard Pique and Sergio Busquets.

The Dutchman faced a daunting challenge in reaching both the club’s and fan’s expectations for this season, considering Barcelona had lost two of their best players in Antoine Griezmann and Lionel Messi and were unable to buy anyone over the summer, excluding loans and free transfers.

Since Koeman’s arrival in August 2020, Barca’s attack has transitioned from Luis Suárez, Messi and Griezmann to Memphis Depay, Luuk de Jong and an ageing Sergio Agüero.

This significant decline in quality sums up the impossible feat that Koeman and now his successor will face.

Sergi Barjuán has been announced as the caretaker manager until the club appoints a proper successor to Koeman.

Barjuán was appointed Barcelona’s reserve team coach in July and had previously played for the club from 1993-2002 as a left-back.

The leading candidate to replace Koeman is former Barcelona midfielder Xavi Hernandez, who is currently coaching Saudi Arabian side Al-Sadd.

Xavi does not have the experience Barcelona needs, but he spent 17 years at the club as a player and has publicly expressed a desire to eventually take up the post.

Barcelona will feature next this Saturday as they face off against Deportivo Alavés at Camp Nou.