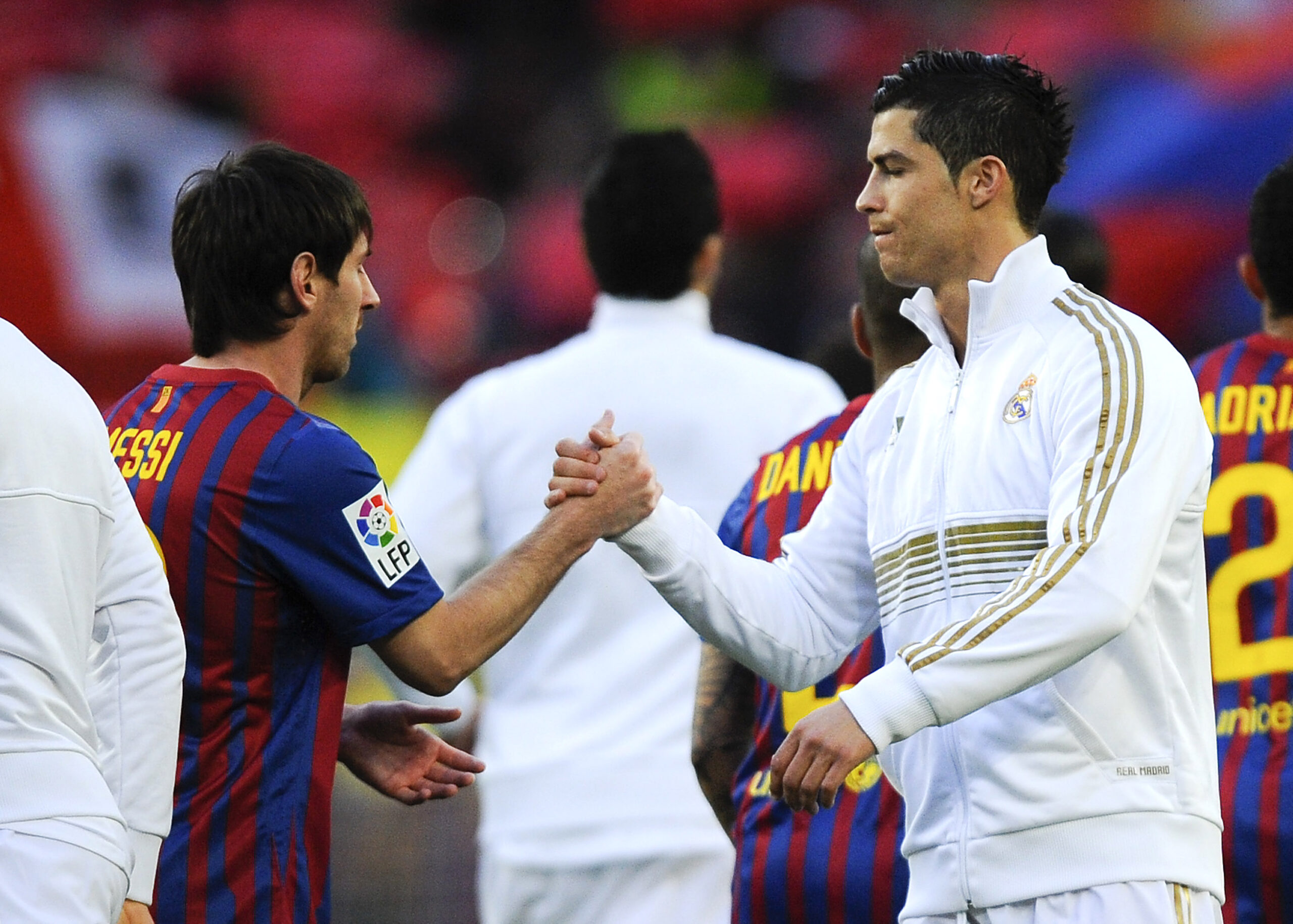 Not very long ago, the titanic clash between Real Madrid and Barcelona would keep fans on their toes weeks before the match.

But with Cristiano Ronaldo long gone for pastures new and Lionel Messi departing his boyhood club this summer, El Clasico has somewhat lost its lustre.

Madrid are third in the La Liga table with 17 points from eight games while Barcelona languish in seventh with 15.

Despite the relatively underwhelming atmosphere around the fixture this time around, any Madrid versus Barca tie is always the pinnacle of football rivalry in La Liga.

Ahead of the clash on Sunday, we take a look at the seven greatest goalscorers in the fixture’s long and storied history.

Madrid’s legendary world-conquering duo Ferenc Puskas and Francisco Gento each scored 14 goals in El Clasico during their stints with the club.

The two shared a dressing room at the Santiago Bernabeu, winning three European Cups together. Gento featured in a record eight finals, winning six of them.

Meanwhile, Cesar Rodriguez of Barcelona also bagged 14 goals for Barca in this fixture. The iconic Blaugrana striker played for Barcelona from 1939 till 1955.

Former Madrid talisman and captain Raul Gonzalez is one of the greatest players to ever play for the club. The Spanish striker had a particular knack for scoring against his club’s biggest rivals.

During his time at the Santiago Bernabeu, Raul scored 15 goals against Barca in 37 El Clasicos.

Raul’s first appearance in the iconic fixture was way back in 1995 when Madrid decimated Barca 5-0. His final bout was in the 2-0 defeat in April 2010.

Cristiano Ronaldo moved to Madrid from Manchester United in 2009. What followed was him and Lionel Messi taking El Clasico to a whole new level of competitiveness.

During his nine-year stay in Spain, Ronaldo scored 18 goals against Barcelona, nine of which came in La Liga.

Ronaldo still holds the record of scoring in most consecutive games in the history of El Clasico after bagging seven in six consecutive matches across the 2011-12 and 2012-13 seasons.

14 of Di Stefano’s goals came in La Liga, while two each were registered in European and Copa del Rey fixtures.

While Messi and Ronaldo have broken almost every record in the fixture’s history, Di Stefano still holds the distinction of being the oldest player to score in an El Clasico when he found the back of the net aged 37 years and 164 days on December 15, 1963.

Messi enjoyed scoring against Madrid. The Argentine maestro bagged a whopping 26 goals in El Clasicos during his time in Barcelona.

Out of Messi’s 26 goals, 18 came in La Liga, six in the Spanish Super Cup and two in the Champions League. The Paris Saint-Germain star faced Madrid 45 times, winning 19, losing 15 and drawing 11 of them.

Messi also jointly holds the most number of hat-tricks (2) in the fixture. The other two players who have scored as many hat-tricks are Jaime Lazcano and Puskas.