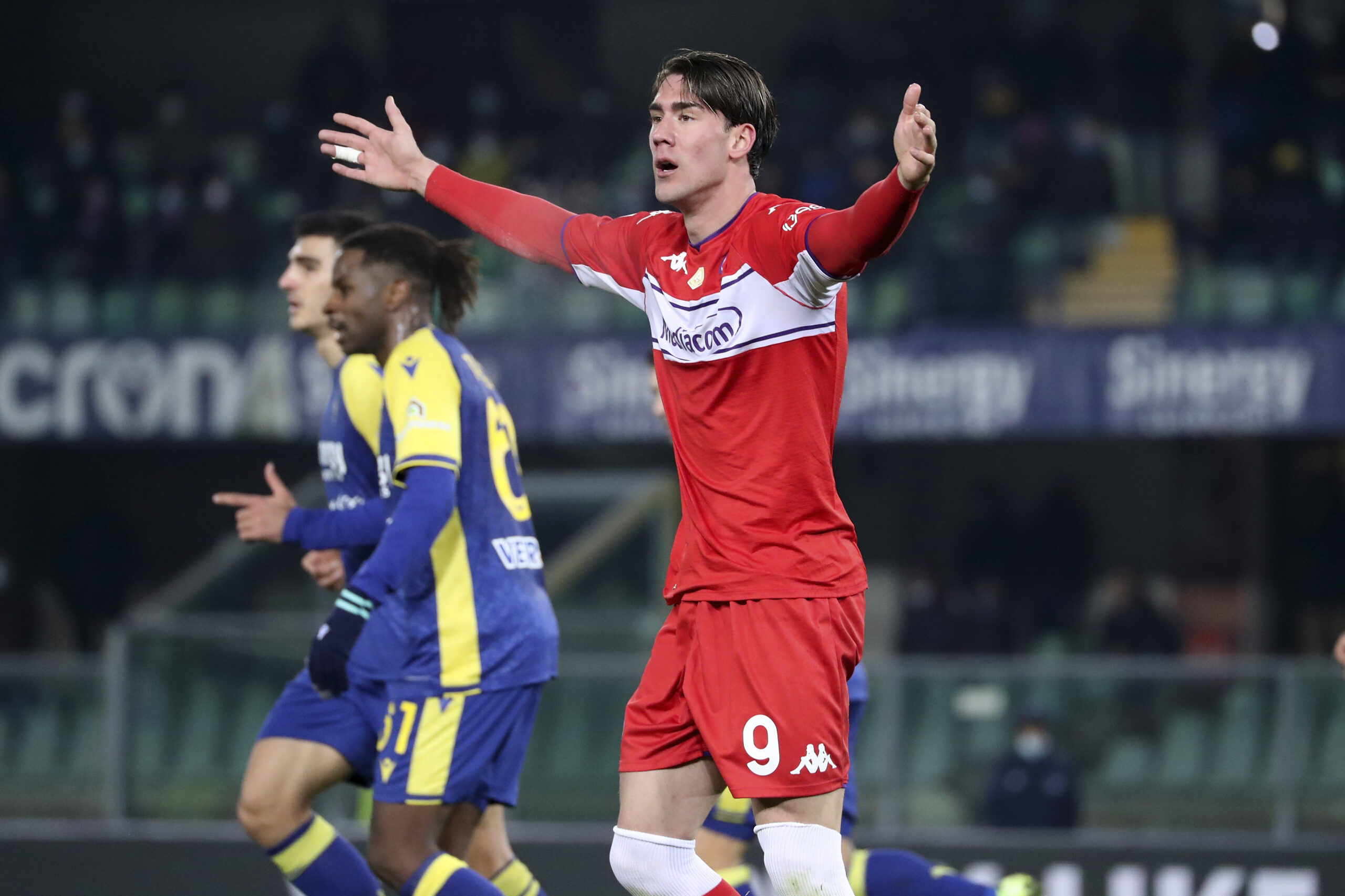 In-demand Fiorentina striker Dusan Vlahovic will be one of the hottest topics in the upcoming transfer windows as a host of Europe’s top clubs continue to monitor his progress.

Since Federico Chiesa left Artemio Franchi to link up with Juventus in summer 2020, the Serbia international has soaked up the limelight as one of Serie A’s most prolific players.

Vlahovic tallied a whopping 21 goals and two assists in 37 league appearances during his breakthrough Serie A season last term, developing into one of the headline performers in Italy’s top-flight.

The Serb’s eye-catching performances last season attracted plenty of suitors from across Europe, with several Premier League sides attempting to lure him away from Fiorentina in the summer.

Arsenal, Manchester United and Tottenham Hotspur were linked with a move for La Viola’s goal-machine before the start of the season.

However, they ultimately refused to meet the Italians’ €70 million asking price.

Vlahovic’s current contract runs out in the summer of 2023, with the player yet to pledge his long-term future to the club.

It appears as if the coveted youngster is eager to take his career to the next level and secure a high-profile move either in January or at the end of the season.

He has carried his predatory form into 2021/22, already racking up 16 goals and three assists from 20 Serie A outings as he currently tops the scoring charts in the competition.

Since the ex-Partizan Belgrade youth product has refused to show any signs of stopping, elite clubs have intensified their interest in recent weeks.

Juventus are also amongst the clubs keeping close tabs on Vlahovic as the Allianz Stadium chiefs look to reinforce the squad that faltered last season and continues to underperform this term.

Cristiano Ronaldo’s decision to sever ties with the Bianconeri in the final days of the summer transfer window has blunted Massimiliano Allegri’s attack.

The record-time Italian champions have netter a mere 27 goals after 19 Serie A fixtures this season, their lowest scoring tally at this stage of the season since the early ’00s.

Juventus have identified Vlahovic as the ideal solution for their growing scoring issues and are ready to pounce for the Fiorentina danger man.

Juve boast a friendly relationship with La Viola, having already signed their two jewels, Federico Bernardeschi and Chiesa, over the past few years.

However, they will face stiff competition from Manchester City.

The Cityzens have placed Vlahovic at the top of their shopping list following several failed attempts to land Harry Kane from Tottenham Hotspur in the summer.

A lack of an out-and-out striker in the wake of Sergio Aguero’s departure has created Pep Guardiola plenty of troubles in the early exchanges.

The Spanish manager is keen to rectify his past mistakes by acquiring the services of the highly-rated Serb, with Man City reportedly at the front of the queue to sign the 21-year-old.

Given Vlahovic’s current contractual situation, Fiorentina may have to drop their asking price and sell their standout striker on unfavourable terms to avoid losing him for peanuts in the future.