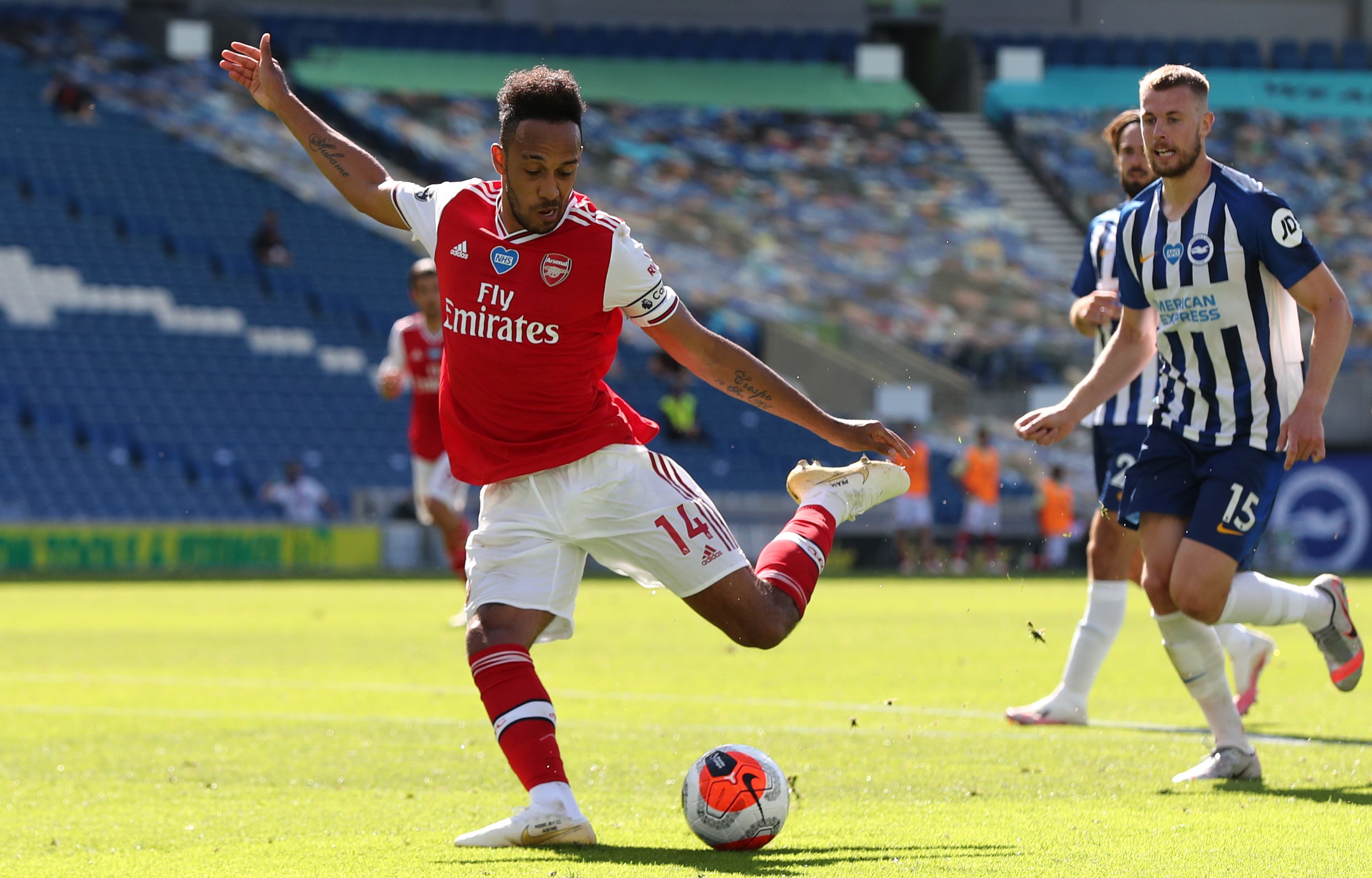 The New Year signals the start of the 2022 January transfer window, which offers a great opportunity for a host of players to reignite their careers by making a move.

Many high-profile names are currently stuck in unhappy situations and they will be desperate to leave their clubs in this window.

Aubameyang’s future at Arsenal is uncertain and will be a huge subject of speculation this month. Mikel Arteta has refused to confirm whether the striker has a long-term future at the Emirates Stadium.

However, the Spanish boss didn’t hesitate to strip the Gabon international of the captaincy after his latest disciplinary breach. And it may be that there is no way back for Aubameyang in the team.

If the Gunners decide to put him up for sale, many clubs are likely to show interest in the striker despite his rule-breaking on several occasions.

Newcastle United have been credited with an interest while Barcelona have also been linked (as per Sport). However, his enormous salary could prove to be a big hindrance in the way of a deal for the 32-year-old.

Van de Beek has been struggling for minutes this season, with the midfielder only making seven substitute appearances in the top-flight this season.

It makes little sense for the Netherlands international to stay if he is only warming the bench at Old Trafford. Van de Beek will likely push for a move in January if he isn’t given assurances of minutes.

When the 24-year-old first came to the English shores in 2020, he boasted a glowing reputation having been part of the Ajax team that reached the 2019 Champions League semi-final. However, the talented midfielder has been reduced to a bench-warmer by the Red Devils.

Van de Beek is reportedly desperate to play regular football again and could make a move in January.

Digne’s absence from Everton’s squad in their 2-1 victory over Arsenal earlier this month was a big surprise, considering he was the Toffees’ only recognised left-back.

However, it later emerged that the France international had argued with his manager Rafael Benitez over tactics.

Since that incident, the France international has been out of the squad. And now it appears that he could leave Goodison Park in the January transfer window.

According to the Mirror, Chelsea are reportedly considering a move for him, with Ben Chilwell sidelined for the remainder of the season.

Coutinho is desperate to reignite his career by finding a new club. The Brazilian has been linked with a return to the Premier League with several English sides said to be interested in his services.

His prospects don’t look great under new boss Xavi Hernandez, with some reports claiming that he has been told by the manager to expect limited game time.

Arsenal, Tottenham Hotspur, Everton and Newcastle have been credited with an interest, and they could be tempted to make a move for him.

Bale hasn’t played for Real Madrid since August, with injuries keeping him out of the squad.

His lucrative contract at the Santiago Bernabeu is set to expire in the summer, but his present employers want to bank a transfer fee instead of letting him leave for nothing (as per Marca).

Bale returned to Tottenham Hotspur last season but, aside from a few good displays, failed to impress in north London.

However, the 32-year-old boasts a wealth of experience and has won four Champions Leagues and two La Liga titles. He can still reignite his career by moving to another club.