Forget the San Siro, Bloomfield Road is Just as Important

Tottenham Hotspur enjoyed another one of those great European nights which will seal the 2010/11 season’s place in Spurs folk law, when they experienced victory in Milan on Tuesday night. But now seven days after that historic night, Spurs are charged with trying to gain a priceless three points in Blackpool; a far cry from the fashion capital of the world.

When you consider their inexperience in the circus act which is juggling European and domestic matches, Spurs have taken to the task like the proverbial duck to water. They have won half of their eight Premier League matches which have followed Champions League ties. And with Blackpool continuing to humiliate their doubters, and F.A. Cup elimination meaning Spurs have had a full week to prepare for the match, there is no reason for complacency to make its way into the dressing room.

Victory over Sunderland last week means the away side have the chance to leapfrog Manchester City into third place with a win. And with Chelsea and Manchester City spending almost £100m between them in January, that is an opportunity that they surely have to seize upon in the race for Champions League qualification. But the Seasiders will also be hungry for a positive result, after their recent draw with Aston Villa put to an end a five match losing streak. That run means Ian Holloway’s side now find themselves battling to retain their Premier League status. And if Tottenham’s defeats to Wigan and West Ham earlier in the season tell us anything, it is that this game is by no means a foregone conclusion.

Last Tuesday night’s performance leaves Harry Redknapp with some tough decisions to make.  Wilson Palacios and Sandro were among the stand-out performers in Milan, but one of them will have to be sacrificed should he wish to start the returning Luka Modric. A calf injury picked up by Rafael van der Vaart, however, has saved Redknapp the decision of whether to drop Tuesday’s match winner Peter Crouch. The Dutchman’s absence means they will probably line up with two strikers, and Crouch’s showing and goal have probably done enough to earn a starting spot, despite his woeful goal scoring record in the league, alongside either Jermain Defoe or Roman Pavlyuchenko.

Crouch hasn’t been able to replicate his European form domestically

I also expect Niko Kranjcar to return to the side in place of Steven Peinaar, to give the side a better attacking outlet down the left.  One imposed change will be at right-back, where Alan Hutton will have to replace the injured Vedran Corluka. Jonathan Woodgate also picked up an injury during his first 20 minutes of football in over a year at the San Siro.

Blackpool have no new injury concerns ahead of the match, but goalkeeper Matthew Gilks remains sidelined.

Both teams have built reputations for their free-scoring football this season. But if this game is going to be won, you expect it to be won in the midfield. Charlie Adam, subject of a late deadline day bid from Spurs in January, has been one of the league’s top performers this season, and will play a key role in unlocking Tottenham’s defence. It is anybody’s guess who will line up against him in the opposing midfield, but if Sandro has earned a start, it will be his job to stifle Adam’s impact. 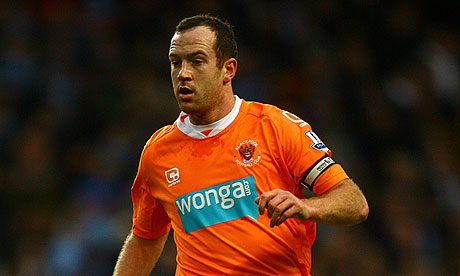 If the Blackpool captain is afforded too much space, he will be able to help utilize the home side’s other main strength. The pace of DJ Campbell. If there is one thing Michael Dawson lacks as a defender, it is pace, and that is an area Campbell could potentially exploit.

With both teams having a long time to prepare for the meeting, and with the attacking philosophies religiously adhered to by the respective managers, we should be in for an entertaining match. I would back Tottenham’s quality to just edge it 2-0, but I say that with no real degree of confidence. The away side are 4/5 to come away with all three points, but the Seasiders have made somewhat of a habit of upsetting the bookies this campaign.

Tottenham’s ten-year itch…
Why are Tottenham not pushing for the title?