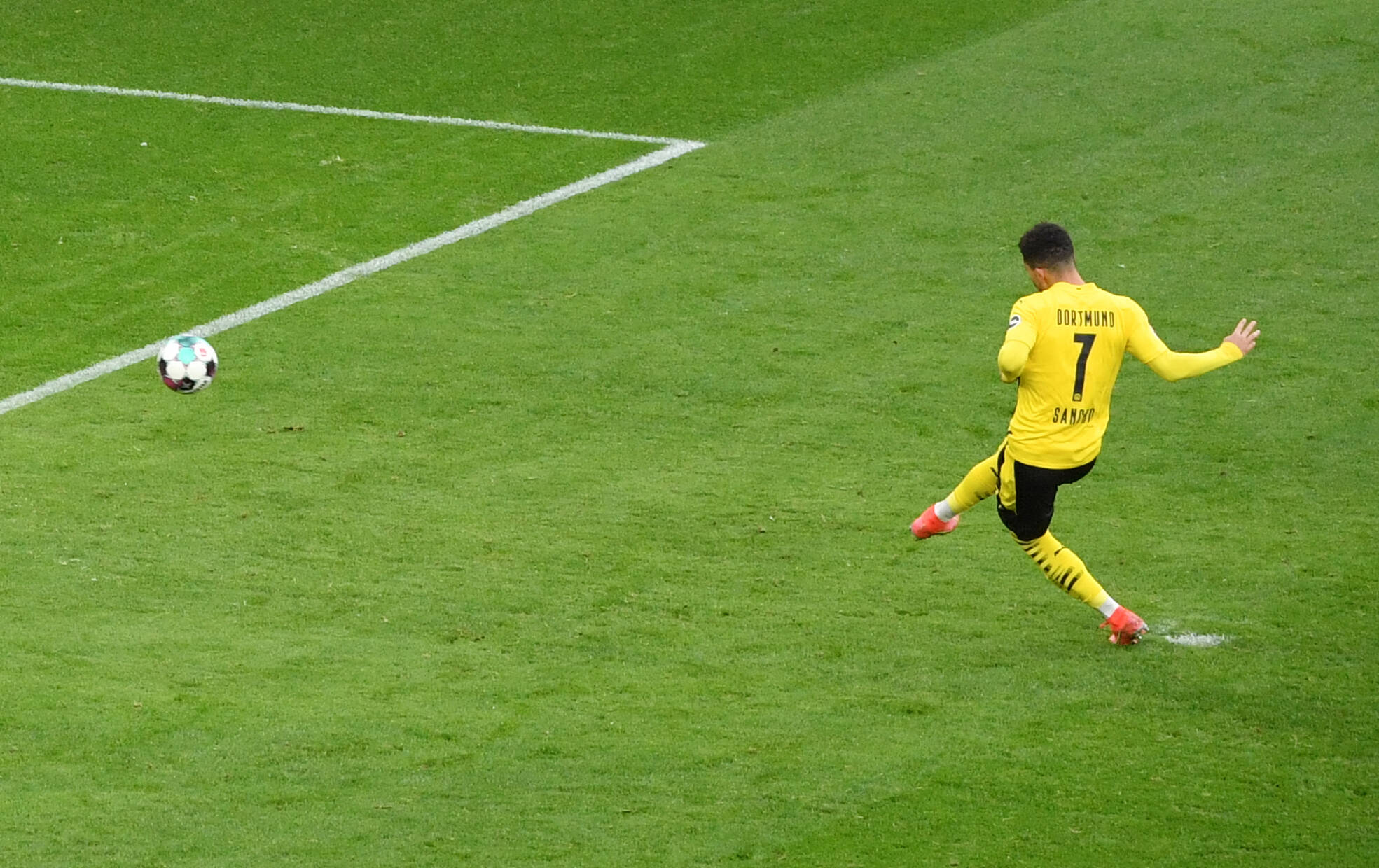 Fabio Borini has urged Liverpool to steal Jadon Sancho away from Manchester United in the summer transfer window, per CaughtOffside.

The Italian winger spent three disappointing years at Anfield after Brendan Rodgers splashed out £12 million to sign him from Roma in 2012.

Even though he failed to leave a mark at the club, the 30-year-old still holds great affection for the Reds.

After seeing his former side crumble on all fronts this season, Borini has urged Jurgen Klopp to push for the Borussia Dortmund star this summer.

In 2017, the English whizz-kid landed at the Signal Iduna Park, and he soon nabbed the supporting striker’s role ahead of the injury-prone Marco Reus.

A remarkable tally of 20 goals and 20 assists in 2019/20 illustrates how talismanic Sancho can be at the peak of his game.

Unfortunately, after being subjected to wild transfer speculation in the summer of 2020, the former Manchester City academy graduate failed to carry his predatory form into this season.

Despite enduring a dip in form this term, Sancho has still managed to add 12 goals and 16 assists to his tally in all competitions.

United tried to snatch the England international away from the Bundesliga last summer, but Dortmund’s £100m valuation proved to be a sticking point.

According to some recent claims, the Germans have reduced their demands and could be willing to negotiate the winger’s sale at the basis of £86m this time around.

Dortmund’s readiness to offload their prized asset for a lower figure could tempt both United and Liverpool into making new approaches at the end of the season.

Jurgen Klopp is a known admirer of Sancho and has been monitoring the 21-year-old’s development in the Bundesliga for a couple of seasons.

With his all-star trio – Sadio Mane, Mohamed Salah and Roberto Firmino – blowing hot and cold this season, the German manager may rekindle his interest in the Dortmund ace.

The Red Devils are also keeping a watchful eye on Sancho as Ole Gunnar Solskjaer prepares to add a couple of top-class players to his well-knit roster.

However, Borini would like to see his former employers hijack United’s pursuit of the English prodigy.

“Looking at Liverpool’s competitors, I think more depth in the attacking positions would do the team well,” the Italian told CaughtOffside.

“Jadon Sancho would be a great signing and it would be fun to steal him from Man United.”

The most valuable football clubs: Barcelona, Real Madrid and Bayern Munich
Where do Sheffield United rank in the worst relegated teams of the Premier League era?