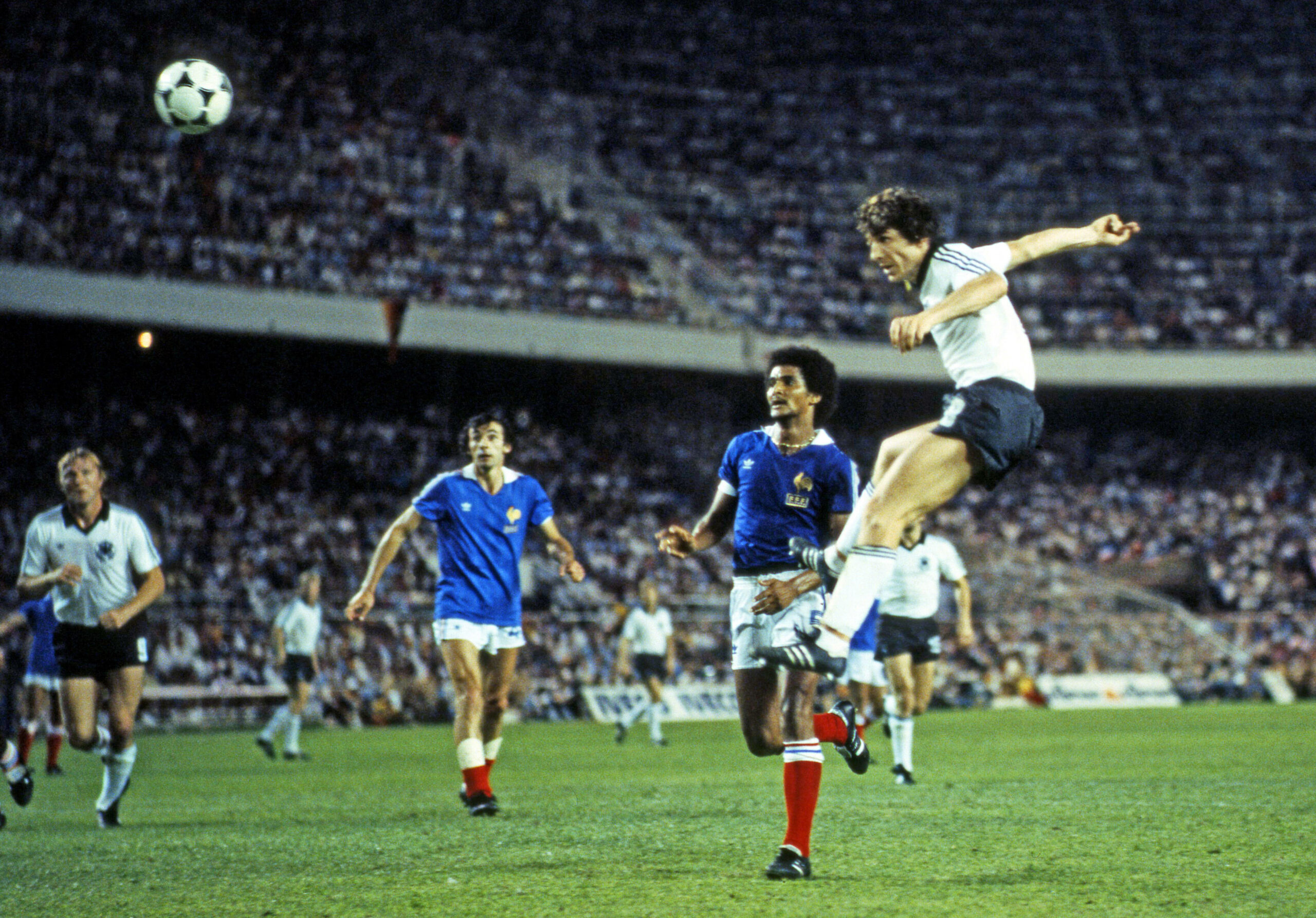 France and Germany are set to square off against each other at the Allianz Arena on Tuesday for their Group F opener in the European Championships.

The two teams have been bundled together with reigning champions Portugal and Hungary in the ‘Group of Death’.

Ahead of the heavyweight clash between the two European powerhouses, here’s a look back at the intense rivalry they share.

Some people say that the French-German rivalry dates back to the Second World War, while others argue that the persistent hankering to get one-up against each other dates as far back as the territorial and cultural wars between Gaul and the Germanic tribes before the Roman conquest of the lands.

The capture of Paris by the Prussian Army in 1870 did not do any good to the relations between the nations either.

But the two World Wars are permanently etched in the collective psyche of people in either side of the border.

So much so that when France and Germany met in the quarter-finals of the 2014 World Cup in Rio de Janeiro, a photo exhibition commemorating the 70th anniversary of the liberation of Paris from Nazi occupation was on display at the Hotel de Ville, the seat of Paris’ local administration.

However, for many French football fans, the memory of the 1982 World Cup semi-final against Germany at the Ramon Sanchez Pizjuan stadium in Seville, Spain, inflicts more pain than the horrors of Nazi occupation.

The two sides had first met in 1931 in Paris. France won the game 1-0 as 15,000 Germans had crossed the border to witness a historic tie.

France had beaten Germany 6-3 in the third place match in the 1958 World Cup in Sweden.

By 1982, Germany had won two World Cups and two European championships while France were still chasing their first trophy on the international stage.

The 1982 World Cup in Spain provided an enticing prospect to remedy France’s pursuit of a crown.

Led by the best player on the planet Michel Platini with the likes of Jean Tigana, Alain Giresse and Bernard Lacomb among others gracing the team, France were one of the favourites for the tournament.

With the scores level at 1-1, Platini and Pierre Littbarski on the scoresheet, French defender Patrick Battiston made a run towards the German goal, tapping the ball past a charging Harald Schumacher.

While the ball beat Schumacher, it narrowly missed the goal. But in the run-up, Schumacher clattered with Battiston leaving the latter unconscious on the pitch.

Players rushed to the collapsed Battiston, frantically calling for doctors to come on to the pitch.

The referee did not even bother to give a free-kick for the challenge, let alone a penalty to France.

French players were even more angered by Schumacher’s apparent nonchalance and obliviousness to Battiston’s misery.

The Saint-Etienne defender was missing two teeth, had three cracked ribs, damaged his vertebra and had to be stretched off the pitch.

France took a 3-1 lead in extra-time only to see Germany equalise and win the game on penalties.

“That was my most beautiful game,” Platini said. “What happened in those two hours encapsulated all the sentiments of life itself.

“No film or play could ever recapture so many contradictions and emotions. It was complete. So strong. It was fabulous.”

Schumacher meanwhile became public enemy number one in France. In a post-World Cup poll in a newspaper, he pipped Adolf Hitler to top spot.

An opportunity for revenge presented itself four years later in the 1986 World Cup when the two sides met again in the semi-finals. The Germans however wiped the floor with a comfortable 2-0 win in Guadalajara.

Hosting the 2016 Euros, France booked their place in the final by registering their first win over Germany in an international tournament since 1958.

Played at the Stade Velodrome in Marseille, the tournament’s top scorer Antoine Griezmann produced a Man of the Match performance to set up a final against Portugal at the Stade de France.

The opening goal came from the penalty spot just seconds before half-time. German veteran Bastian Schweinsteiger handled the ball in an aerial challenge with France defender Patrice Evra resulting in the penalty.

With 18 minutes left on the clock, Griezmann grabbed his second with a close range finish.

France of course went on to lose the final against Portugal but made up for it by winning the World Cup in Russia two years later.

Fast forward to the 2020 European Championships, France and Germany are set to square off in the group stage of a major tournament for the very first time.

With Portugal also in the ‘Group of Death’, the match is expected to feature the same intensity and on-field rivalry that every France vs Germany tie has featured over the years.

For France, it is an opportunity to open their account on a positive note and making a statement as the reigning world champions.

By contrast, Germany have the chance to make amends for their poor showings in major tournaments in recent years.

Euros ’84: Michel Platini – a lead violin in a sophisticated string quartet
Tactical Analysis: Why Italy seem to be the most well-rounded side in the Euros