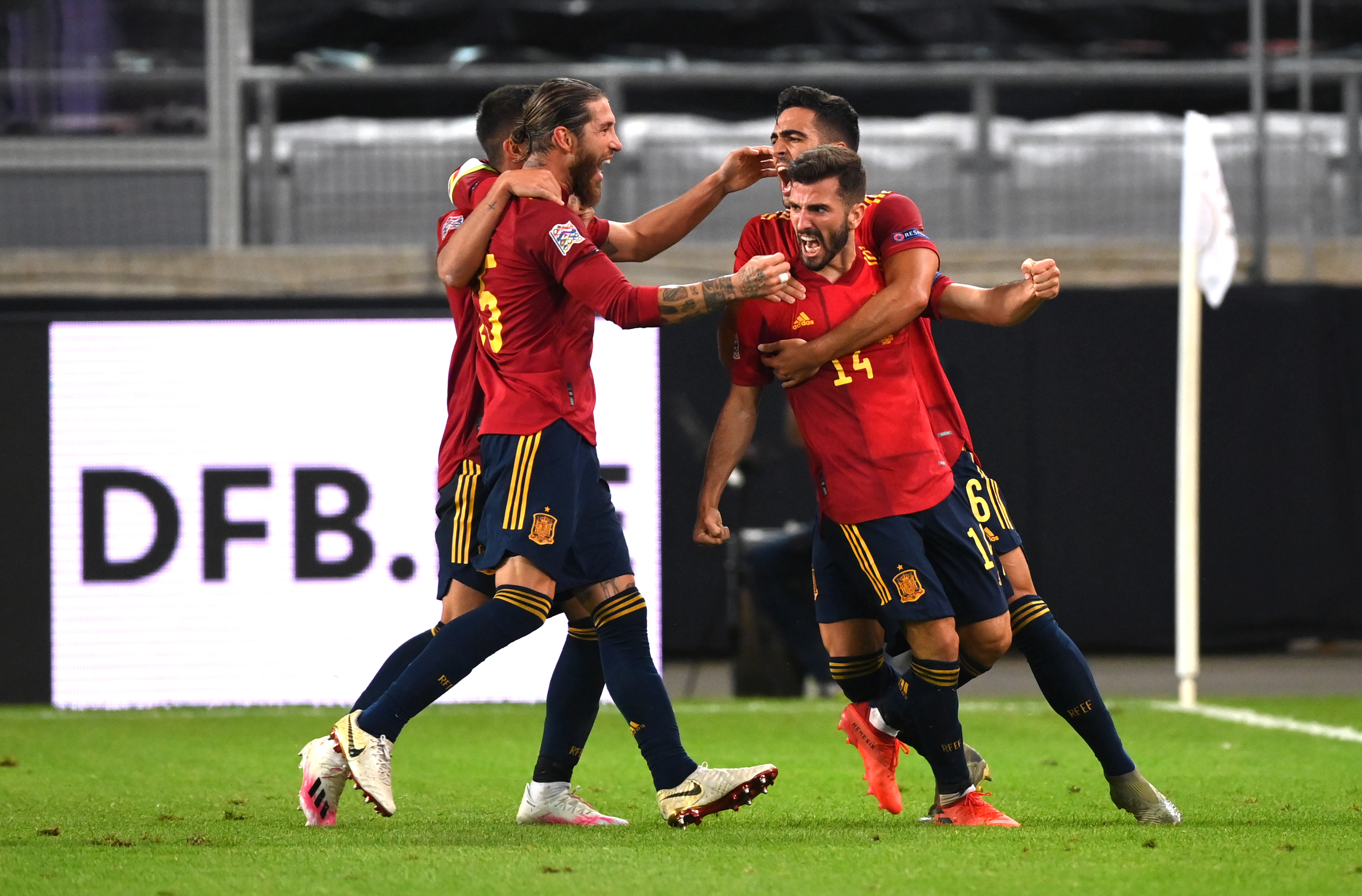 Germany failed to register their first ever win in the Nations League as they conceded a late stoppage time goal against Spain at the Mercedes-Benz Arena in Stuttgart on Thursday.

Timo Werner opened the scoring for the hosts shortly after the interval, but they were pegged back with virtually the last kick of the encounter. Jose Gaya grabbed a dramatic equaliser from close range in the fifth minute of injury time.

A mixed day for Rodrigo: Leeds United’s record signing had a clear-cut chance to find the net in the 14th minute when he rounded goalkeeper Kevin Trapp, but his slow decision-making cost him the opportunity. Rodrigo had only Sule to beat to put the ball into the open net, but he took too much time to ponder over the shot which saw Trapp come up with a terrific sliding tackle to redeem himself. Rodrigo, however, made up for the missed chance with a late header into the path of Gaya, who denied Germany their first competitive win over Spain since 1988.

David de Gea fantastic in goal: The 29-year-old had been guilty of making some high-profile errors over the past few years and there have been doubts raised over his goalkeeping spot for club and country. Against Germany, he was in fine form as he made seven saves and a couple of those were at full stretch to deny Werner and Leroy Sane from extending Germany’s lead. It was therefore unsurprising that manager Luis Enrique singled out him for praise and De Gea appears determined to prove himself particularly with the fresh competition at Manchester United from academy graduate Dean Henderson.

Germany made to rue for missed chances: Germany will be bitterly disappointed with the outcome. Werner scored the opening goal in the 51st minute, but besides this, he could not make the most of the other scoring opportunities. Meanwhile, a number of his teammates were able to test De Gea, but their shots were directly aimed at the Spaniard. Following the hour mark, Joachim Loew made the strange decision to replace the tired Sane with a fourth centre-back in Matthias Ginter. That gave the visitors the ascendancy and they eventually picked up a hard-fought point for their efforts.