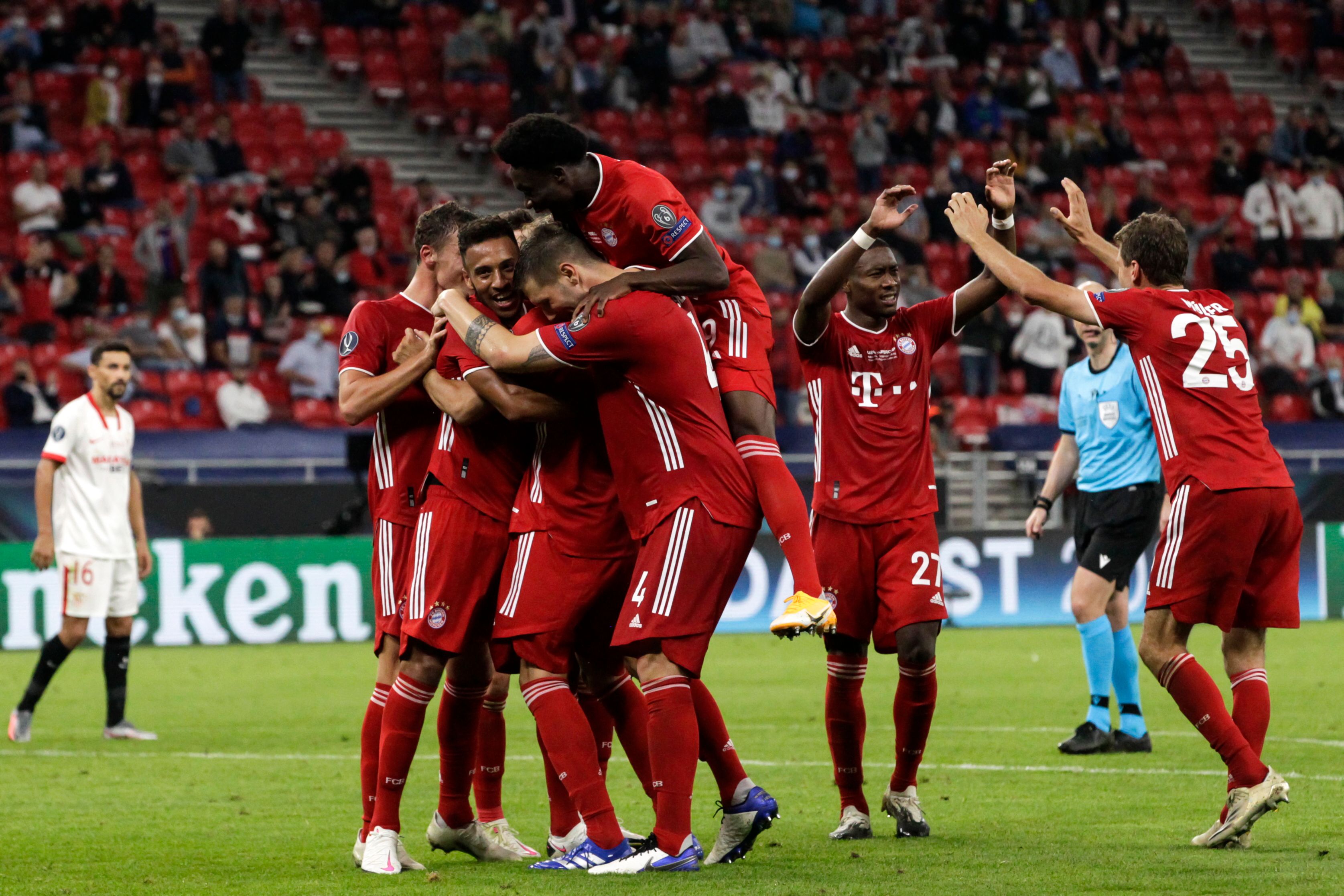 Bayern Munich won their second UEFA Super Cup title on Thursday night as they registered a 2-1 comeback win over Sevilla at the Puskas Stadium in Hungary.

The Champions League holders fell behind after just 13 minutes on the watch following a needless penalty conceded by David Alaba which was converted by Lucas Ocampos.

However, they managed to level the proceedings after the 30th-minute mark with midfielder Leon Goretzka beating goalkeeper Bono with a calm and collective finish in the box.

Bayern eventually went on to take the lead in the 104th minute of the encounter after a close range header from Javi Martinez, who came off the bench just few moments prior to that.

Here are three things we learned:

Sevilla produce top-class display: Sevilla into the game as the underdogs, but they were not overawed by the occasion. The Spanish outfit had seen Bayern put eight goals past Schalke 04 last weekend, but that did not deter their ambition as they managed five shots on target, the majority of those coming on the counter-attack. They could have quite easily been on the opposite end of the result with some better finishing.

Manuel Neuer stars in another final: The Germany international produced a superb display as the sweeper-keeper and kept Bayern moving forward in the game like an outfield player. He also made key saves including a couple of standout ones to deny Youssef En-Nesyri. One of those came in extra-time in normal time as he forced the Moroccan’s shot onto the post with his right foot.

Javier Martinez excels in Super Cup again: Back in 2013, Martinez came with a heroic extra-time equaliser against Chelsea before Bayern won the game on penalties. The Spaniard replicated the feat in 2020, but this time around, he bagged the winning goal with a cleverly-guided header from close range. Martinez will be delighted to have made a mark in what could be his farewell game for the side.