Part of the victorious Under-21 side at the 2009 Euros. Has been with his hometown club since childhood. Excellent reflexes and distribution. Prone to lapses in concentation. In the squad to replace Rene Adler, who is missing through injury. Was third choice keeper at Euro 2000 and 2002 World Cup. Known as a regular penalty taker. Tall left-back known for accurate passing, crossing and pace. Will be understudy to Philip Lahm. Can also play left-midfield or as an auxiliary striker.

Versatile central defender or right-back who has struggled to win popularity amongst German fans. Has been round the national set-up for eight years now.

Regular in the Hamburg team since signing from Freiburg. Holds Nigerian descent but turned down calls to switch allegiance. Unlikely to feature often in South Africa.

Just signed with Man City for £10 million. Likely to start at right-back. Can also switch to centre-half. Sent off in debut against Russia last Autumn.

Centre-back or left-back and one for the future. A successful product of the Bayern Munich academy. Just completed first full season as professional.

Captain and talismanic full-back. Dangerous going forward and happy on either flank. Defensive capabilities are gradually improving. Will cut across defenders and offers goal threat.

Huge centre-half who is excellent in the air and calm under pressure. Lacks pace, but is a good foil for Tasci with plenty of experience.

Considerable technical ability, great vision and trickery. Polish born, but ignored by the Polish FA after making his allegiances clear. May start in absence of Michael Ballack. Has enjoyed an incredible season after being loaned from Bayern Munich. Can play left or central. Free-kick expert, powerful shot and precise passer. 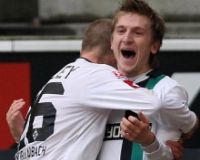 Excellent winger who has the potential to become Germany’s impact sub in South Africa. Bosnian born, before settling in Germany at a young age. 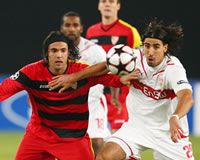 Pivotal to German hopes of glory. Effective as central or right-sided midfielder. Certain starter and indispensable to the team. Goal threat. Playmaker that will start in front of Schweinsteiger. His left foot helps provide guile and elegance in a workmanlike unit. Lacks consistency.

Polish born and has just endured a horrendous season. Likely to play as a left-sided forward. Enjoys a healthy partnership with Miroslav Klose.

In the squad on the back of a wonderful season for Leverkusen. Workhorse who covers every blade of grass and knows where the goal is.

Wonderful breakthrough season for Munich. May not start but will definitely feature. Incisive, calm and good crosser. Needs to prove he has big game composure. Lacks physicality.

Also Polish born. Out of the first team with Bayern, but will lead the German line. Incredible in the air and loves tournament football. Must rediscover best form. 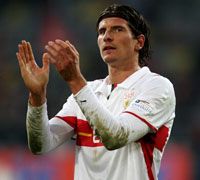 Most expensive ever Bundesliga player. Prolific at club level, but yet to excel at international level. Can be both brilliant and frustrating.