How Paris Saint-Germain could line up next season 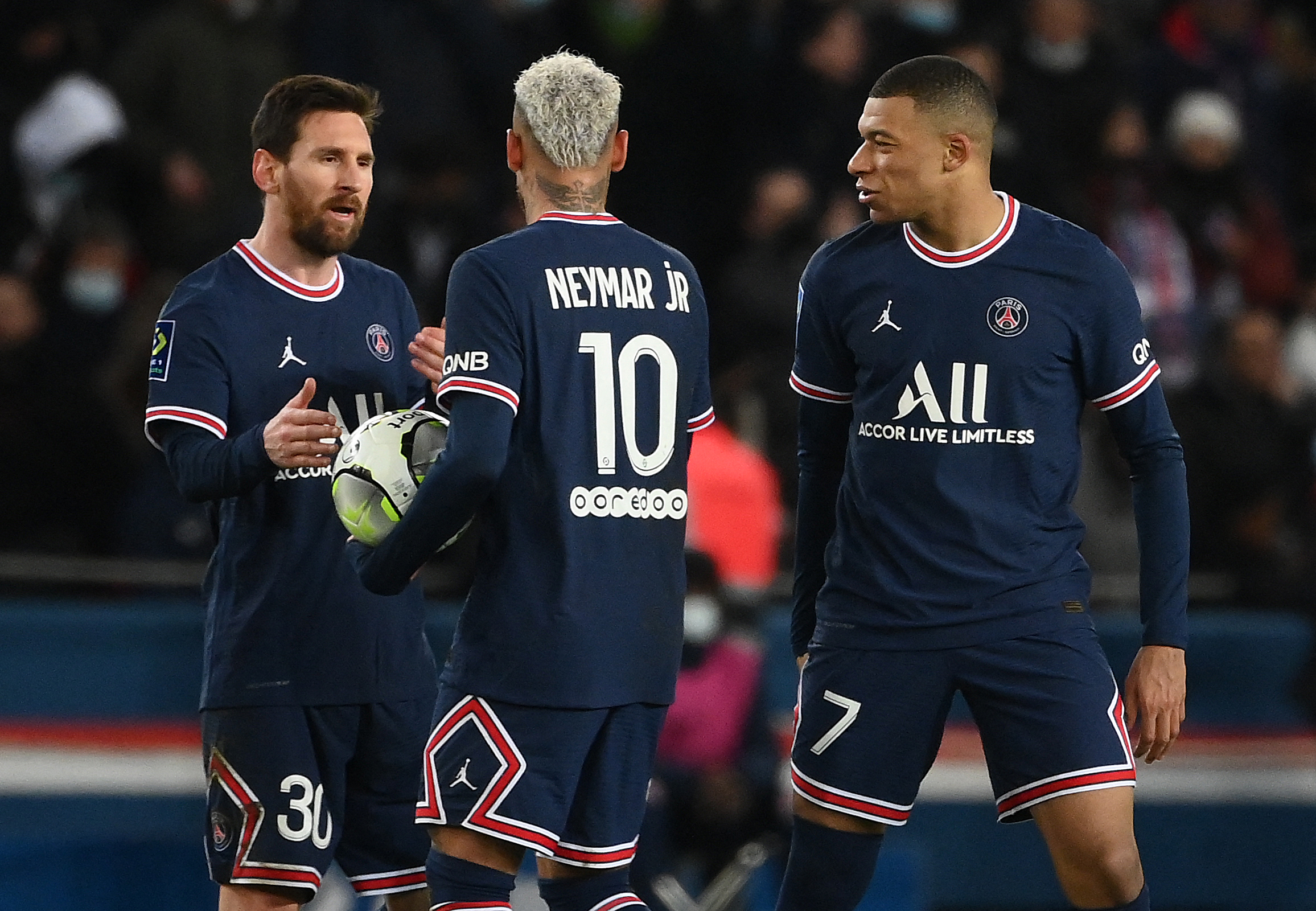 Paris Saint-Germain will undergo a massive squad overhaul in the summer following another failed attempt to secure Champions League glory.

PSG’s road to the Stade de France was hindered in the round of 16 at the hands of Real Madrid as Los Blancos came from a 2-0 deficit to secure a 3-2 aggregate triumph and move into the quarter-finals.

In addition to Mauricio Pochettino’s coaching staff, many first-team players could pay the price for another underwhelming European season.

Paris bigwig Nasser Al-Khelaifi is said to be looking to get rid of several underperforming stars and add new ones to PSG’s star-studded squad in the upcoming transfer window.

Sergio Ramos left Madrid after a trophy-laden 16-year spell to join PSG in one of the most shocking transfers last summer.

However, his time in Paris has not gone according to plan as he has spent most of his career in Ligue 1 nursing injuries on the sidelines.

Per multiple reports, the 35-year-old will wave goodbye to PSG when the transfer window reopens for business.

Angel Di Maria committed himself to a contract extension only last summer, but the Argentine winger could find himself on the way out of Paris at the end of the season.

After falling down the pecking order, the veteran forward is keen to quit PSG and secure an unexpected return to his old club Benfica, as Spanish outlet AS.

The same goes for fringe striker Mauro Icardi, who seems fed up with being overlooked by under-fire manager Pochettino.

The ex-Inter Milan target man has a host of admirers in Serie A, with AC Milan, Napoli and Roma all credited with an interest in his services.

Ander Herrera had long been a first-team stalwart at the Parc des Princes before Pochettino decided to nail him to the bench in favour of Danilo and Idrissa Gueye this season.

With the former Manchester United ace running out of patience with Poch, the Spaniard’s summer departure looks to be on the cards.

Georginio Wijnaldum, who has turned from a Liverpool hero into a PSG bench-warmer, is another star likely to exit the French capital in the upcoming transfer window.

After admitting his regret about cutting ties with the Reds in his latest interview (via the Daily Mirror), the Dutch midfielder has opened the door to a potential return to Anfield.

And finally, Kylian Mbappe could complete his long-awaited switch to the Santiago Bernabeu after Madrid’s relentless efforts to lure him to Spain came a cropper last summer.

If Los Merengues chief Florentino Perez had any doubts about breaking the bank to land the 22-year-old dynamo, Mbappe’s two-legged performance against Carlo Ancelotti’s side played them down.

Last but not least, PSG’s heartbreaking Champions League elimination could have spelt the end for Pochettino’s uninspiring managerial reign at the Parc des Princes.

It is now a near-certainty that Pochettino will not be at the helm next season, with the legendary Madrid midfielder and coach in the driving seat to take over.

Paris are also looking to sign Sporting CP loanee Nuno Mendes on a permanent deal after the left-back impressed during his season-long loan at the club.

In terms of new signings, the runaway Ligue 1 leaders have been linked with several top-class players, including Manchester United ace Paul Pogba, who is on the verge of severing ties with the Red Devils.

The World Cup winner has only a few months left to run on his current contract at Old Trafford, and after refusing to commit to a new deal, his departure looks inevitable.

Juventus and Madrid are also in the race to sign Pogba on a free transfer next summer, but there is a feeling that PSG seat at the head of the queue.

Another player closely followed by Paris is wantaway Barcelona winger Ousmane Dembele, who has enjoyed a renaissance under new boss Xavi following a few tumultuous years.

Although the Camp Nou hierarchy are desperate to tie the Frenchman down to fresh terms, he looks keen to secure a new challenge when his contract runs out in the summer.

Borussia Dortmund talismanic striker Erling Haaland has emerged as another potential target for PSG, but half of Europe is currently trying to take the Norwegian away from the Bundesliga.

There is no doubt the French heavyweights have the economic capacity to get the deal over the line, but it will be up to the youngster’s decision whether or not he would want to move to Ligue 1.

How Could PSG Line Up Next Season?