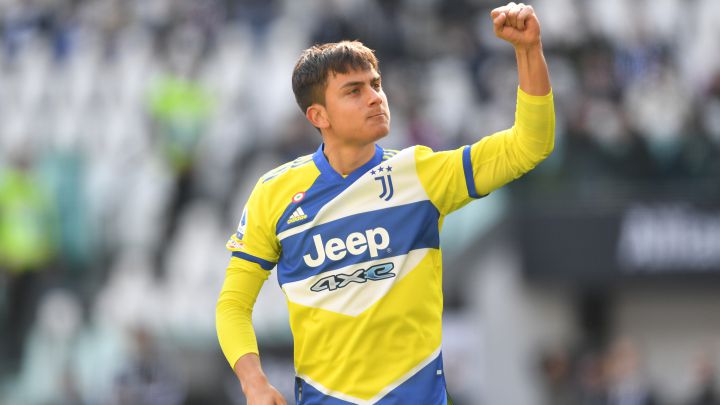 It seems like the Argentine’s transfer saga is finally reaching a conclusion as according to the latest transfer news coming in from Italy, Inter are closing on the Juventus marksman Paulo Dybala.

Ever since the 28-year old’s contract negotiations with the Bianconeri have collapsed throughout the month of March, many European giants such as Tottenham, Atletico Madrid, and Barcelona have expressed an immense amount of interest in luring La Joya on a pre-contract negotiation away from the Allianz Stadium ahead of next season.

However, it appears that the Argentinian talisman is keen on staying within the Serie A despite expressing his desire to end his seven-year stay in Turin.

According to La Gazzetta dello Sport, Inter are in pole position to sign Dybala as the prolific goal-scorer is inches away from signing a four-year deal worth €6M per season net plus add ons that would lure him to the San Siro on a free transfer ahead of next year’s campaign.

Despite the 28-year-old’s continuous periods of injuries throughout this year’s current season, Dybala has managed to maintain a fine run of consistency as he tallied nine goals and provided five assists in 25 Serie A games played.

As a result, Beppe Marotta, Inter’s CEO, is willing to gamble on the injury-prone Argentine as he strongly believes that the world-class marksman has all the tools within his artillery to help the Nerazzurri push for another league title next season.

The two have a long history together as it was Marotta who pushed the Bianconeri to sign Dybala when he was at Juventus back in 2015. Throughout their time in Turin, both individuals have built a profound connection as the Argentine flourished since arriving from Palermo, helping the Old Lady clinch five Serie A titles and reach a Champions League final.

As a result, Marotta is set to go all-in on Dybala as he believes he can play a fundamental role within Inzaghi’s squad and help bolster the club ahead of next season as they prepare to offload the likes of Alexis Sanchez, Arturo Vidal, and Matias Vecino at the end of this year’s current campaign.