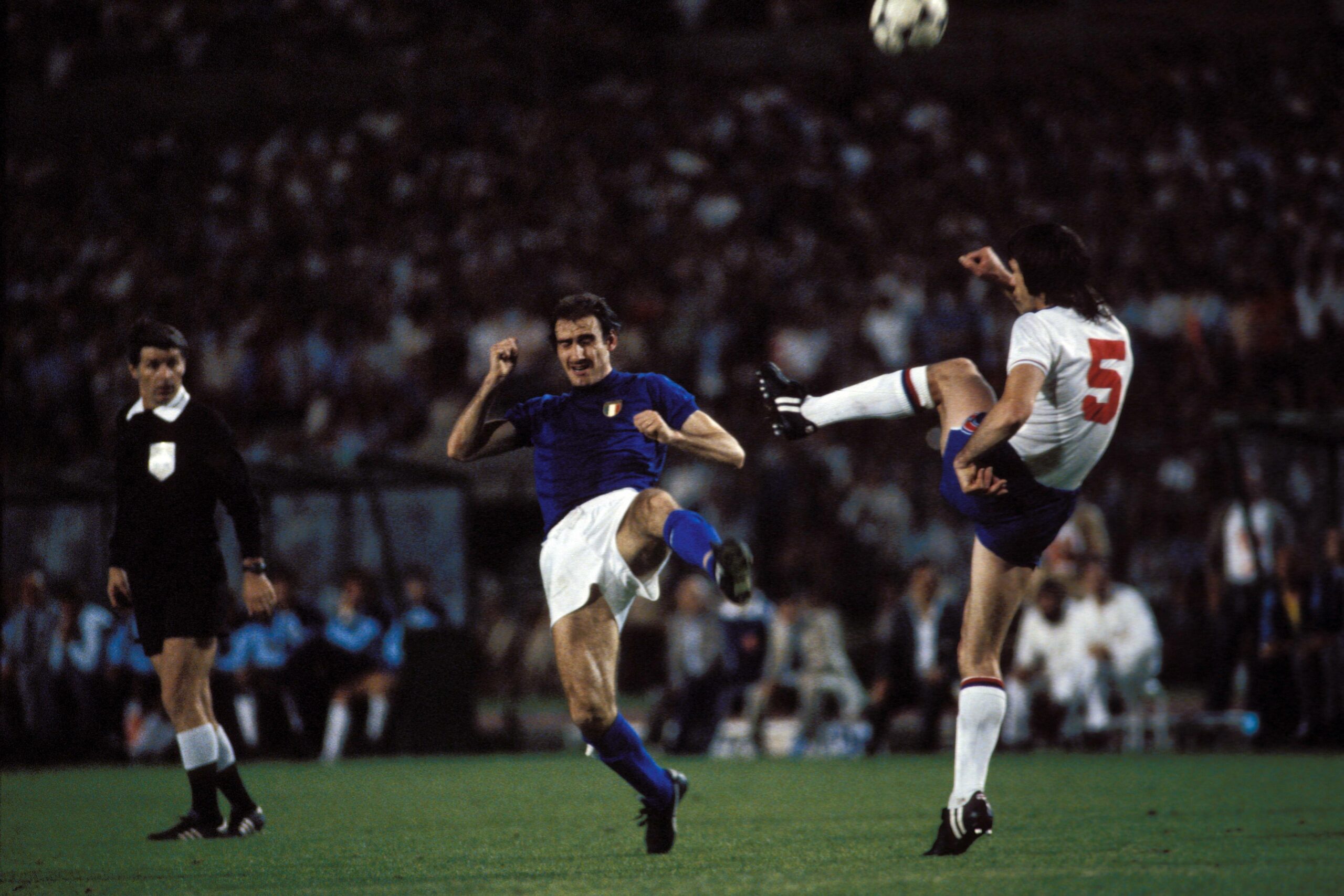 England are hoping to win their first major international trophy in 55 years when they face Italy in the Euro 2020 final at Wembley Stadium on Sunday.

The Italians will be confident that they can extend their staggering 33-match unbeaten run and take the trophy Rome.

The two European titans do not share a traditional rivalry in continental football.

In the 27 times they have faced each other, including friendlies, the Italians have won 11 matches while the Three Lions registered victory on eight occasions.

Ahead of their final showdown on Sunday, here’s a look back at some of the iconic clashes between the two nations.

The first time England and Italy played each other was in 1933 in a friendly at the Stadio Nazionale del PNF (National Fascist Party Stadium) in Rome.

All the major tournament meetings between Italy and England have gone in the favour of the Italians.

In four clashes either at a World Cup or a European Championship, the Azzurri have won three and advanced to the next round via a penalty shootout in the other.

The 1980 edition of the European Championship saw eight teams instead of four competing for the trophy. England were drawn with hosts Italy, Belgium and Spain in Group 2.

After opening the campaign with a disappointing 1-1 draw against Belgium, England had the herculean task of beating Italy in Turin to progress to the next round.

The Italians had also drawn their opening fixture, a dull 0-0 affair with Spain.

With Trevor Francis unavailable, the task of scoring goals fell on the shoulders of Gary Birtles and Kevin Keegan. However, the dup struggled to break through a rock-solid Italian defence.

Marco Tardelli, who would go on to score in the 1982 World Cup final against West Germany two years later, scored late in the 79th minute to edge it 1-0 in favour of Italy.

Overwhelmed by the goal, Tardelli ran around the perimeter of the pitch before falling down on to the ground holding his head.

England exited the competition after finishing third on the table behind Belgium and Italy.

Italia 90 was the closest England had come to winning the World Cup since 1966.

The Bobby Robson-led side reached the semifinals only to lose on penalties to traditional rivals West Germany.

Italy on the other hand had to endure similar misery after losing their semifinal against Argentina on penalties as well.

Clashing in a third-place play-off, the England vs Italy game saw three goals in a 15-minute spell.

Roberto Baggio opened the scoring for the hosts, capitalising on an error by Peter Shilton, who was coincidentally playing his last game before international retirement.

David Platt leveled the scores ten minutes later but Salvatore Schillaci won and converted a penalty to put the Italians ahead again.

The hosts won the game 2-1 and England had to make do with a fourth-place finish at the World cup.

England had to suffer the agony of losing out on penalties yet again as Italy progressed to the semi-finals after a goalless draw in Kiev.

Italy were superior to England over the course of 90 minutes plus the additional half an hour of extra time but a strong English defence could not be deterred.

England captain Steven Gerrard and striker Wayne Rooney were successful in converting their spot-kicks but the two Ashleys were not.

Then up stepped Andrea Pirlo who audaciously pulled off a ‘Panenka’ against Joe Hart. Antonio Nocerino and Alessandro Diamanti scored their spot-kicks to inflict yet another defeat through penalties on England.

The World Cup in Brazil saw England and Italy paired together in Group D.

The Three Lions’ campaign opened with a defeat against the Italians in the sultry heat of the Arena Amazonia in Manaus.

Balotelli’s header only five minutes after the restart was the deciding factor as England lost 2-1.

Both Italy and England crashed out of the tournament in the group stage after finishing third and fourth respectively behind Costa Rica and Uruguay.