Brazil vs Argentina in Copa America 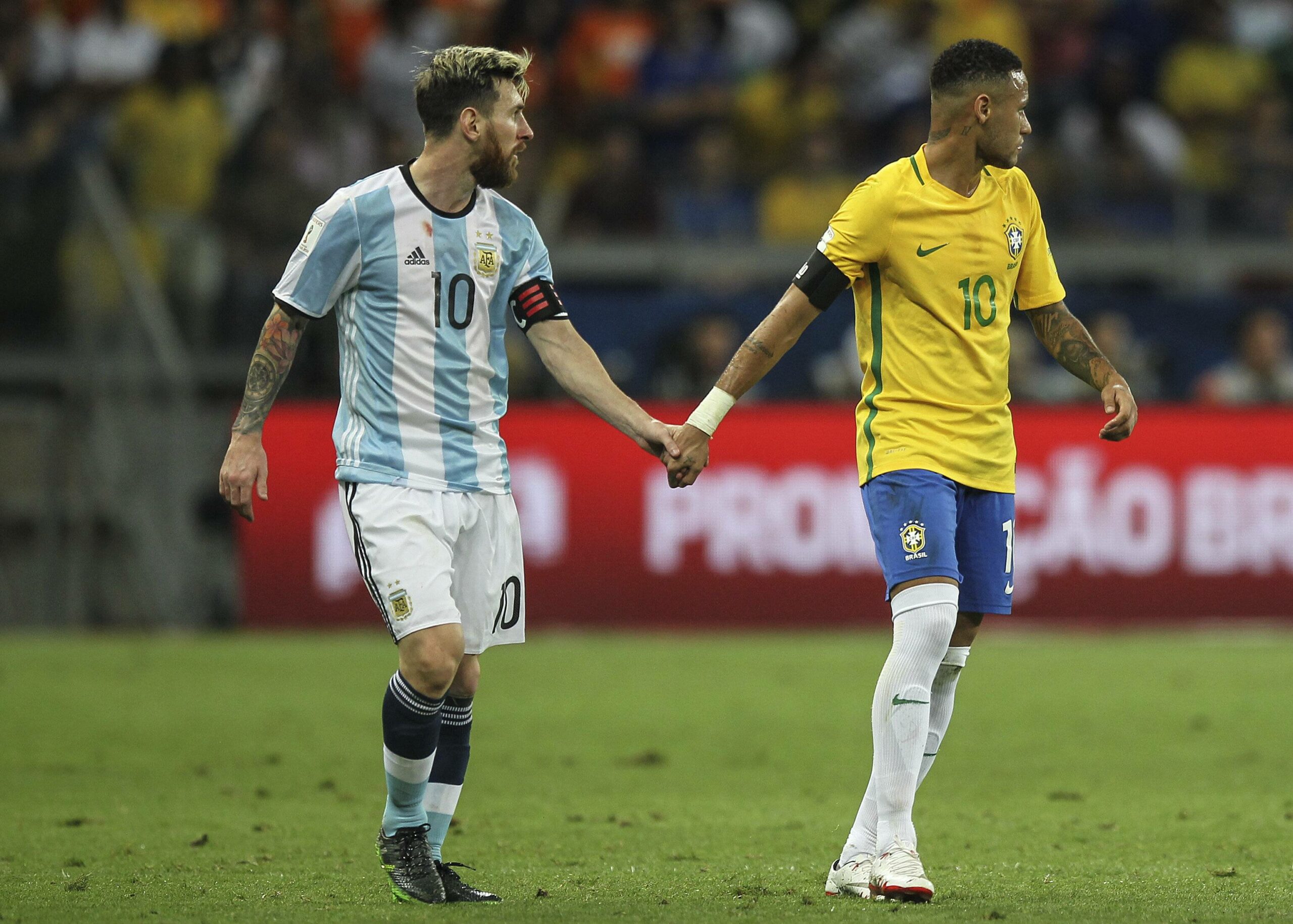 The last time the two nations faced each other in a Copa America final was 14 years ago in 2007 when Brazil won 3-0 at the Estadio José Pachencho Romero in Maracaibo, Venezuela.

Ahead of the epic showdown, let’s take a look back at some of the historic encounters between the two sides in South America’s biggest international competition.

Beginning of the rivalry

The history of the rivalry between Argentina and Brazil can be traced back to a time when football did not exist in the continent.

The two South American giants have shared a political antagonism ever since both nations became independent sovereign states – Argentina in 1816 and Brazil in 1822.

The first time the two countries met on a football pitch was nearly a century later in 1914.

Both teams were scheduled to clash in the now defunct Roca Cup, a competition founded by then Argentina President Julio Argentino Roca.

Several delays to the ship that was supposed to take the Brazil national team to Buenos Aires meant that the two teams played out a friendly on September 20, 1914.

Brazil, an infant footballing nation then, had played just one game prior to the clash – a 2-0 victory over English side Exeter City in Rio de Janeiro.

Argentina on the other hand had some years of experience having contested the Lipton Cup – a friendly competition against Uruguay with the trophy donated by Scottish tea magnate Thomas Lipton.

There was also another friendly competition between the two countries called the Newton Cup.

Fast forward to 1914, Argentina stamped their authority against Brazil, winning the game 3-0 and thus kickstarting one of the fiercest international football rivalries.

The first edition of the Copa America or the Campeonato Sudamericano de Football as it was known then was held in 1916 with Argentina hosting the tournament.

Played in a round robin format, Uruguay emerged victorious after a 0-0 draw with the host nation in the final match.

Brazil and Argentina clashed in the fourth game of the tournament at the Estadio GEBA in Buenos Aires.

Jose Durand Laguna opened the scoring for the hosts in the 10th minute before Brazil’s Manoel Alencar do Monte equalised 13 minutes later. The game ended 1-1.

The first “final” the tournament witnessed was in the 1919 edition when Brazil and Uruguay clashed at the Estádio das Laranjeiras in Rio de Janeiro.

Brazil won the match 1-0 courtesy of a goal from the original Black Pearl Arthur Friedenreich.

Although Brazil and Argentina have met each other on numerous occasions in the Copa America, it is unbelievable that they have clashed in the final only three times.

Both Argentina and Brazil finished tied on points at the end of the round robin tournament which prompted a playoff to crown a champion.

Held at the San Lorenzo stadium, the match was a heated affair with a riot ensuing on the pitch involving players in the 36th minute after Brazil’s Domingos Spitalletti violently kicked Francisco Varallo.

The match was abandoned for a while before restarting. Two minutes into the restart, a second riot erupted after Brazil’s Roberto da Cunha hit Roberto Cerro in the face.

With the game dragging on without a goal from either side, Argentina manager brought on a young but talented forward called Vicente de la Mata in place of Francisco Varallo in the 84th minute.

The game finished at 0-0 at the end of 90 minutes. De la Mata scored on either side of the the two additional halves to hand Argentina their fifth Copa America title.

Held at the Estadio Nacional in Lima, Brazil entered the competition as world champions having won the 2002 FIFA World Cup.

But the world champions were on the verge of defeat when Cesar Delgado put Argentina ahead in the 87th minute.

The Argentines had opened the scoring in the 20th minute through a Kily Gonzalez penalty.

Brazil equalised right at the stroke of half time after defender Luisao glanced home a header from an Alex free-kick.

After Delgado put his side ahead late in the game, Adriano levelled for Brazil in the 93rd minute sending the Brazil contingent in the stadium into a frenzy.

The game went into penalties which Brazil won 4-2.

This was the second consecutive Copa America final that saw Brazil and Argentina square off against each other.

The team in yellow took an early lead through Julio Baptista who was set up nicely for the goal by Elano. The latter was replaced by Dani Alves half an hour later after picking up an injury.

The then Sevilla man sent in a cross in the 40th minute which was deflected in by centre back and Argentina captain Roberto Ayala for an own goal.

Alves was once again in the thick of things in the second half, scoring Brazil’s third and final goal after Vagner Love began a scintillating counterattack and set him up.

A 3-0 demolition in a cup final against their biggest rival prompted Argentina midfielder Esteban Cambiasso to muse: “We’re totally ruined. A loss like this you feel deep in your soul.”

The two neighbouring nations will once again meet in the final at the Maracana Stadium in Rio de Janeiro on Saturday and the host nation will be looking to win their 10th title.

Meanwhile Argentina are still hoping for their 15th Copa America title and first since 1993.