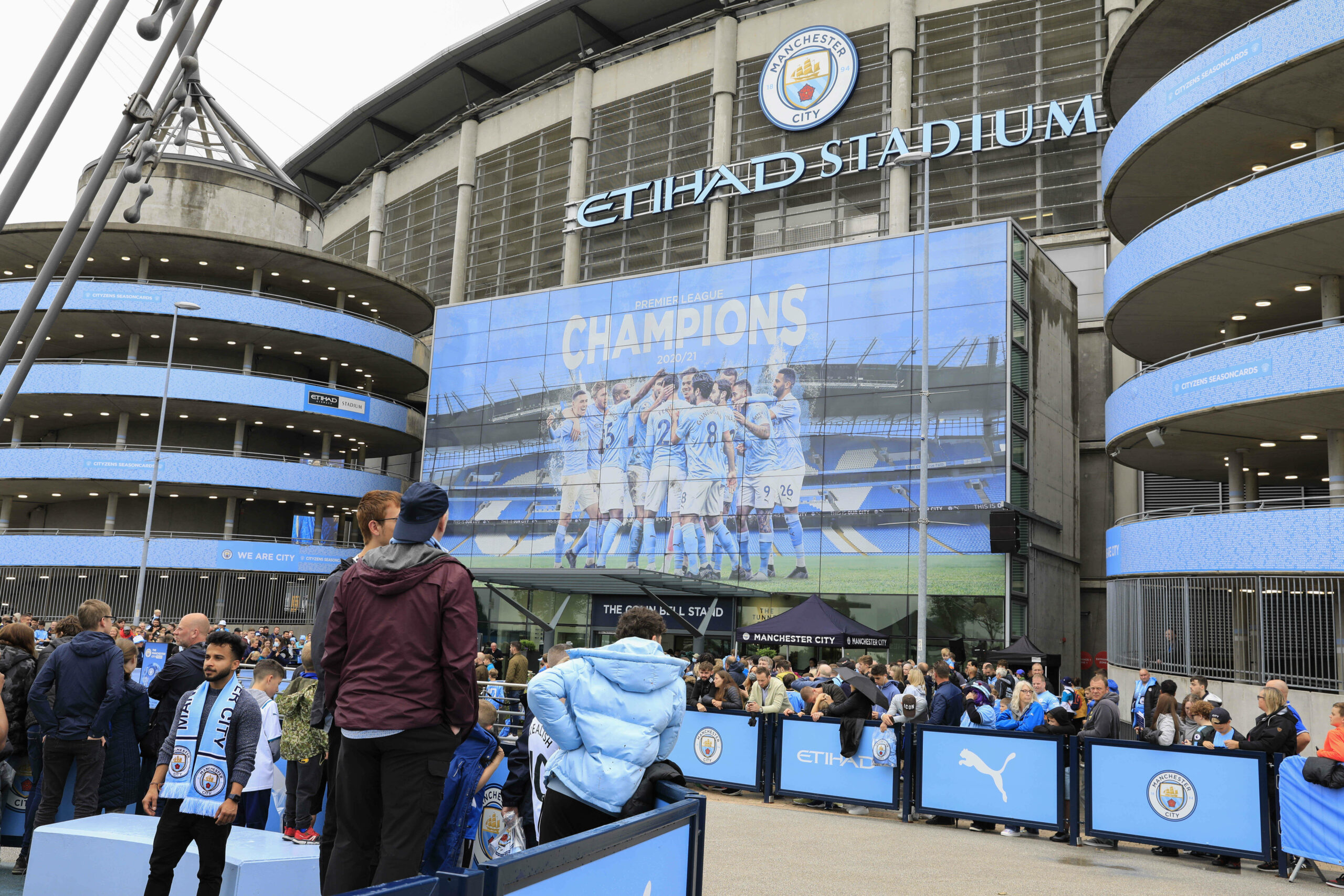 Jack Grealish notched his first goal for Manchester City as the Citizens claimed an emphatic victory over Norwich City on Saturday.

Pep Guardiola’s side entered this contest on the back of defeats against Leicester City in the Community Shield and Tottenham Hotspur in the Premier League.

However, they returned to winning ways by thrashing the newly-promoted team 5-0 at the Etihad Stadium.

The home side took the lead after an own-goal from Tim Krul.

Grealish extended their advantage by smashing a goal from close range.

Aymeric Laporte, Raheem Sterling and Riyad Mahrez also got on the scoresheet in the second half to complete an emphatic victory.

Gabriel Jesus’s performance against the Canaries was especially praiseworthy, with the Brazilian contributing two assists.

Norwich have made a disappointing start to the new campaign in the top-flight.

Liverpool humiliated Daniel Farke’s side by 3-0 at Carrow Road last weekend, and they were completely outclassed by City.

The Canaries will host Bournemouth in the Carabao Cup in midweek before locking horns with Leicester City in the Premier League.

Meanwhile, City will face Arsenal next week at the Etihad.