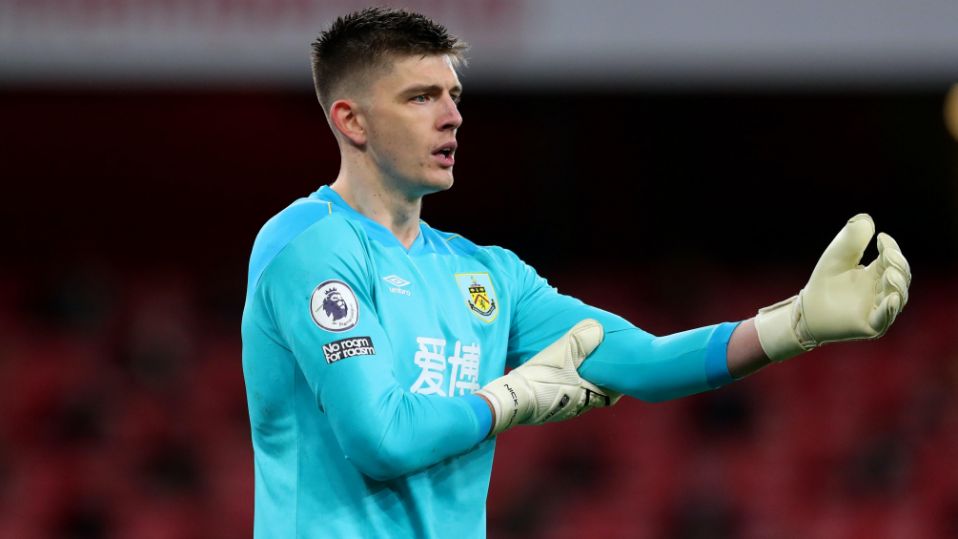 Ole Gunnar Solskjaer intends to ring the changes between the sticks in the summer, with David de Gea’s future at Old Trafford hanging in the air.

The 30-year-old Spaniard could be on the way out of Manchester in the summer after emerging as a transfer target for Paris Saint-Germain.

De Gea is the club’s highest earner on £370,000 per week, which puts a significant burden on United’s wage bill.

If the Red Devils decide to cash in on their star shot-stopper, Dean Henderson will remain the only reliable option in goal.

Although the 24-year-old produced some eye-catching performances while deputising for de Gea, Solskjaer wants to have a proven keeper at his disposal.

After finding Henderson not enough experienced to be a first-choice keeper outright, he could intensify his pursuit of someone to fill the void.

The Norwegian manager identified Pope as the perfect candidate to replace the Spaniard for years to come.

The 28-year-old Englishman has been a rare bright spot in Burnley’s disappointing Premier League campaign, having won six Man of the Match awards this term.

With the Clarets fighting tooth and nail to avoid relegation, Pope has conceded only 37 league goals on an average of 1.27 per match.

Meanwhile, the Red Devils have let in 32 despite sitting second in the standings.

United may want to step up their interest in the ex-Charlton Athletic keeper, who is expected to be Gareth Southgate’s starter in the upcoming Euro.

Pope’s value will go up if he performs well in the tournament, which could price the Old Trafford outfit out of the move.

Atletico’s Jan Oblak is another name on Solskjaer’s shortlist, but his valuation remains too high for United’s budget.