Following their midweek UEFA Cup victory over AaB Aalborg, Man City return to Premier League action, where they will play host to an unpredictable Sunderland side. The Black Cats haven’t won for the past four games, so will be looking to bounce back from their poor run of form against the Blues, who have conversely won their previous five Premier League home games.

Since the departure of former manager Roy ‘Should Have Never Played Football Again After That Alfie Inge-Haaland Challenge’ Keane, vivacious Scotsman Ricky Sbragia has revitalised the club, leading them from the relegation zone into fourteenth place in the table, just three points behind City. The Blues now lie six points off a European position, so it is imperative that they continue their good form against Sunderland, having achieved the remarkable feat of winning the past seven games between the sides.

A sickening image of Roy Keane’s horrific “tackle” on Alf Inge-Haaland, which he later admitted was purposeful

The victory against Aalborg came at a heavy cost for City, with the Citizens picking up a plethora of casualties in that game. Vincent Kompany is doubtful for this match with a recurrence of his toe injury, whilst left-back Wayne Bridge picked up a hamstring injury in midweek and is a major doubt for this encounter, thus handing Javier ‘His Mum Says He’s Handsome’ Garrido a rare opportunity from the start. Player-of-the-season-so-far, Stephen Ireland, left Denmark on crutches after a challenge in the second-half, so is also expected to miss out, meaning a likely recall for penalty expert Elano in an attacking midfield position. On the bright side, Craig Bellamy has recovered following his three-week absence, so he will probably replace Ched Evans in the starting line-up, although Mark Hughes has the option of partnering the two Welshmen up-front. ‘Nifty Nige’ de Jong has also recovered from both the flu and a knee injury, so the Dutch midfielder will be restored to the starting eleven.

The visitors have a number of talented players, and in all probability, should be higher in the table than they are. With forwards such as Kenwyne Jones and Djibril ‘What Colour Should I Make My Hair Today’ Cissé, they are capable of creating chances galore. For this fixture, they are able to recall key defenders Anton ‘Brother of Rio’ Ferdinand and Nyron Nosworthy, although former Manchester United winger Kieron Richardson is suspended. Israeli international Tal Ben-Haim, on loan from City, in ineligible to play due to the terms of his contract, but that is more of a shame for the Blues than for Sunderland!

Tal Ben-Haim is not allowed to play for Sunderland, as he is on loan from Man City

Since being restored to the City starting line-up recently, Onuoha has strung together a series of exemplary performances, epitomising the no-nonsense style exemplified by Richard Dunne. Together, these two form a formidable partnership, but they will need to be on their mettle to restrain the Caribbean attacking instincts of Jones. Tall and powerful, the Trinidadian striker has proved to be a real handful for the Blues in recent games and will hope to add to his burgeoning reputation.

Garrido is expected to start in the absence of Wayne Bridge, and he will be up against a tricky opponent in perennial City problem-causer Malbranque. The Frenchman always seems to perform brilliantly when facing City, so Garrido will have a tough task on his hands. 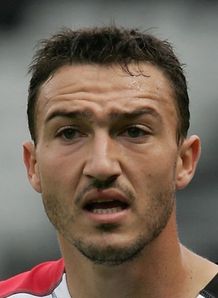 Hopefully, Bellamy will have recovered from his injury in time for this match, and his pace and steely determination has been sorely missed. Ferdinand will return following his hamstring injury and he will need to be at the top of his game to contain the Welshman.

City will surely have too much class and quality for the visitors, with goals to be scored by SWP, Robinho, Bellamy and Kenwyne Jones.