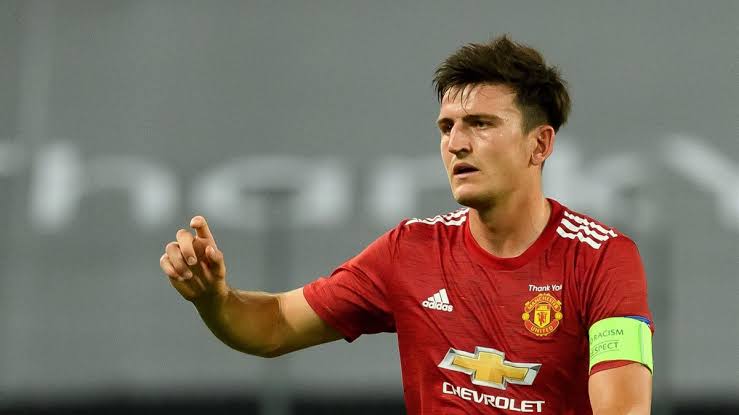 The Red Devils are set to host the North London club on Sunday afternoon in the Premier League, and Ole Gunnar Solskjaer has given an update on the fitness of his captain Harry Maguire.

Both teams meet at Old Trafford on Sunday with the two sides suffering an indifferent start to the 2020/21 Premier League season.

Manchester United have picked up a win and another loss from their opening two league games, while Jose Mourinho’s side have picked up only four points from a possible nine so far.

Both teams have had a busy week, with Spurs triumphing against Chelsea on penalties in the Carabao Cup on Tuesday night, before a 7-2 comfortable win over Maccabi Haifa in the Europa League qualifying on Thursday.

Meanwhile, Manchester United made a second trip to Brighton in five days following their ‘controversial’ Premier League win against the Seagulls.

Solskjaer’s side picked up another victory in the Carabao Cup on Wednesday night, but the Red Devils manager confirmed that Maguire had sustained a small ankle injury during the victory.

However, according to Football London, the England international is expected to be fit for the game at Old Trafford on Sunday afternoon.

“Harry had a knock after the league game, holding his ankle,” Solskjaer told reporters in his pre-match press conference.

“He should be okay, we’re okay no more injuries from the cup game.”

From the report, the United Manager also admitted that his team are still not at the level he wants them to be from a physical point of view after their extended break at the end of last season following their Europa League exploits.

Solskjaer, however, is hopeful for an improvement in the team both in terms of performances and results following a loss against Crystal Palace and a stoppage-time winner against Brighton in the League.

“Well a result will always be a consequence of the performance you put in,” Solskjaer added. “The more we improve our performance the bigger chance to win.

“Players are getting fitter, sharper, stronger, even though we’re a few games behind in that respect we hope to see improvement and need to, especially from the league games.”