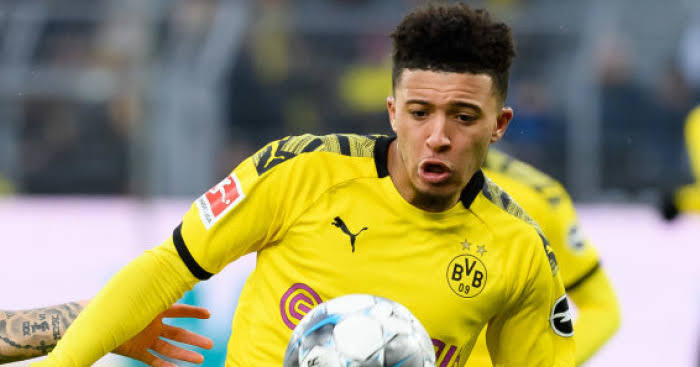 Amid reports that Manchester United are preparing to break the bank in a bid to sign the England forward, it is reported that the German side are convinced Sancho will not be leaving Dortmund anytime soon.

According to Fabrizio Romano, the German giants have again denied any transfer related to the 20-year-old’s absence with the team that travelled to Munich for the German Super Cup. “BVB are still convinced that Jadon is going to stay – they won’t accept any €90 million or €100 million bid from Manchester United Football Club. Price will not change on the final days of the window.”

Sancho has been United’s No. 1 target throughout the summer transfer window but Dortmund captain Marco Reus told Sky Sports on Tuesday that he was staying for one more year.

United are desperate in their search for high-quality reinforcements which has made the English side table a £91.3 million offer for the young forward. However, according to Sky Sports News reporter, Gary Cotterill, Borussia Dortmund have now rejected the offer and are adamant Sancho will not be sold this summer.

Earlier reports from Fabrizio Romano had suggested that United were expected to make a new bid for €90 million but that also would be refused in the most likely situation.

There have been other reports that United have identified other alternatives for Sancho but it doesn’t seem the Red Devils are going to give up on the forward without giving their best shot.

With just four days to the closure of the summer transfer window and Manchester United quite poor in the market, many fans are getting frustrated, but hope to be comforted with the signature of Sancho from Dortmund.

Since the opening of the transfer window, the Red Devils have only announced the signing of Donny Van de Beek while they attend to other pressing issues.