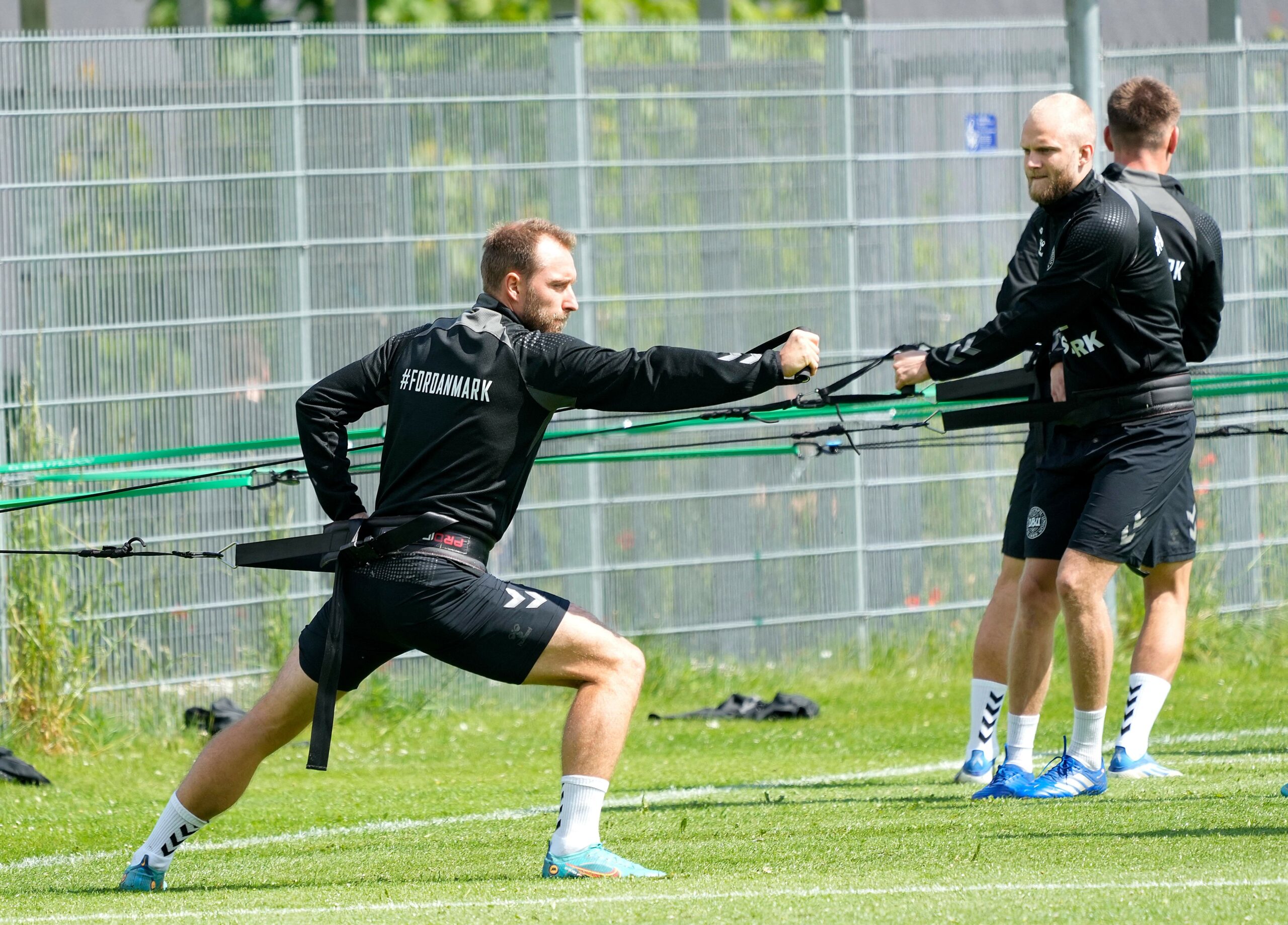 According to the Daily Mail, the ex-Ajax manager sees the Denmark captain as an immediate upgrade on his current midfield options.

Eriksen’s short-term deal at Brentford expires later in June and a potential move to Old Trafford looks to be on the cards.

The 30-year-old has bounced back from cardiac arrest while playing for Denmark at Euro 2020 last summer to become one of the best Premier League players in 2021/22.

Eriksen has gone from strength to strength since penning a six-month contract at the Brentford Community Stadium in January.

In addition to racking up a goal and four assists in 11 Premier League appearances for the Bees, he has recovered his place in Denmark’s national team.

Ten Hag is familiar with Eriksen’s current fitness condition as he allowed him to join Ajax’s training session en route to recovery.

The Dutchman witnessed the midfielder’s brilliance first-hand and is now keen to hand him an opportunity to shine at Man United.

Since the 52-year-old desperately wants to overhaul a squad he inherited from Ralf Rangnick, a few changes will be made in the summer.

Eriksen could be one of ten Hag’s six new signings at the Theatre of Dreams, claims the Daily Mail.

However, the Catalans’ £70million valuation of another former Ajax star could be a roadblock.

Indeed, signing a high-profile replacement for the outgoing Paul Pogba features the new manager’s list of priorities close to the top.

After refusing to pledge his future to the red shirt, the Frenchman will wave goodbye to Manchester after six underwhelming years.

Though Juventus were said to be the front-runners in the race to acquire his signature, Liverpool have recently emerged as a potential landing spot for the World Cup winner.

As per Italian news outlet Calciomercato, the Reds gaffer Jurgen Klopp has made contacts with Pogba to discuss what would be one of the most shocking Premier League transfers.

Back to ten Hag, he has plenty of work to do this summer to help Man United challenge higher up the Premier League table next season.

The Red Devils had to settle for a disheartening sixth-place finish in 2021/22, with the majority of the squad failing to live up to the billing.

Signing Eriksen could be a major cup for Man United, given their massive problems with the creativity last season.

What’s more, it would see the Old Trafford outfit kill two birds with one stone.

Everton and Tottenham Hotspur are also interested in offering the Dane a lifeline in the Premier League.

So not only would United land a top-class playmaker, but they would do it at the expense of fellow domestic rivals.

It is now up to Eriksen, who is currently away on international duty with Denmark, to decide where he wants to go next.

He already helped his team claim a come-from-behind 2-1 win over France in their 2022/23 UEFA Nations League curtain-raiser.