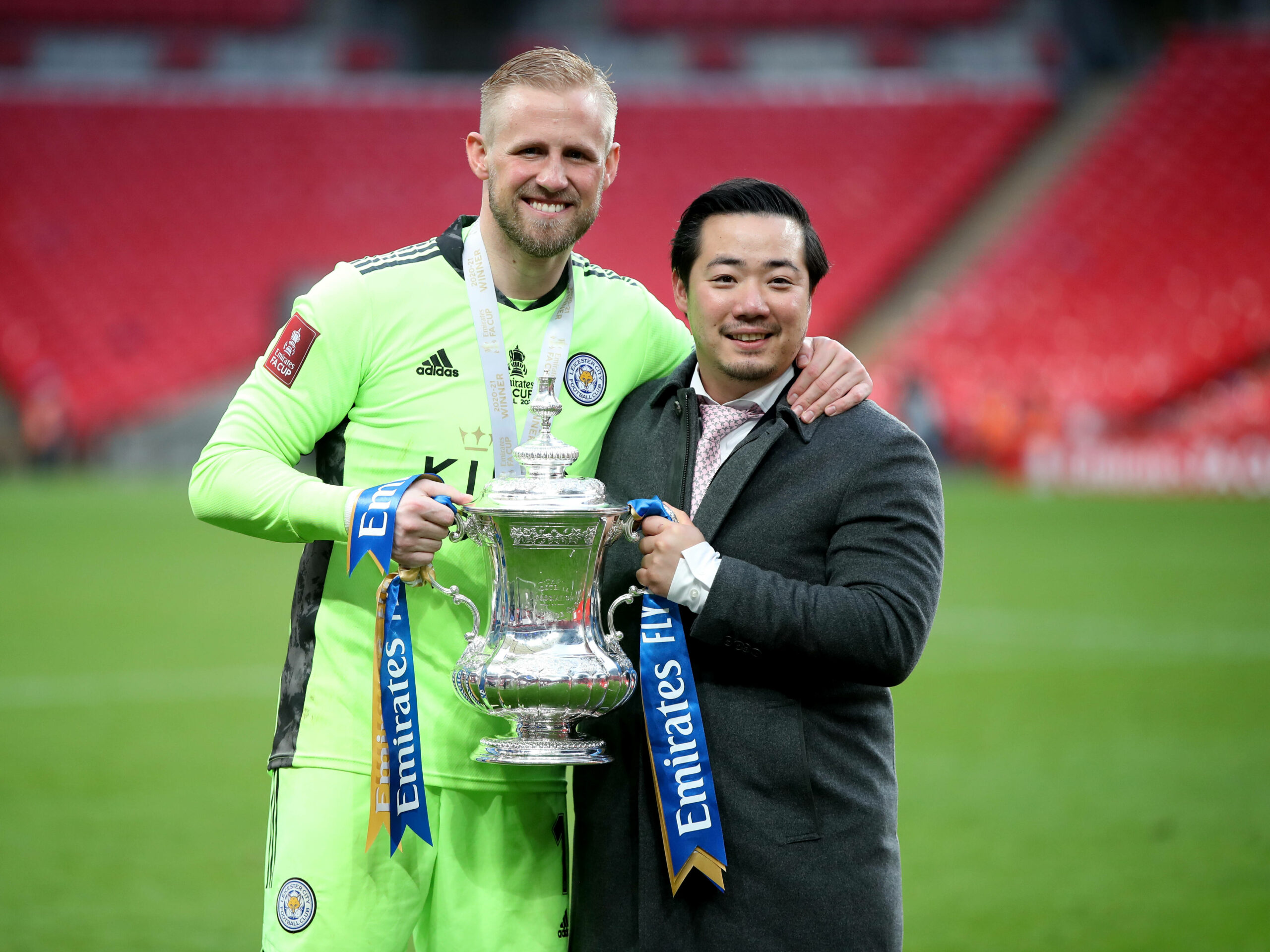 It has been another eventful weekend of football all around Europe, and we go into our final few days of club football with several things still to play for.

League titles, top four spots – and, of course, the Champions League final, are all to come before this summer’s international tournaments.

Here are some of the biggest moments from the last seven days around Europe.

Just over six years ago, Leicester City were looking on course for relegation to the Championship, having just been promoted the season before.

They managed to pull off an incredible escape that year, but the departures of Nigel Pearson and Esteban Cambiasso appeared to put them in danger for the coming season.

But, as we all know, that’s not how things turned out. Jamie Vardy, who had scored just five goals in the previous season, suddenly became one of the deadliest strikers in the division.

Riyad Mahrez won PFA Player of the Year, while the much unknown N’Golo Kante emerged as a world-class central midfielder. Claudio Ranieri’s men won the league in an underdog story that rivals Rocky.

12 months on, Ranieri was gone, Kante was winning the league elsewhere, and Vardy and Mahrez had fallen off. The glory days were over. Expect a return to the second tier soon.

But, of course, this was not the case. Vardy rediscovered his best form and got a Golden Boot under his belt, Mahrez started shining again before transferring to Manchester City for a huge fee, and after a few seasons, Leicester were back among the contenders.

Sure, they don’t look like winning the title again, but they’re in contention for a Champions League place for the second season running.

And, to cap it all off, they got another piece of silverware in the cabinet, defeating Chelsea in the FA Cup final thanks to Youri Tielemans’ wonder strike. The Belgian picked out the top corner from 30 yards, showcasing his undeniable quality.

Leicester are what every club wants to be. They’ve got some top class players, a manager who knows what he’s doing, a recruitment team capable of unearthing gems, and owners who care deeply about the club.

I’m sure we’ve all seen the videos of Kasper Schmeichel bringing owner Aiyawatt ‘Khun Top’ Srivaddhanaprabha onto the pitch after the game to get his hands on the trophy.

As many pointed out on Twitter: how many owners could you imagine being that popular? How many would even be there? The likes of Stan Kroenke and Joel Glazer probably wouldn’t even know there’s a game on.

Fun fact: back in February, I ranked Alisson as the fourth most likely Premier League goalkeeper to score a goal. I think I’ve done alright there.

Minute 95 at the Hawthorns. Liverpool are at risk of dropping two more points against an already relegated West Bromwich Albion. They need a goal, or else their hopes of qualifying for the Champions League are looking bleak. It really is now or never.

Incredibly, the Reds snatched the three points. Even more incredibly, it was their goalkeeper who scored it. Trent Alexander-Arnold’s corner found the head of Alisson, who flicked it into the far corner. It was an effort that we’d expect from the likes of Cristiano Ronaldo.

The visiting players go wild. Jamie Carragher can barely contain himself on the commentary gantry. Jurgen Klopp is in pure disbelief. Twitter goes into a complete meltdown. Sam Allardyce is still fuming over a goal that was controversially ruled out earlier. It’s all gone quite nuts.

The Brazilian became only the sixth goalkeeper to bag in the Premier League and the first to score with his head. He is welcomed into a very exclusive club by Peter Schmeichel, Brad Friedel, Paul Robinson, Tim Howard and Asmir Begovic.

After the game, he dedicated the goal to his late father, who passed away recently. It was all very heartwarming. Alisson, we salute you.

Idiots of the Week – Barcelona

We have no idea if ‘Idiot(s) of the Week’ is going to become a regular section of this piece, but if it does, the first choice is Barcelona. Frankly, they’re in with a shout for idiots of the year with this decision.

Last summer, La Blaugrana let striker Luis Suarez depart, having scored just short of 200 goals for the club in six years. Now, make no mistake about it, the Uruguayan was past his best. He wasn’t as sharp as he used to be, and was often wasteful in front of goal. Letting him go was not necessarily the wrong decision.

But they did a little more than just let him go. They sold him to a direct title rival for about 20% of his market value and didn’t bring in a replacement. This left them with only one out-and-out striker – Martin Braithwaite.

On Sunday, the stupidity of this decision really came to light. Suarez netted a late winner to keep Atletico Madrid at the top of the table.

Meanwhile, Braithwaite missed a tap in during the closing stages of the game against Celta Vigo with the scores level at 1-1. Celta Vigo would later score a winner.

Suarez has scored 20 La Liga goals this season. Only Lionel Messi, Gerard Moreno, and Karim Benzema have more. In short, he’s been one of the main reasons why Diego Simeone’s side are top of the league going into the final season.

Had he stayed at the Camp Nou, maybe the league title would be returning to their camp.

If last week was eventful, this week ought to be absolutely insane.

Tuesday sees the beginning of another round of Premier League fixtures. Chelsea meet Leicester City again, looking to get revenge for their defeat at Wembley.

A loss for either side could see them drop out of the top four, with Liverpool just behind. The Reds travel to Burnley a day later.

But if Premier League football isn’t your thing, there’s still plenty of mid-week action from around Europe. On Wednesday, Atalanta meet Juventus in the final of the Coppa Italia.

Andrea Pirlo will have the chance to end his nightmare debut season with a bit of joy, having performed poorly in the league and Champions League.

Another team looking for a bit of salvation are Paris Saint-Germain, who are on the verge of a trophy-less season. They face Monaco in the final of the Coupe de France.

Fast forward to Saturday, and we’ve got some more play-off action and a Scottish Cup final. We also have the final day of the La Liga and Bundesliga seasons.

All eyes in Germany will be watching Bayern Munich to see if Robert Lewandowski can net his 41st goal of the season to break Gerd Muller’s record.

Meanwhile in Spain, Atletico Madrid know that a win against Real Valladolid will secure their first league title since 2014. If they drop points, however, Real Madrid will have the opportunity to overtake them right at the death with a victory over Villarreal.

Then on Sunday, we’ve got the conclusion of the Premier League season, with the European spots possibly still to play for. Leicester City clash with Tottenham Hotspur in the headline game of the day, while Chelsea travel to Aston Villa and Liverpool face Crystal Palace.

Then back to Italy, where there’s an enthralling race for the top four. Juventus sit in fifth, one point behind Napoli and AC Milan. They face Bologna, needing a win to keep their Champions League hopes alive. Napoli play at home to Hellas Verona, while Milan come up against second-placed Atalanta.

And finally, we’ve got the closing day of Ligue 1, where there could be a shock on the cards. Lille currently sit one point ahead of titans PSG.

A win against Angers guarantees a first title in ten years. If they drop points, it will hand Les Parisiens the opportunity to lift their eighth title in nine years, and their fourth in a row.