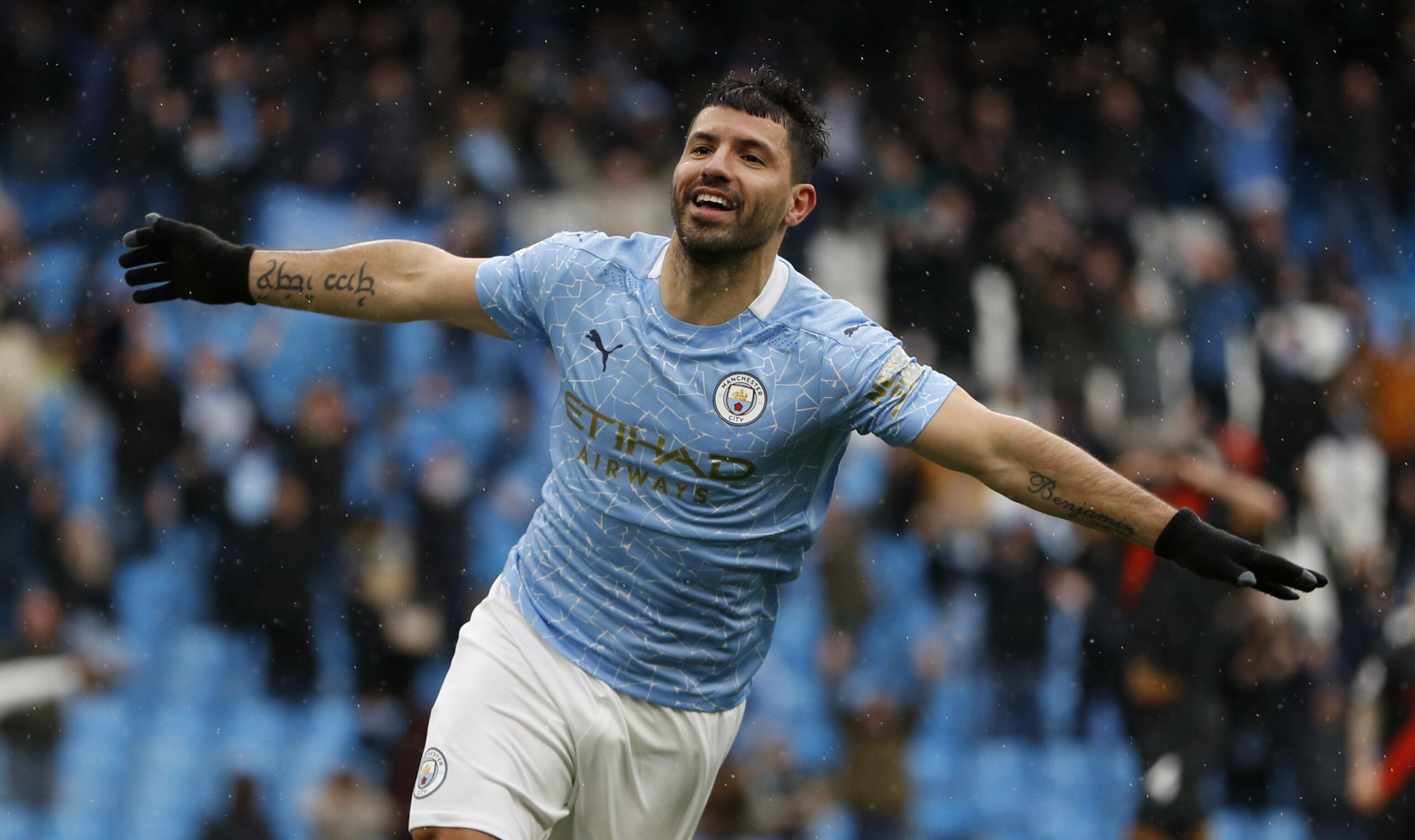 Nine long months, and we’ve finally reached the conclusion of league football across Europe – and what a season it has been.

The behemoths of Juventus, Celtic, Paris Saint-Germain, Real Madrid and Barcelona were all toppled, David Moyes salvaged his reputation, records were broken, and we got the fans back in for the closing stages.

There’s a lot to be talked about from the last seven days of European football. Cup finals, league titles, Champions League races. But that’s not what we’ll be discussing on this week’s Monday Briefing.

Instead, we’ll be honouring some of the best strikers in the world. Yes, they get praised all the time, but when they’re this good, it’s difficult to ignore them.

Sergio Aguero bows out in style

Yesterday, the Premier League lost a legend. After ten sensational seasons, Sergio Aguero played his final game for Manchester City. He will be available on a free transfer, and all the signs are pointing towards a move to Barcelona.

In his final game, he faced Everton, who needed a win to keep up their hopes of European football. It wasn’t looking like an easy game.

Aguero started the game on the bench, and watched on as his side raced into a 3-0 lead thanks to strikes by Kevin De Bruyne, Gabriel Jesus, and Phil Foden.

In the 65th minute, he was subbed on for his final appearance in front of the City fans. What followed came as a surprise to absolutely no one.

Six minutes after coming on, he got the fans off their seats with a classic Sergio Aguero goal. He received the ball in the box, twisted past Mason Holgate, and clinically finished into the far corner with the outside of his right boot. It was his 259th goal for the Cityzens.

And number 260 was just around the corner. Fernandinho picked out the Argentine with a wonderful cross, and he planted home a header from 12 yards out to make it 5-0.

It was a fitting farewell from the striker, who has dazzled in England for the last decade. There will be a lot of debate over where he ranks among the league’s best ever forwards, but there’s no doubt that he’s up there. 184 goals, five titles, and possibly the most iconic strike in Premier League history.

Six players were inducted into the Premier League Hall of Fame over the last week. When Aguero retires, he will inevitably join them.

There is still one game left for Man City before the end of the campaign – a Champions League final against Chelsea. It would by typical Aguero if he could fire his side to glory just one last time.

Harry Kane has never won a trophy in his career. This is a fact that every football fan knows by now, because the media and Twitter have brought it up every five minutes.

But, while his trophy cabinet may be empty, his collection of individual honours is enough to make anyone jealous. Multiple Premier League Golden Boots, another at the World Cup, a PFA Young Player of the Year award, an MBE – it’s all very impressive.

On the weekend, he added two more to his collection. Playing against Champions League chasing former club Leicester City, the England captain hit a powerful volley through the legs of Kasper Schmeichel, and later assisted Gareth Bale as Tottenham Hotspur ran out 4-2 winners, securing a place in next season’s inaugural Europa Conference League.

The goal was his 23rd in the league, and the assist was his 14th. This ensured that he finished top of both the goal AND assist charts in the Premier League – becoming only the third player in history to do so after Andy Cole (1993/94) and Jimmy Floyd Hasselbaink (1998/99).

With the season over, people have been selecting their pick for PFA Player of the Year. Man City’s Ruben Dias appears to be the most popular choice, while Bruno Fernandes also gets a lot of attention. However, could anyone really argue if Kane won it?

The Englishman’s future has been the subject of a lot of attention lately, with the player himself practically begging for Man City to sign him (yes, we know he never explicitly said this but read between the lines, people). And can you really blame him for wanting to leave? A striker of his pedigree going trophy-less would be nothing short of a travesty.

Robert Lewandowski is 32 years of age. If you’ve played FIFA Career Mode before, you’d know that this is roughly the age when every professional footballer’s legs wither and die.

Some people are unable to separate video games from reality, and genuinely believe that this applies to the real world. Heck, I’ve seen some say they wouldn’t want Harry Kane because he’s too old at….27.

Well, in a shocking twist, it turns out that footballers are actually still useful in their 30s sometimes – and no one proves this better than Robert Lewandowski. In the last two seasons, the Pole has scored 103 goals in 87 appearances in all competitions. That’s absolutely crazy.

Lewandowski went into the final game of the season on 40 Bundesliga goals – level with Gerd Muller for the league’s record. Just one goal and he would make history.

Well, he had to wait for it, but the goal eventually came. In the 90th minute, Leroy Sane’s shot was spilled at the forward’s feet by Augsburg goalkeeper Rafal Gikiewicz. The 32-year-old calmly rounded the goalkeeper and slotted into an empty net.

41 goals in a single league season. FORTY ONE. That’s almost incomprehensible. And it becomes even more impressive when you consider that he missed five games through injury.

With a good Euro 2020, he could make himself the favourite for the Ballon d’Or, having cruelly missed out last season.

The league season may be over, but there is still plenty of football left to be decided.

Wednesday is when we get our first big game of the week, as Unai Emery’s Villarreal take on Manchester United in the Europa League final. It’s an opportunity for the Red Devils to end their four-year trophy drought, and a chance for Ole Gunnar Solskjaer to achieve his first piece of silverware at Old Trafford since returning as a manager.

Toulouse play Nantes in a two-legged play-off for a place in Ligue 1, while Cologne play Holstein Kiel. But the big play-off game comes on Saturday at Wembley Stadium.

Described as the most expensive game in football, Brentford and Swansea City play each other in the Championship play-off final. The Bees are looking for their first taste of top-flight football since 1947, while Swansea are looking for a return to the Premier League after their relegation in 2018.

And later that day, it’s the big one. Manchester City vs Chelsea in Porto. The Champions League final.

For Thomas Tuchel’s men, this could be the difference between a good season and a bad one. They just about finished inside the top four, but lost in the FA Cup final to Leicester City.

European glory would signal a highly successful campaign, and remedy the heartbreak that Tuchel suffered with PSG last season.

For City, however, it would be the final piece of the puzzle in a highly successful era. They’ve won five Premier League titles, two FA Cups, and six League Cups since 2010. But one thing that has eluded them is the Champions League trophy. In fact, this is their first final.

A victory would also be big for manager Pep Guardiola. The Catalan has won this competition twice as a coach, but hasn’t got his hands on the trophy since 2011.

One of the biggest marks against his near-flawless managerial career is his failure to win the Champions League without the likes of Lionel Messi, Xavi and Andres Iniesta. A win on Saturday would go a long way to keeping the critics quiet.

It promises to be a cracker of a week.